CES 2020: Faceless, furry robots and other quirky gadgets from day one

Take a look at some of the more offbeat products at the world’s biggest consumer electronics show. 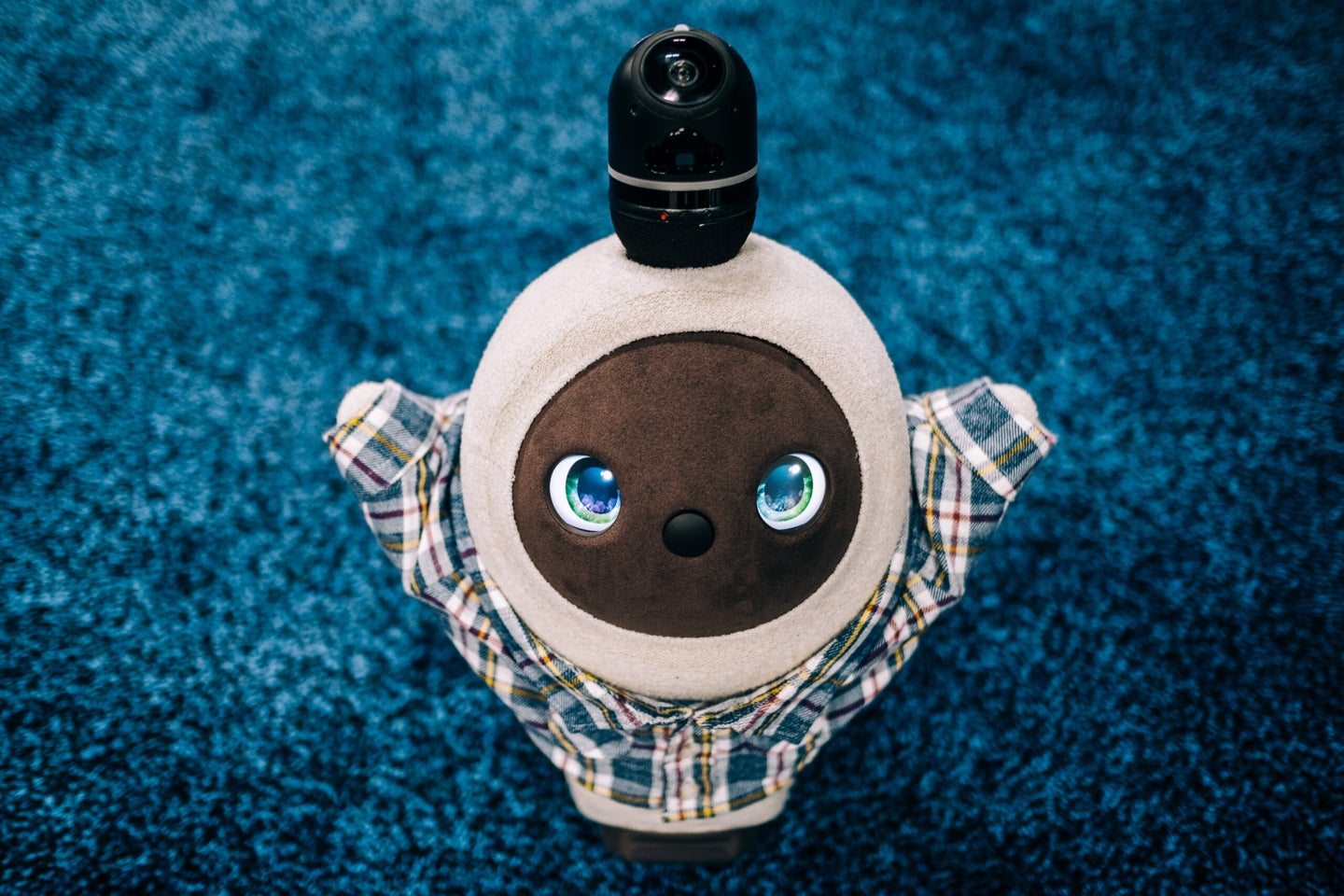 Walking onto the CES 2020 show floor for the first time is what I imagine it feels like to enter Jurassic Park. Everything is so huge and impressive that it feels both awesome and maybe like it’s a crime against nature.

The show floor officially opened today, and I’ll be spending time checking out the new products from the big companies. So far, I’ve been able to dig into some of the lower-profile gadgets making their debut here in Las Vegas.

Here’s a look at what’s new.

This adorable android first showed up at CES last year, but it was just a prototype back then. This companion bot has grown up into an official product and is almost as adorable as it is expensive. The Lovot uses a sensor array in its horn to navigate your home and interact with your family. It can follow you around and bat its lifeless eyes at you. That privilege, however, will cost you nearly $3,000, plus a monthly subscription fee that starts at more than $80. For that price, maybe put a Furby on a Roomba and then get yourself a well-loved Honda Civic.

One of my favorite products that I came across today uses some of the simplest tech to achieve its purpose. Celestron’s new scopes include a mount for your smartphone with a polished mirror that lets the mobile’s camera look into the night sky. The companion app also helps you locate specific celestial objects to view. The app is calibrated to the telescopes—there’s a $200 refractor and a $400 reflector—and on-screen arrows guide you to manually move the scope to see the right bit of sky. Sure, there are motorized versions of this tech that work more accurately and efficiently, but this is a great option for someone just getting into the hobby of hanging around in the dark.

If you don’t need a face on your robotic companion, the Qoobo might be the right call. It’s essentially a motorized pillow with a moving tail that simulates the effect of cuddling with a live animal. It’s useful for people who don’t have the physical capacity to care for a live pet, or those who just wish their couch’s throw pillows were alive.

Last year Withings introduced its first smartwatch with built-in ECG tech to keep tabs on your heart rate using medical-grade methods. Now, the company added Spo2 sensors so it can help track the symptoms of sleep apnea. It will hit the market in Q2 of 2020 for $250 or $300 depending on whether you choose a 38mm or 42mm face. (Someone should tell the snoring guy I sat next to on my flight about this.)

For $279, Prinker takes graphics from a smartphone app and literally prints them onto your skin using cosmetics-grade ink. The graphics look a little faded compared to real ink dug into your skin, but they last up to three days and come off easily in the shower.

I watched this prototype of the Juno Chiller spin a can of Sierra Mist in its enclosed water bath for roughly 90 seconds. The system twists one way, then the other to prevent carbonated drinks from exploding out. In my case, the soda went in at room temperature but came out as cold as it would have straight from the fridge (and a little wet). The final version will be able to chill an entire bottle of wine to its ideal temperature in roughly five minutes. It will ship for $299 later this year.

This robotic massager promises blended orgasms impressive enough to win it a CES Innovation Award at last year’s show. Unfortunately, complaints about the product being “obscene” rolled in. Even more unfortunate: the organization rescinded the award as a result of the griping. Since then, however, CES has changed its policy on products that could be considered sex toys and the award has been reinstated. The company brought two new versions of its products to the show this year, essentially splitting apart the original blended orgasm machine, so you can choose the clitoral or vaginal stimulation on their own.

U by Moen Smart Faucet

Ask Google Assistant to pour you 32 ounces of 102-degree water and Moen’s smart faucet will handle that request with no problem. It comes in nine different designs and ties into the company’s overall plan for water management, which includes its Flo water security device and its smart shower, which debuted back in 2017. Later this year, Moen plans to rope all of its products onto the same app, so you can measure your usage and habits to get a complete picture of how much H2O you’re consuming. I’m personally interested in this because developing photographic film requires specific water temperatures. But I’m the only person who cares about that.

Getting babies to sleep is a challenge that Hatch tackled with its earlier products. Now the company is betting big on its ability to help adults do the same and wake up with methods more efficient than blaring alarms and putting on reruns of The Office. The Hatch Restore glows in a variety of colors meant to mimic sunrise and sunset to trigger your natural sleep responses, but it can also guide you through timed meditation or just illuminate the room so you can read. It’s touch-sensitive, which means you can tap it to move through pre-programmed routines. It will ship later this year.

Most smart locks simply attach over a current deadbolt, which requires a large motor to replace. Level, however, installs into the mechanism itself so you can keep the locking lever you already have. It uses both Bluetooth and Wifi, meaning you can keep it off the web completely and still control it remotely if you’re concerned about security. It will cost around $250 when it’s becomes available later this year.

Using video, health records, and movement data from more than 60,000 dogs, Whistle has created a database of information to tell whether your dog’s tics stem from a health problem or just normal canine activities. The company also announced a simplified $79 version of its activity tracker that goes on-sale soon. If you have a fat dog, or your pooch is constantly scratching itself, it could be time to get it a wearable.

Hair sprays are wasteful because the bottled chemicals require stabilizers and propellants to work. Reduit’s system, however, emits a super-fine, highly concentrated mist of product into your mane that it claims drastically improves absorption while reducing waste. There’s currently a waiting list, but the company should start shipping later this year.