Oculus Rift Vs HTC Vive: Which Should You Pre-order?

Get ready to be virtually broke 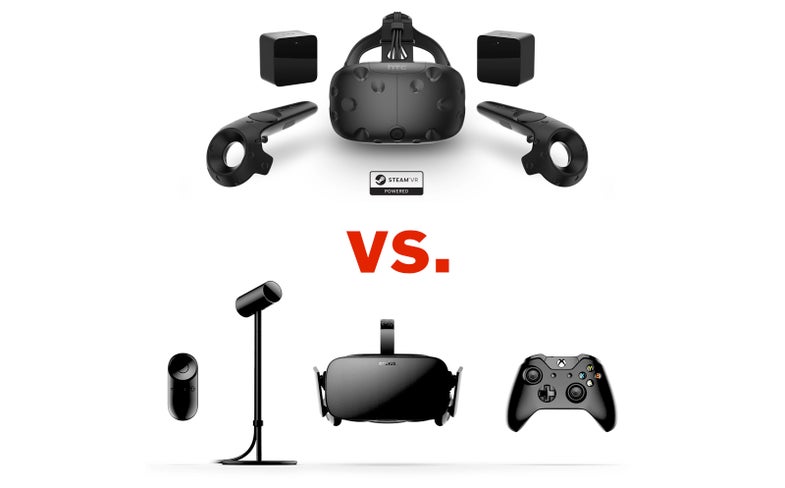 The Oculus Rift and the HTC Vive are on their way to market. After months of rumors and hype, you can now finally buy pre-order both virtual reality headsets online: the Oculus Rift went on sale first in January for $599 and is expected to ship in March, whereas the HTC Vive went on sale in late February for $799 and is expected to begin going out to buyers in April.

The Facebook-owned Oculus kicked off what we know to be the modern virtual reality wave, and many companies iterated on the company’s ideas. Among them, but certainly not the only one, was Taiwanese electronics giant HTC. In a partnership with Valve, the folks behind PC service Steam (and game we’ve all spent too much time playing, Portal), HTC has devised its own VR helmet. And both are awesome.

With both virtual reality devices coming in 2016 and opening their doors for preorder, it can be tough to choose which one you’ll get. But with price tags reaching the stratosphere, you’ll want to make the right choice on your coolest PC accessory yet. Console-focused gamers, your VR priorities lie elsewhere. Those faint of wallet turn around now. 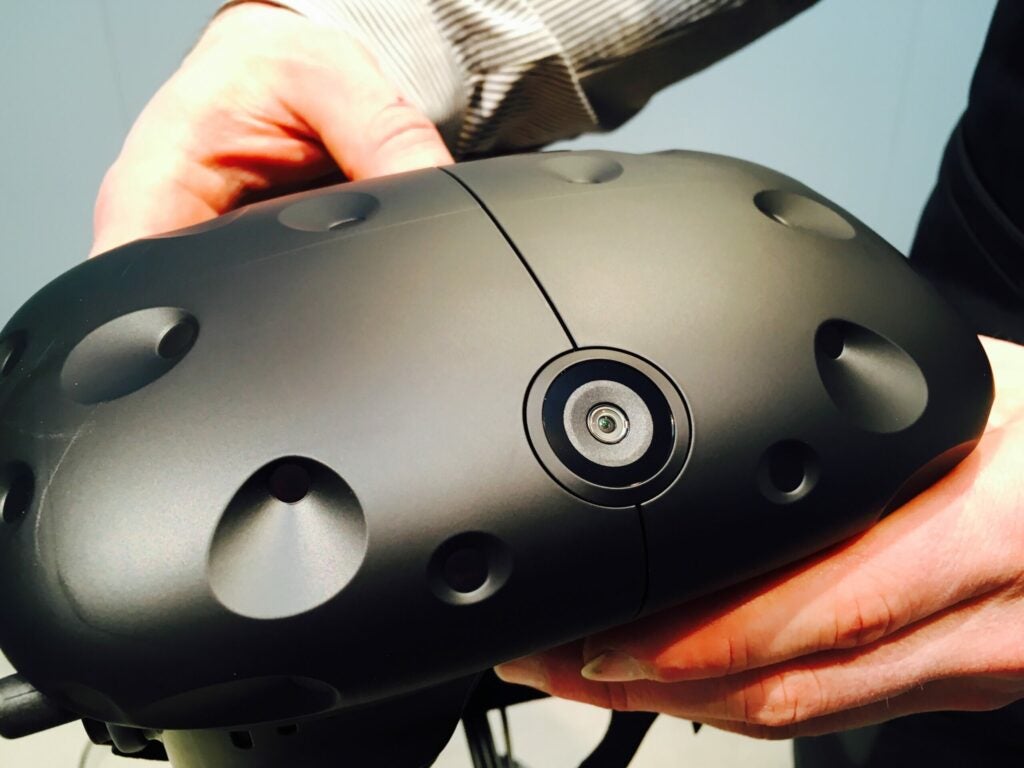 The newest HTC Vive cleverly puts a camera on the front of the device.

The best things in life are too expensive

Preordering the Oculus Rift will cost you $599. Putting money down for the HTC Vive will run you $799. HTC Vive hopefuls can look forward to their device arriving around May 2016 while Rift buyers can expect their VR helmets to start shipping in late March if you were quick to buy, or July 2016 if you buy yours right now.

For either headset you buy, PCs of this caliber run at around $1,000. And that’s a separate cost from the pricey VR headset.

The Oculus Rift, however, may bring a better pre-order bundle, if only for one title: EVE: Valkyrie. We played the space shooter back at Playstation Experience in December and the game will come preloaded on Oculus Rift units that are purchased right now.

In addition to EVE, Rift buyers will get Lucky’s Tale. The game follows a tiny fox that looks a little like Tails from the Sonic the Hedgehog games of old. The platformer offers a very kid-friendly look and will likely serve as a good time-waster. Named after Oculus’s founder Palmer Luckey? We’ll never know. 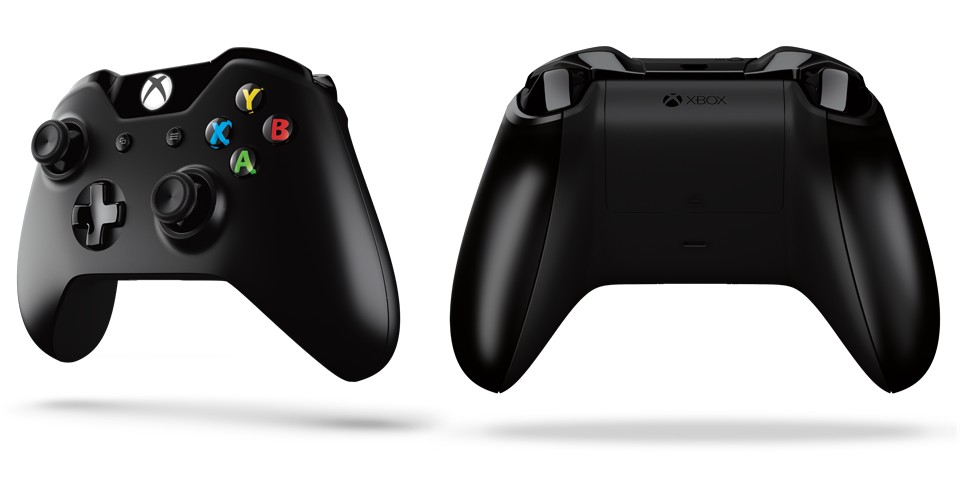 Xbox One Controller, ships with every Oculus preorder

What else you’re getting for that price

The Oculus Rift comes with an Xbox One controller. Not quite one of Microsoft’s Pro controllers, but a quality button-box nonetheless. If you own an Xbox One, the purchase of an Oculus Rift is even more beneficial for you. The Rift will also ship with an Oculus Remote, presumably for use with watching video in VR.

The HTC Vive on the other hand will ship with an HTC custom controller for each hand. While not an Xbox controller, they will be made for a VR experience and will allow for motion control out of the box. Oculus Rift’s motion control-supporting controllers will arrive later this year.

Back at MWC 2016, we dubbed the HTC Vive the most futuristic VR headset around, still. The ability to walk around in virtual reality is something the Oculus supports, but HTC embraces. And features like the ability to connect your phone and see text and phone call notifications from within fire are a nice touch. Considering HTC has teamed up with Valve, we can expect that Steam will have greatest compatibility with the Vive and any games like Left 4 Dead, Portal or Half-Life 3 (confirmed) will hit Vive first. And the Vive has a camera on the front that lets you peak into the real world without removing the headset.

Oculus may not have a game delivery service on the level of Steam, but they do have the power of Facebook behind them. Oculus was acquired by the social network in 2014 for $2 billion. And Zuckerberg isn’t looking to let that go to waste.

But it isn’t just social apps, Oculus also has 100 games coming to the Rift this year, including Rock Band and Minecraft. And with the Samsung Gear VR, there’s the possibility of apps that require less horsepower coming to Oculus’s more high-end headset. We could even see a future where those really wanting to lighten their pockets would spend the extra $200 that the Vive demands on a Gear VR for the road. Perhaps one day this will be viable. 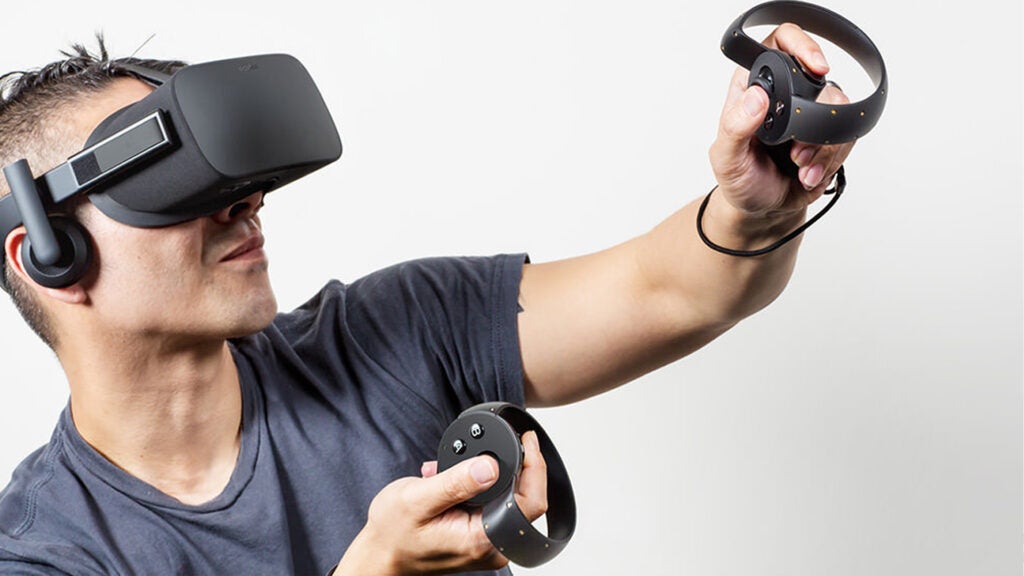 And The Winner Is…

While both headsets are great, for now we’d have to recommend your pre-order go to the Oculus Rift. Provided you already have a PC, the Rift is $200 cheaper and comes with EVE: Valkyrie. And Xbone owners can look forward to the extra controller that comes with the VR headset.

The HTC Vive offers more advanced technology (the existence of a camera on the exterior cannot be understated). But until the software library offers a killer app that makes the device a must buy, Oculus’s Rift is smarter pre-order.