Will ‘Friday the 13th’ Change Horror Gaming Like It Changed The Horror Film?

With the official license, Gun Media will create a sandbox style slasher game based on the classic horror film 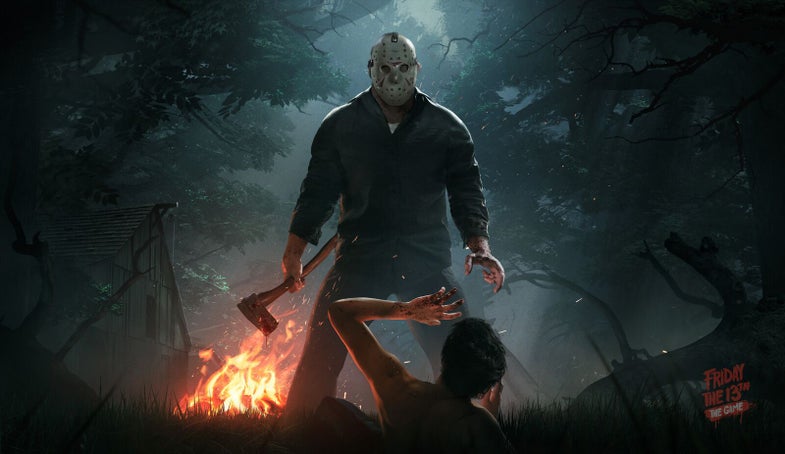 Horror games have been getting bigger and better in recent years, as titles like Until Dawn and even the independently produced Five Nights at Freddy’s have received much praise for treading new ground in the genre.

But while those titles are single player, Gun Media, the studio behind Hard Lander, Breach & Clear, and Dead Line, is developing a giant, sandbox style slasher game, pitting hapless camp counselors against a machete-wielding marauder.

And while they’re still raising money to finish it with an ongoing Kickstarter campaign, they’ve got one advantage they didn’t have a year ago: the license to call it Friday the 13th.

At the time of this article, Friday the 13th The Game has raised over $588,000 on Kickstarter out of its $700,000 total goal, and has 11 days left to go. But the project won’t see a dime unless it makes it to the full fundraising goal in time, putting the game’s creators at Gun Media in their own sort of real-life thriller, albeit one where the outcomes are less violent and gory than the iconic horror franchise but no doubt terrifying in their own way.

From homage to license

Randy Greenback, executive producer for Gun Media, is slightly exhausted. But as the finish line is slowly coming into view, he hopes that soon, he will be able to look back on the project’s success. To understand how he got here though, we have to go back to October 2014, when the game was starting to buzz.

About that time, the license-holding producers for Friday the 13th announced they were making a game, which could have been a nail in this game’s coffin. “That kind of put us in an uneasy place,” says Greenback. But his team decided to forge ahead with its own project.

Then the unthinkable happened.

“We started getting emails from representatives for [producer] Sean Cunningham,” who was inquiring if they wanted the license, since they’d already been building the game Cunningham wanted to see made.

At that precise moment, the game went from homage to near-infinite resources–with things like behind the scenes stills and maps of the actual camp–that would surely help make the game more authentic and provide a better user experience.

Greenback is still a bit incredulous that his studio’s fan-letter-style imitation game was offered the license for the very property they were paying homage to. 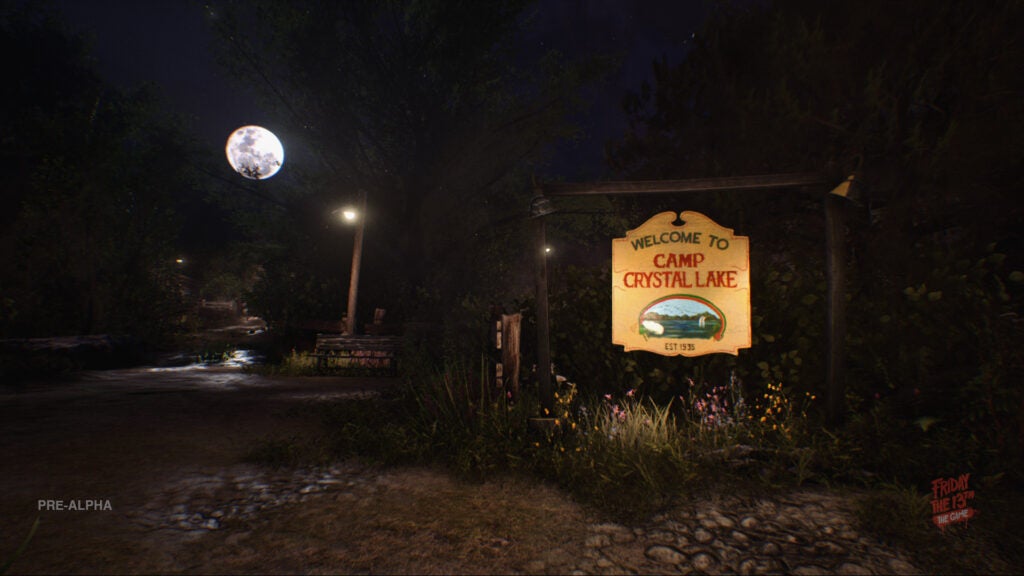 “I’ve been in the game industry for over 21 years now,” says Greenback, “and I’ve never seen any project that I’ve worked on, or that anybody I know has worked on, that has gone this way where the game started as a homage to a licensed IP and then midway through all of the sudden that actual license is gifted to the studio.”

Delivering on the promise

There was one drawback to this gift, though. The production team was suddenly faced with the eyes of a cult classic’s collective fans and with that came more demand, more pressure, and a lot more at stake. Cunningham has other priorities as well, including a new movie coming out in the next year or two, so with a new deadline and more content to be demanded, the team is under the machete.

There are similar games out there that the production team could use as a starting point, but most of them are variants of the “juggernaut” mode on first person shooters, where one player has a lot of health and a lot of weapons, and the others try and stop him. The closest thing out there might be a Half-Life 2 mod called The Hidden, which pits players against a superior predator. But that’s not a fully produced, studio-licensed blowout of a sandbox game.

Friday the 13th, one the other hand, is all of those things. Or at least it was before the big change.

Luckily, not much is changing aside from new features and skins. “The core of the game remains the same,” says Greenback. It’s a multiplayer game at the core, where the camp counselors are trying to survive the night, and the killer’s goal is just to kill everybody.” 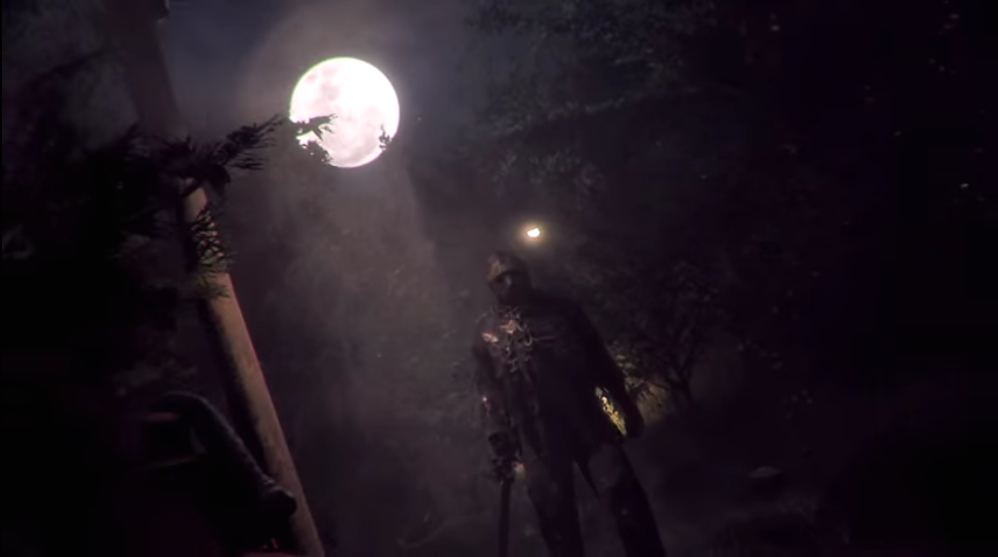 Like the film franchise, that’s always at the core.

“What has changed is that the fan expectations are pushing [us], Greenback says. “Fans expect things that we were not planning to do. Like they want to see every one of their Jasons from every movie in the game—every sort of variant. We want to give them that.”

Greenback says there are even requests to play as (spoiler alert) the first killer from the first film: Pamela Voorhees. “They’re so enamored with all the movies, and they want to see them reproduced faithfully.” 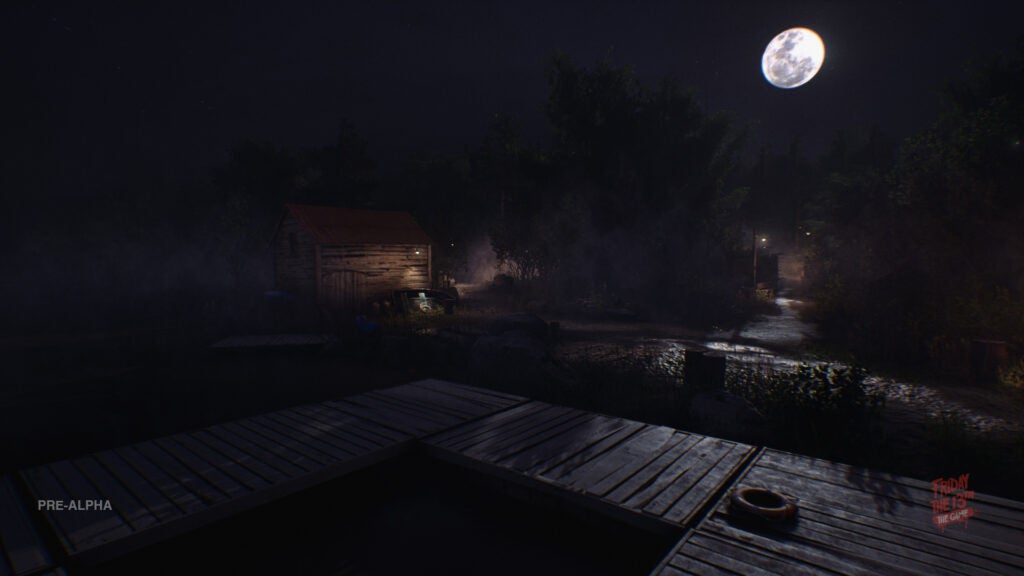 He says the team has worked to make the game as familiar and authentic as possible, meaning more maps and more locations, too. That’s what’s tacked on the extra time and costs. “Every kill we need to recreate from the Friday the 13th movies… takes time and money.”

And the fans want everything.

“We’re getting a lot of people asking, ‘Are you going to be doing Jason in space… are you going to take him to Manhattan?’ We were planning on having at the beginning one large map that’s homage to camp Crystal Lake. It was massive, it was pretty much 1:1 for size to what you’ve seen in the movies.”

While the fans have had demands, Cunningham, for his part, has asked little of the team. “At the end of the day he wants us to treat the license with respect,” says Greenback. “The whole reason he came to us with the license was that we already were, even when we weren’t the official Friday the 13th licensed studio.”

Greenback says Cunningham has really been doing everything he can to help him and his team accomplish that. “He’s given us access to anything that we could think of and anything we could imagine that he could provide says Greenback. The team has received production stills, behind-the-scenes information and diagrams, and even background knowledge about the movies’ original production.

Think of it like having the historical figure you’re writing an essay about on speed dial. “Whenever a question hits our heads and we start batting it about the office, we can just call Sean and say hey we would like to know what some of the variations on Jason you were considering going into the 7th movies,” says Greenback.

Gameplay, and surviving the night

As for the game, Greenback says, “we are really creating a sandbox for players to plan, and giving them the tools to kind of make these the scenes and re-create them from the movies and do that in the game.”

Greenback says he wants the player controlling Jason to feel inventive and creative. “We’re putting the power in the players’ hands to kind of make these cool moments in the game that hopefully they’ll remember for years to come.”

Here’s how the game works. You as a camper have several means of surviving the killer: You can run, hide, call for help, or even get a broken-down truck to start running. You can work together with other campers, or fly solo—and you can even (temporarily) stop the killer.

There are also several obstacles that players might come across along the way. For example, counselors might go into a cabin and rummage around for a flashlight. But before they can do that they might have to fix a power box to turn the lights on for the section of the camp where they are. Or if they go to the lake to use a boat, they might first have to find parts to fix that boat. 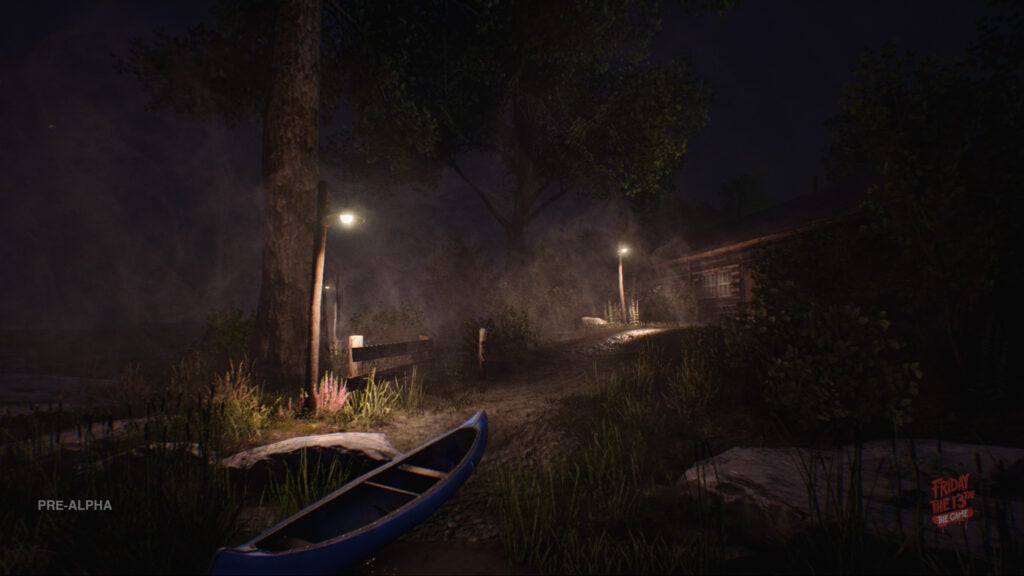 Jason’s job is to kill the counselors and ultimately stop them from completing their objectives. That can be hard, according to Greenback, when there are seven counselors and one killer. “That’s the one thing the counselors have on Jason: They divide his attention.”

That said, your survival isn’t dependent on your teammates. If you have the chance, you can always leave without them to escape.

Greenback does acknowledge that there is a clear way to take Jason down as a group, but he says that only the “most adept players will be able to do that.” He says that it involves a lot of coordination but that he isn’t giving any hints on how to pull that off.

During the game, counselors will take classes that will make some tasks easier or harder. You’ll also have control over the costumes and skins, and the idea that everyone could coordinate to look like they’re in Part II sounds pretty great.

So whether you decide to stick together, hide under beds or in closets, or split up to execute an escape plan, it sounds like the game will be a suspenseful flow of activities.

The final release date has yet to be announced, and though they’ve received the license, the studio is still depending on Kickstarter contributions to finish their product.