When they’re feeling frisky they make a big stink about it. 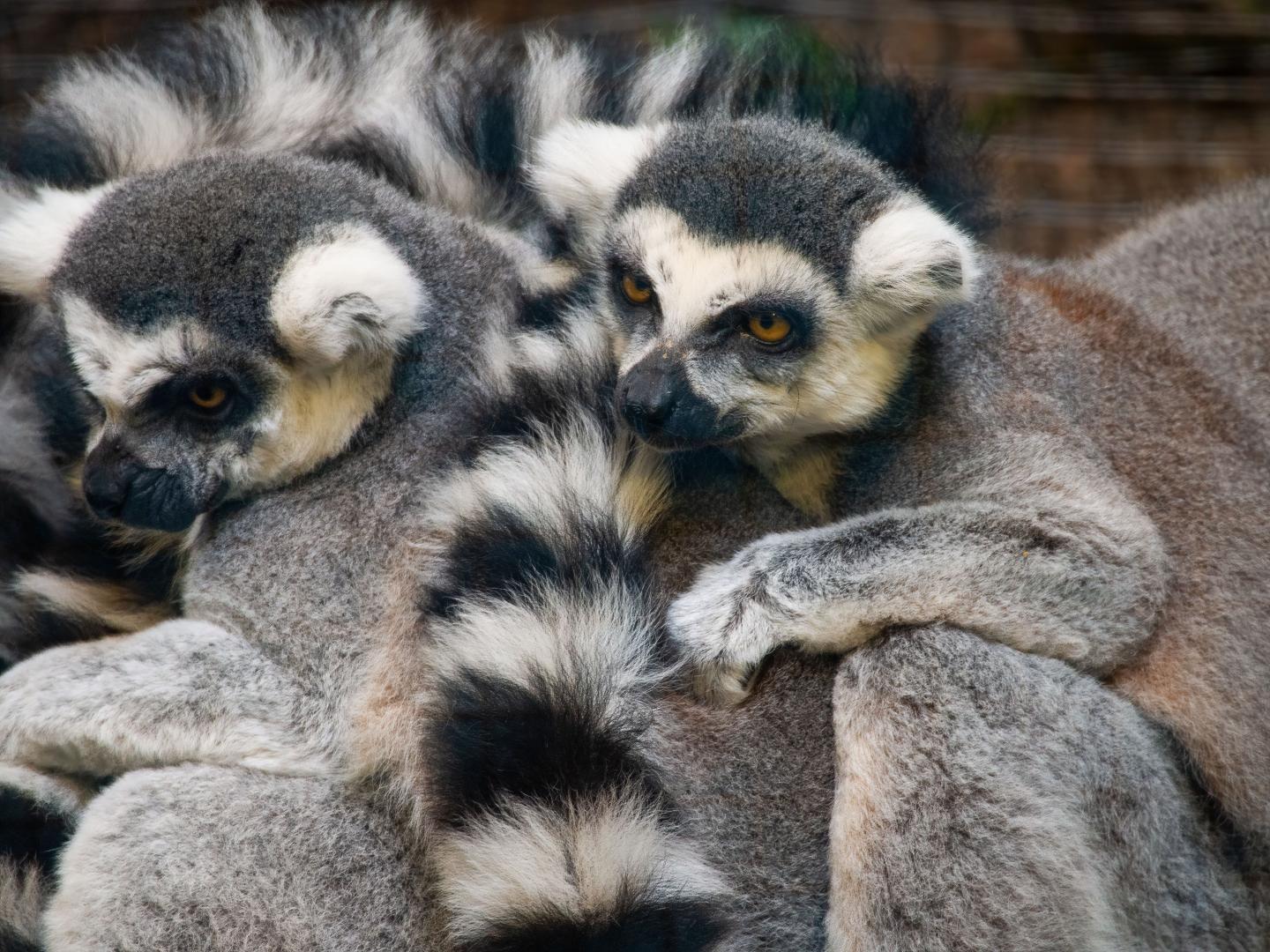 For ring-tailed lemurs, love stinks. They practically use body odor as a pick-up line, with ring-tails rubbing their fluffy tails into scent glands on their wrists so that they might wave the aroma around enticingly.

Lemur researchers have witnessed this behavior in the wild for years, and knew the stinky courtship ritual was uniquely important to the animals’ way of life. But they weren’t sure what exactly made the smell so intriguing to females. In a paper released earlier this month in Current Biology, olfaction experts at the University of Tokyo break down the chemistry of this natural cologne in the hopes of unlocking its sexy secrets.

The researchers started by analyzing the smelly liquid secreted from male lemur’s wrist glands. They collected samples twice per month for several years and checked which kind of chemicals were at play. They found that three different odor compounds were most abundant during breeding season: dodecanal, 12-methyltridecanal, and tetradecanal.

“This is the first time that pheromone candidates were identified in a primate,” author Kazushige Touhara, a scent expert at the University of Tokyo, told Popular Science in an email.

The researchers also artificially bumped up a young lemur’s testosterone levels during the non-breeding season, imitating the hormonal shift his species usually goes through during that period, and saw the odor compounds increase accordingly.

Adam Hartsone-Rose, a lemur researcher at North Carolina State University not involved in the study, says that while the researchers examined a behavior we already knew about, they did the first deep-diving into the chemistry that drives it. “This study did a fantastic, really thorough job of unlocking those little microscopic keys,” he says.

With the chemical cocktail sorted out, the scientists turned to better understanding how females react to it. They soaked cotton pads with different combinations of the crucial odor components and left them for lady lemurs to investigate. But when it wasn’t breeding season, those lemurs didn’t give a hoot about sniffing out the male-scented cotton balls.

Similarly, the lemur gals didn’t show much interest in the three chemical scents presented separately. They were most curious about the natural-esque blend of the three compounds, spending more time taking a whiff of what could be the cologne of a potential mate than any scent in isolation.

While the results do show that female lemurs take an interest in these scents, especially when it’s a frisky time of the year, further research and observation is needed to prove that the smelly signals are a crucial component of reproduction. “If they are sex pheromones, the odors must help mating, which has not been proved in this study yet,” says Touhara.

If that’s the case, this scent bomb could perhaps be used to help ramp up reproduction for the species, Touhara says, as they are currently endangered. Perhaps all we need is these three chemicals and a couple of wagging tails to get love in the air, at least for these smelly little flirts.