The mathematical prodigy didn’t care to stick to one subject of study—and he never bothered to get a doctorate. 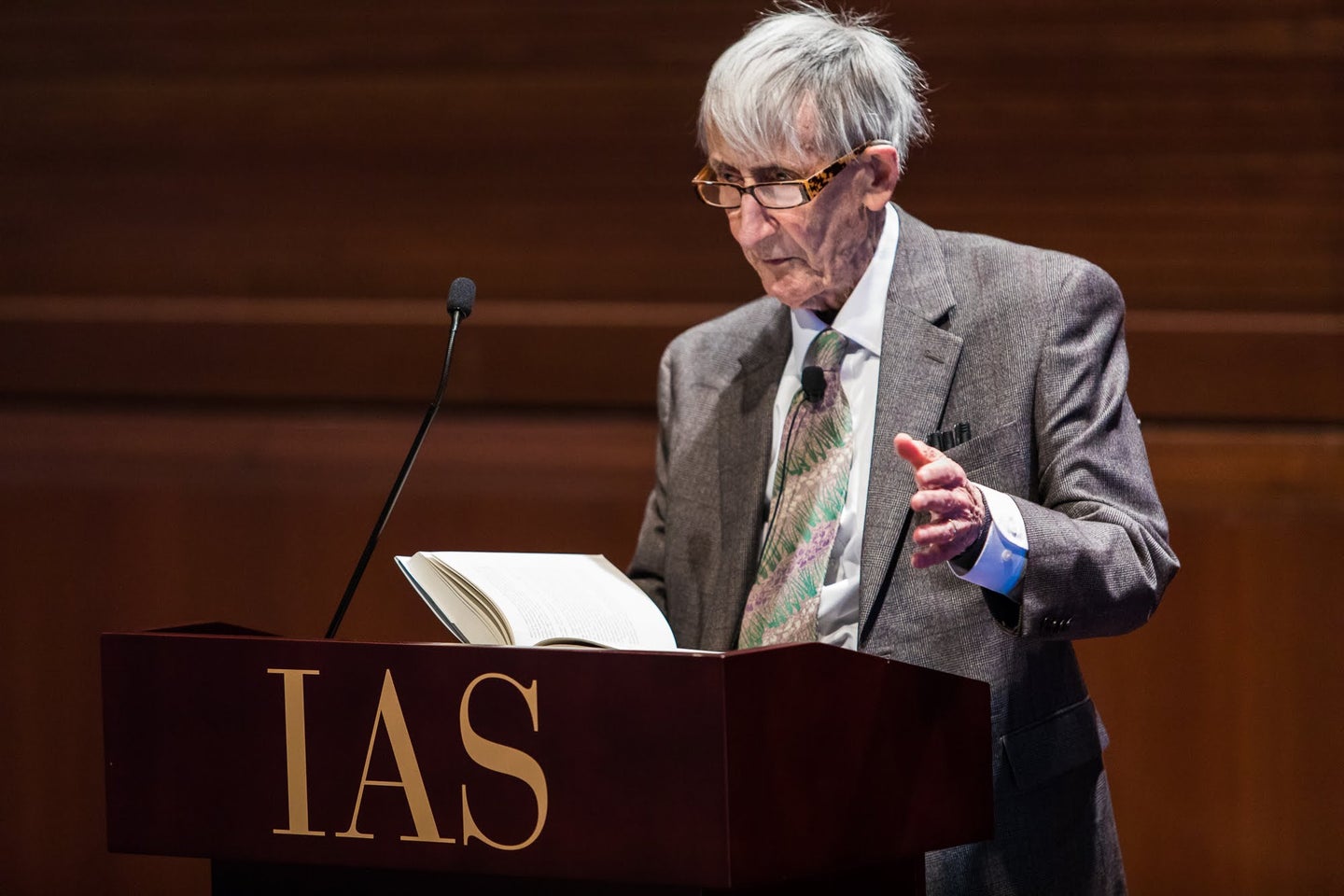 Theoretical physicist Freeman J. Dyson, known for his work across multiple scientific disciplines, passed away on February 28 in Princeton, NJ according to a press release put out by the Institute for Advanced Study.

Born in 1923 in Crowthorne, Berkshire, England, Dyson did his undergraduate studies at Cambridge, taking a short break to work as a scientist for the Royal Air Force Bomber Command during World War II. He then went on to graduate school at Cornell University in 1947, where he never got around to completing a Ph.D.

Dyson was a mathematical prodigy who started his career on the right foot, publishing a landmark paper during his graduate studies in 1949 that would help advance the theory of quantum electrodynamics. His insights would lead to a better understanding of quantum mechanics and special relativity, a “Rosetta Stone of physics,” according to the IAS release. Two years later, he would become a professor at Cornell (still sans-doctorate degree) before eventually joining IAS.

The three scientists whose theories inspired Dyson’s 1949 paper would go on to win a Nobel Prize in 1965. Years later, he told The New York Times Magazine there was no envy there—that kind of devotion to one kind of problem just wasn’t his “style.” After his stint at Cornell, Dyson would go on to work on projects like designing the nuclear Triga reactor.

His personal favorite endeavor was Project Orion, a spacecraft that was supposed to be powered with nuclear bombs to travel the solar system, an idea that would be shut down by the Limited Nuclear Test Ban Treaty, reports the New York Times. He recalled the project as “the most exciting and in many ways the happiest of my scientific life,” according to IAS.

Dyson was critical of the scientific establishment’s devotion to and dependence on mathematical abstractions. This bled into his later criticism of the accuracy of climate modeling, and disagreement with the scientific community’s urgency to pursue climate change efforts because of them.

In his later years, he considered himself an environmentalist “in love with frogs and forests,” but was critical of the focus on climate change over what he defined as more “urgent problems” like overfishing and habitat destruction, as he detailed in a Boston Globe op-ed published in 2015 in response to the Paris Climate talks.

Dyson wrote several books throughout his life, from Disturbing the Universe in 1979 all the way to his autobiography Maker of Patterns in 2018. Even in his 90s, he was still working on in the scientific field, like mathematically analyzing a colleague’s paper on how to do clinical trials effectively while minimizing deaths.

“When I retired as a professor of the institute, I kept all the privileges,” he told Quanta at age 90. “The only thing that changed is the paychecks stopped coming.”