Four stargazing gadgets to try even when it’s raining

From simple star stickers to an advanced AR app, our list appeals to any luminary. 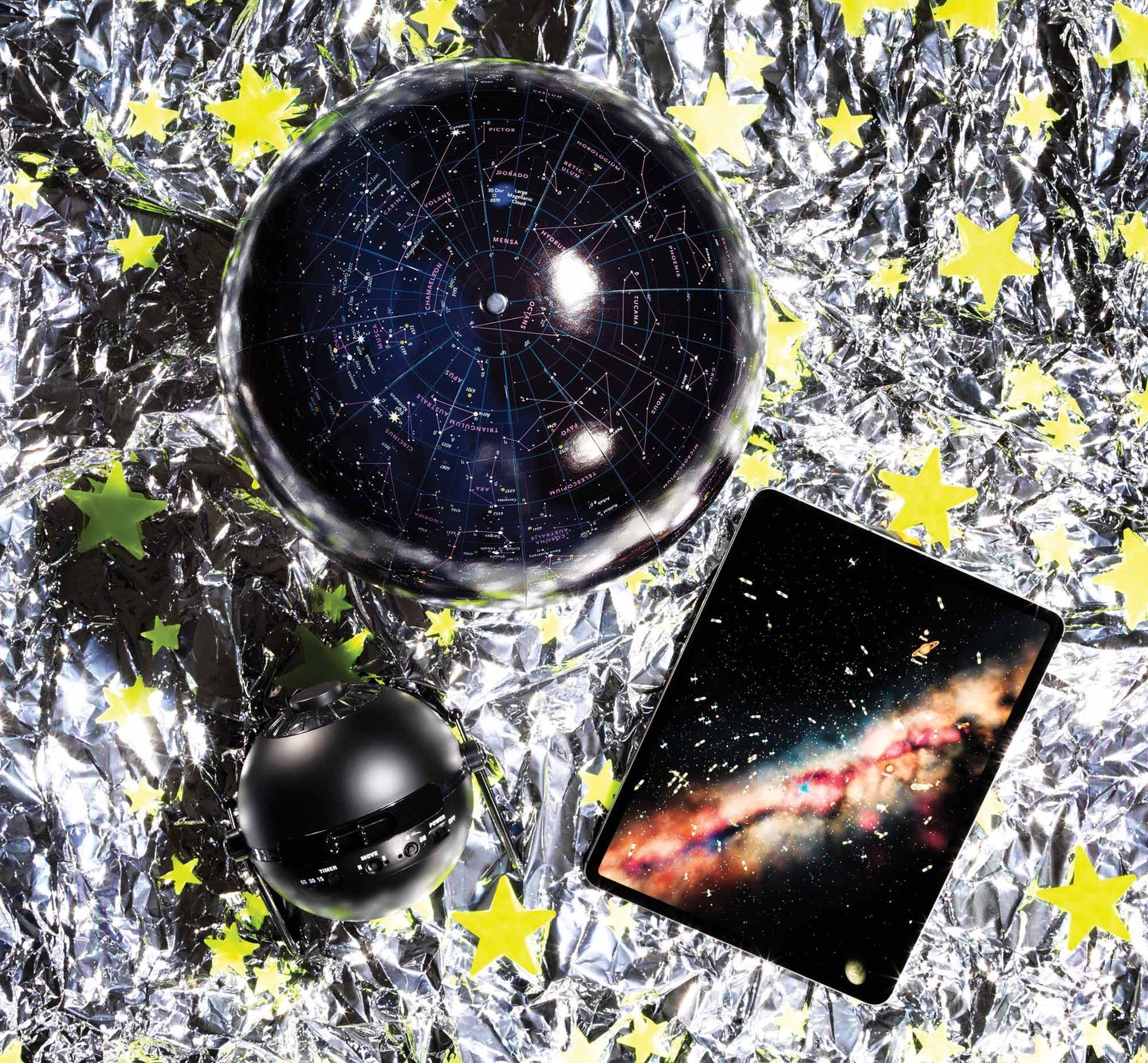 Don't let clouds or weather get in the way of seeing the stars. Brian Klutch
SHARE

In the backcountry, peering into the Milky Way ­requires nothing more than waiting for nightfall, stepping outside, and looking up. ­Return to civilization, though, and light pollution washes out the dotted sky. If you can’t make your way to a dark corner of the planet, use these gadgets as stellar (and bug-free) substitutes for outdoor stargazing.

Navigate the night sky and visualize Earth’s place in the universe with the 12-inch Sky & Telescope Celestial map. It reveals the location of 2,394 stars, identifies 194 of them by name, and outlines 88 constellations—so you’ll know what you’re looking at.

Bring the Big Dipper, Orion, and other constellations into your living room with the Sega Homestar Home Planetarium. Its three-watt LED projects 60,000 stars from the northern ­hemisphere in a circle nearly 9 feet wide across your ceiling.

To explore the cosmos in augmented reality, just point your iPhone or iPad toward the heavens. The Night Sky app uses your location and the orientation of your device to identify planets, stars, and even satellites streaking across the universe above you.

Create your own otherworldly constellations or map the heavens with Glow Stars Supernova. Each box contains 200 plastic pieces and putty to stick them to the walls without ruining the paint. The phosphorescent material will glow for up to 15 hours.