The “outbreak” rate across the U.S. has increased since the 1970s. 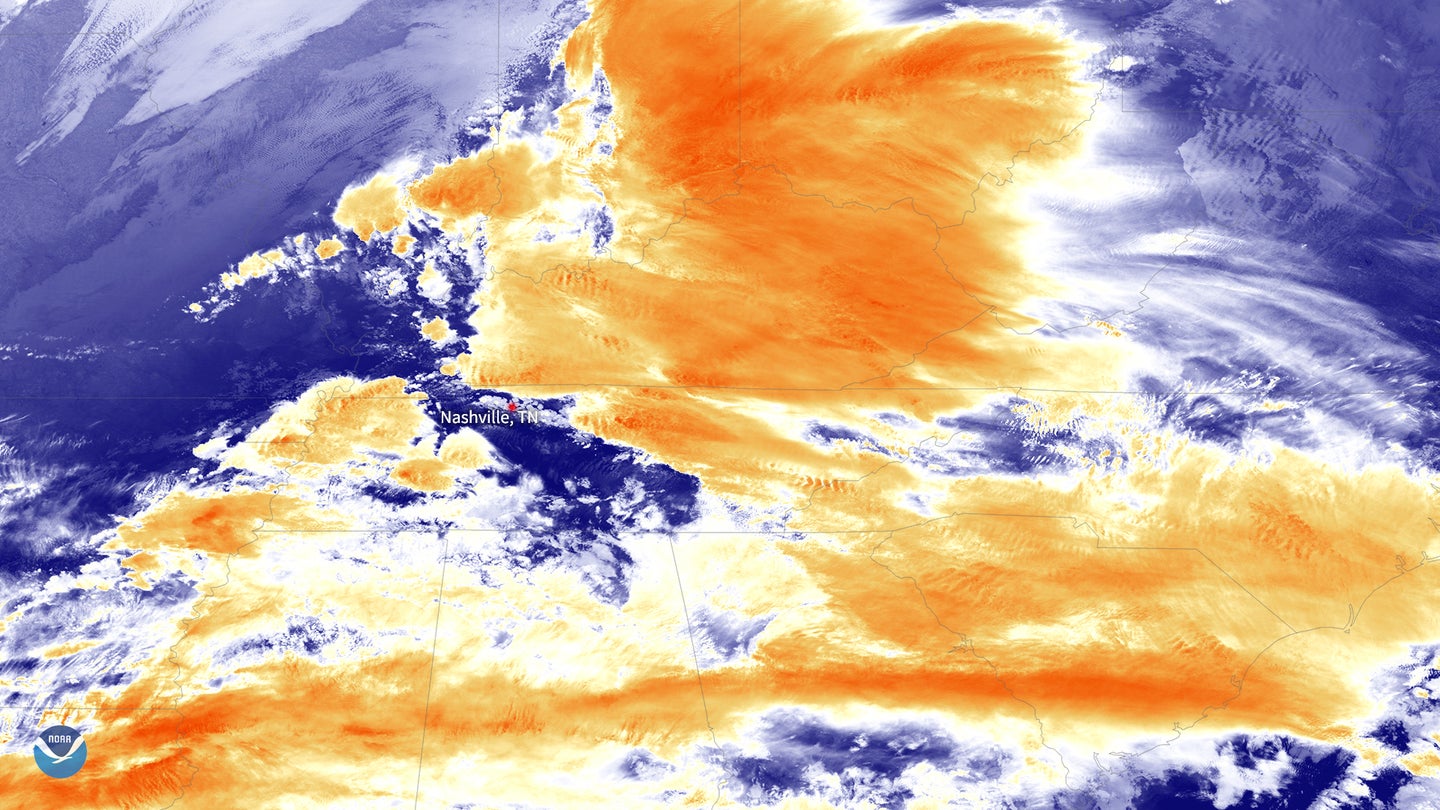 A weather satellite picked up on the string of violent tornadoes that blew through Tennessee early last week. NOAA
SHARE

On March 3, seven devastating tornadoes tore across a 50-mile-plus swath of Tennessee, killing around 25 people and destroying hundreds of buildings. The winds reached up to 165 miles an hour during the worst storm, which was categorized as a “Strong” EF3 twister—one notch below the EF4 and EF5 “Violent” category.

In addition to dangerously high speeds, the tornadoes took Tennesseans by surprise: They occurred between about 10 p.m. Monday and 2 a.m. Tuesday, when most people were asleep. The National Weather Service issued a tornado warning for Davidson, Sumner, and Wilson counties at 12:35 a.m., but evacuation numbers were likely still low.

“The intensity of the tornadoes and the weak structures filled with sleeping people in their path were a recipe for disaster,” says Kelsey Ellis, a hazard climatologist at the University of Tennessee Knoxville.

Although nighttime twisters are relatively common in Tennessee and surrounding states, many residents seem to be unaware of them. Looking to the future, it might also become harder to prepare for these disasters: Climate change could be causing tornado activity to shift from the Great Plains toward the Southeast and Midwest, according to several recent studies. The Eastern US has seen increased temperatures, moister air in the lower atmosphere, and generally more instability—trends that feed severe weather events. And while tornadoes will pop up all over the country, new hotspots are likely to form in the Southeast and Midwest in coming decades.

Overall, the number of annual twisters around the country appears stable—it’s their clustering patterns that are changing to consequence. Since the 1970s, the country has had a rise in “outbreaks,” when six or more severe storms hit a region in a matter of hours. These hazardous events caused about 79 percent of all tornado fatalities between 1972 and 2010.

The onset of tornado season has also become more unpredictable: Scientists estimate that the peak dates moved up about 12.6 days from 1979 to 2013. Historically, the US would see its most violent twisters in April and May.

Climate and weather researchers are working to identify a clear link between human-driven changes and tornadoes, though there’s no definitive evidence just yet. Part of the reason is because “outbreak” reporting is prone to errors. “Tornado data are plagued with population bias and reporting issues, especially earlier in the record, so it is hard to say that does not play a role in some of these findings,” Ellis says.

Ultimately, meteorologists are pinning Tennessee’s recent tragedy on ineffective warning systems and inadequate access to safe shelters, Ellis says—good news in the sense that the social risks are probably more preventable than the climate ones.