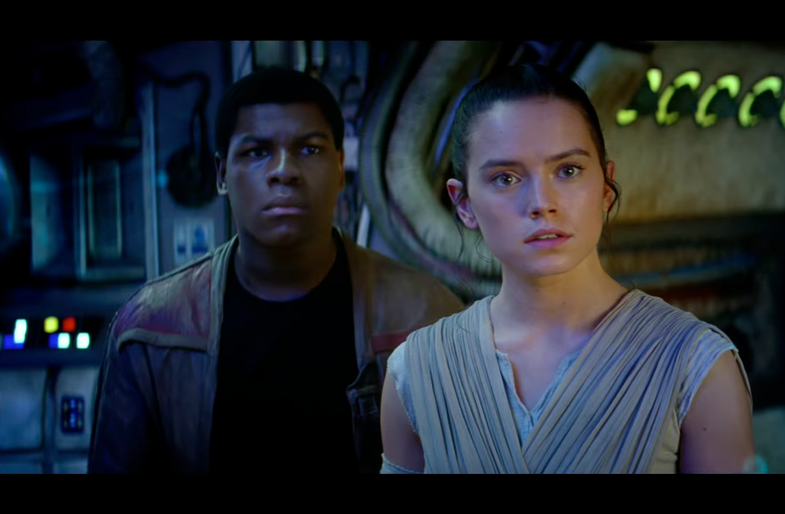 The new Star Wars: Episode VII The Force Awakens trailer debuted last night during Monday Night Football, and with it came the first opportunity to purchase pre-sale tickets (and an unrelated, but highly meme-able Drake video).

As I noted in my post yesterday, the whole plan was that the tickets we’re supposed to be available for purchase following the Star Wars: Episode VII trailer premiering at halftime. As it turned out, the pre-sale tickets were actually available earlier than that, as observed by some news sites and some lucky Star Wars ticket buyers, meaning some fans were able to secure their tickets far before halftime hit. But for us and many others, the designated pre-sale ticket service partner, Fandango wasn’t working.

And then, finally, around 10 p.m. EST, the trailer aired and was immediately posted on Twitter.

Some of what was introduced had been shown earlier in the day via the official Star Wars Instagram account, but many of the scenes were indeed new. With new footage of Daisy and BB-8 traversing an unknown desert, Han Solo confirming rumors the movie’s protagonists heard about the events of the original trilogy, and Finn facing off against Kylo Ren, many fans were at peak Star Wars: Episode VII hype. But in an effort to hand Disney over my money, when I visited Fandango to pre-order my tickets, I was greeted with this page: 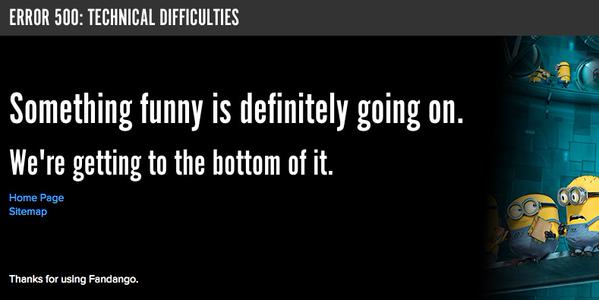 So I turned to the Fandango mobile app. With all my credit card info and favorite movies saved, the buying process should go much more smoothly, I figured. Unfortunately, this also proved to be more of a Jedi mind trick. Many users across the web noted the same.

Only after trying to buy the tickets multiple times in multiple ways, I was finally to get Star Wars: Episode VII The Force Awakens pre-sale tickets purchase confirmed. And like us—despite persistent site troubles—many found luck in purchasing tickets once the movie’s trailer aired.

It’s unclear whether or not tickets completely sold out during Star Wars giant presale.

Some may believe this process wasn’t worth the time I spent on it just to purchase tickets to a wide-release movie two months in advance. Either way, Disney is planning five more Star Wars movies to release in the future. Let’s hope the next purchase experience is less of a Fandango fiasco.