Where To Watch ‘Star Wars: The Force Awakens’ Trailer And Get Pre-Sale Tickets 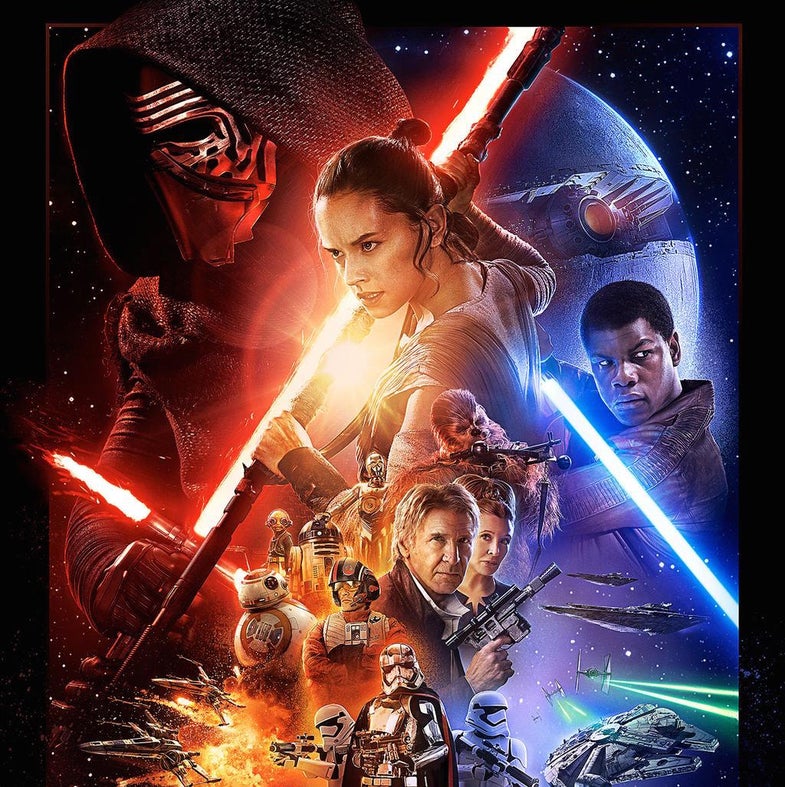 The new Star Wars: Episode VII trailer will debut during ESPN’s Monday Night Football game between the New York Giants and the Philadelphia Eagles during a commercial break at halftime (there’s some nice corporate synergy afoot there, as Disney owns both Star Wars and ESPN). The game starts at 8:15 p.m. EST, but the exact time of the trailer showing hasn’t been released yet.

Football fans probably planned on tuning into game tonight anyway, but now Star Wars fans who usually neglect good old pigskin action will have a reason to tune-in as well. Both groups of viewers will be able to purchase tickets after the new visuals have hit.

Read on to find out all the details we know about the sci-fi marketing stunt.

Each of the big movie theater chains in the U.S. will offer pre-order bonuses for early Star Wars: Episode VII ticket buyers, as the official Star Wars website made clear yesterday.

Star Wars Saturdays at Regal Cinemas, for example, will offer fans a collectible movie ticket. AMC Theatre ticket buyers will be rewarded with Star Wars art by Dan Mumford, with new art revealed each week. If you’re looking for a pint glass inspired by events from a long time ago in a galaxy far far away however, Alamo Drafthouse has you covered.

In addition to purchasing tickets for just Star Wars‘ seventh episode, The Force Awakens, fans can go the marathon route and watch every flick before it. Disney is offering the Star Wars Marathon Event for the series’ biggest fans. The $50 ticket will let you view A New Hope, Empire Strikes Back, Return Of The Jedi, Phantom Menace, Attack Of The Clones and Revenge Of The Sith—all in a row—and finish all of them off with a showing of The Force Awakens. If reading that sentence has you winded, imagine sitting in a theatre for each of the 2-hour-plus movies.

The full list of theaters taking part in the Star Wars Marathon Event can be found on the official movie site.

In an effort to build as much hype as possible, Star Wars has released teaser footage of what to expect later tonight. In case Disney’s Star Wars: Episode VII trailer during halftime wasn’t enough, fans can watch previews to the preview on the official Instagram page. Finn, Rey and BB-8 take center stage in the new footage. We even get to hear a few new BB-8 sounds:

Disney continues to promote the upcoming Star Wars film across all popular media, from social networks and apps to network TV. From Force Fridays to new trailer released on ESPN, the acquisition of LucasFilms appears to be paying off well for the company. The early indications are the strategy is paying off, as online interest in the franchise is reaching levels not seen since Harry Potter or The Hunger Games, but we’ll have to wait until December 17 to judge just how strong the force is with this one.