Many different foods and disorders can cause intestinal gas. 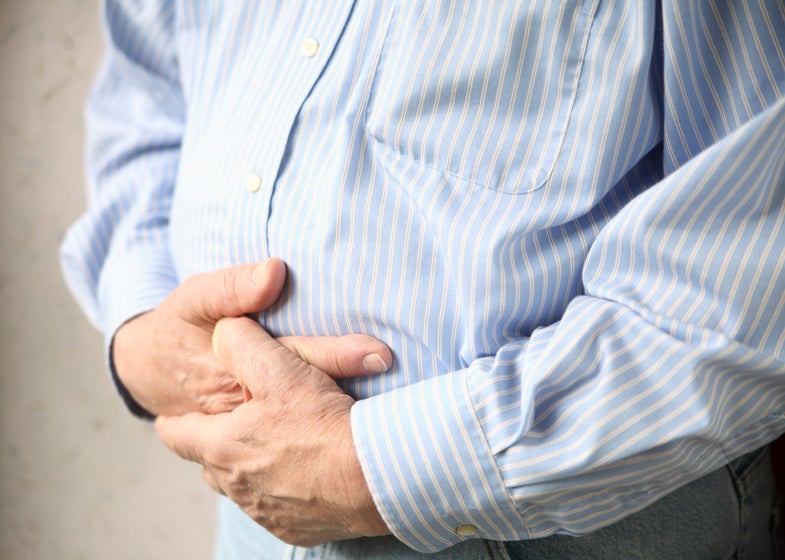 Gas pain can be the worst. This experimental gas pill might help identify what causes it. Deposit Photos
SHARE

Everyone gets gas. And (almost) everyone could stand to live without it. But figuring out what drives gas is a difficult endeavor—even for doctors. A multitude of foods can initiate gassiness, to varying degrees, depending on the individual. But a new gadget might someday help. In a paper in the journal Nature Electronics, a pair of researchers just introduced an electronic pill that can measure the different types of gas in a person’s intestines.

This information might not only help pinpoint the cause of excess gas, but could also help determine an optimal diet for avoiding bloat.

While gas is sometimes caused by swallowing air or chewing gum, food is a fairly common culprit. Food can produce gas when we aren’t able to break it down, either because we don’t have the right enzymes or the meal is extremely fibrous. Humans can’t digest fiber, so it travels down our guts and into our colons undigested.

All gas may feel like it’s created equal when it’s gurgling around your gut, but doctors generally have to know the exact cause of your flatulence in order to fix it. By analyzing what type of gas is inside a person’s gut, lead study author Kourosh Kalantar-zadeh says doctors can now distinguish whether gas is caused by malabsorption (not being able to break down certain foods), irritable bowel syndrome, bacterial overgrowth in the small intestine, or something else entirely. Once identified, people can try to avoid the source of gas entirely.

Inside the pill rests a temperature sensor, a tiny computer, and a radio-frequency transmitter with batteries. When swallowed, the sensors detect the presence and amount of oxygen, hydrogen, and carbon dioxide at various points in the gut. Analysis can distinguish what types of foods and microbes contribute to that particular gas build-up.

Researchers had six healthy participants swallow the gas pills after spending several days on two different diets, one with high levels of fiber and one with low. The sensor results actually revealed which of the two meal plans a study subject had been on. Once researchers paired that data with complimentary food diaries kept by the participants, they could determine the exact source of their gas.

With more research, this device could theoretically be used to diagnose, treat, and monitor improvement in people with gut disorders. But the device could also be taken one step further, helping doctors to provide patients with tailored, individualized diets. Choosing foods based on your personal genetic and gut microbial makeup is all the rage in nutrition research lately. But Kalantar-zadeh says individualized diets could have a significant impact on our health. Nutritional facts on food packages still fail to capture the impact of food on each individual. For example, he says, one person may absorb twice as much sugar from the same can of soda as another individual. Someone with more diverse gut microbes might be better able to digest food in the colon, thereby gaining more energy and nutrition from the same meal.

Maybe one day we’ll all be able to minimize the discomfort and embarrassment we feel due to various internal gases. But all of this is still pretty far into the future. Scientists have only tried the pill out on six healthy individuals. We’ll need more studies—on healthy and gassy people alike—to show that it’s safe for everyone, and effective in diagnosing potentially dangerous problems.

In the meantime, keep in mind that some level of gas is okay. A few farts (that don’t cause you discomfort) generally just mean you’re getting a good amount of fruits and veggies. Nice work!