Smart Necklace Analyzes What Goes Down Your Throat 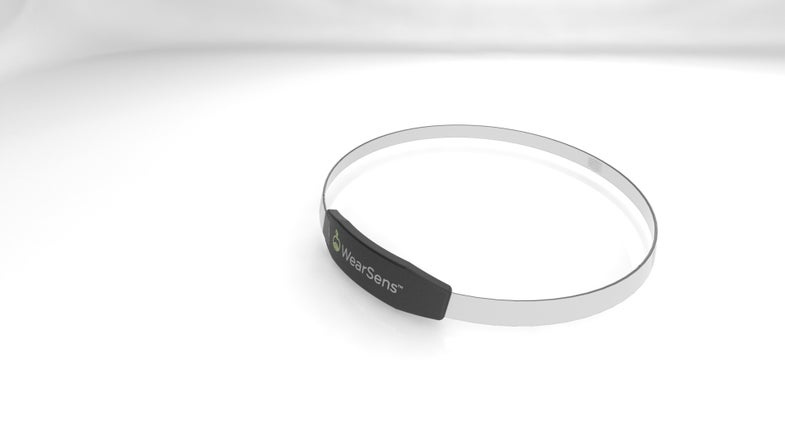 You’ve said it. I’ve said it. “I’ll just have one more bite.” Then, half a cheesecake later, we were both liars.

A new smart necklace aims to rid us of our eating sins by automatically guessing the portions and contents of our meals. The device is called WearSens, and it was developed by UCLA engineers to provide more accountability over what we devour.

“The obesity epidemic hinges on knowing what people consume, and knowing if dieters actually change their eating habits,” says Barbara Rolls, professor of nutritional sciences at Pennsylvania State University, who wasn’t involved in creating the device. Cut portions, and you can cut the pounds.

Success stories with nutrition programs like Jenny Craig rely on subscribers keeping honest diaries. But people are human. They fib or struggle to remember the exact details of every meal.

WearSens tackles some of those issues by tracking vibrations near the neck. Your upper chest is a cavern that rumbles with every gulp of food and breath of air. The necklace sports piezoelectric sensors that are sensitive to mechanical disturbances. As food or liquid moves down the throat, it creates quakes that rise to the skin around the neck, and the sensors record the tremors. Each food makes a distinctive pattern. If you eat something soft and moist, then your chewing and swallowing sound different than when you eat something hard and crispy.

“To personalize the device, we ask a new wearer to eat a 3-inch Subway sandwich and then sip down a 12-ounce drink,” says UCLA electrical engineer and co-developer Majid Sarrafzadeh. These vibration data are then transmitted to a smartphone app, which learns to sense solids and liquids and then stores an individual’s swallowing patterns. 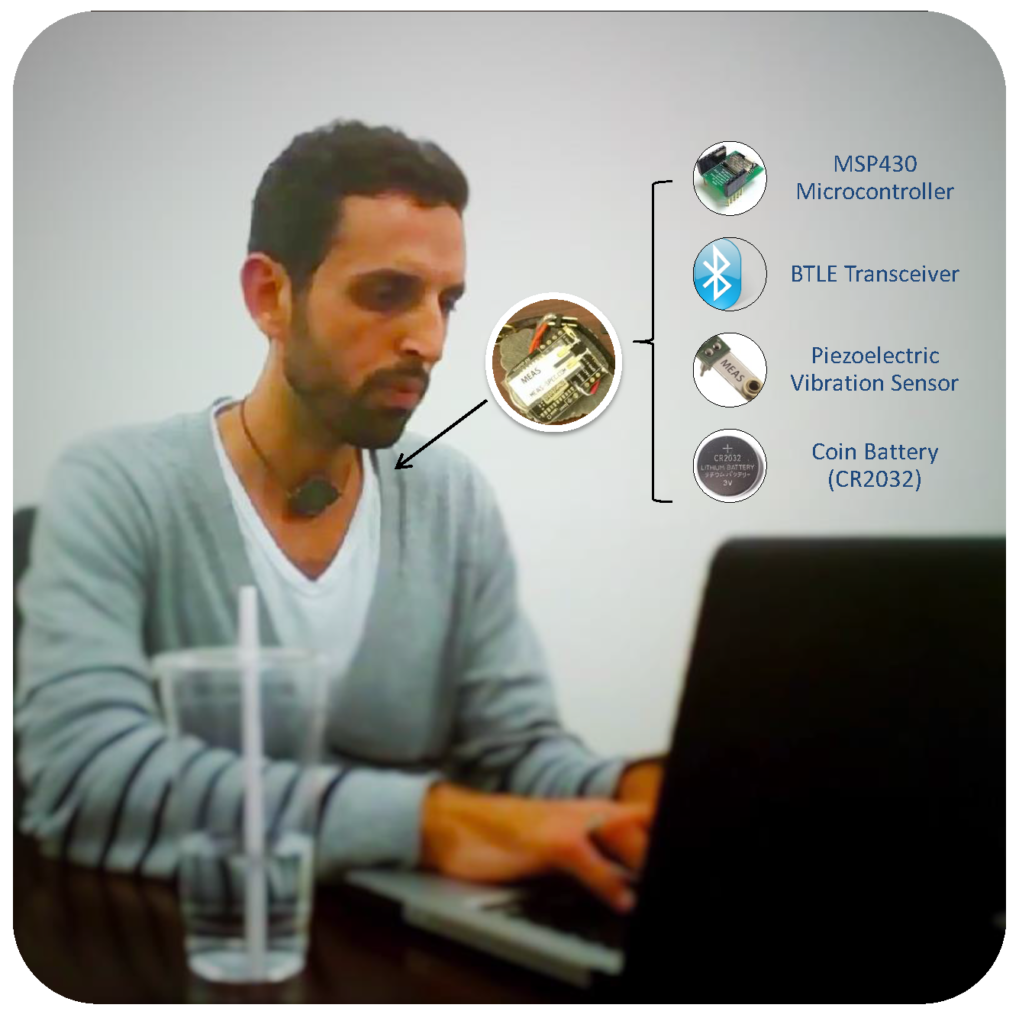 In a study published in IEEE Sensors Journal, the team show that these readings could accurately distinguish between solid and liquid foods along with hot and cold drinks with about 90 percent accuracy. It could also precisely distinguish hard and soft foods–sandwiches, nuts, chips, chocolate or hamburger patties–about three-quarters of the time. The app can then track a person’s daily diet, or buzz when a person misses a meal or is dehydrated.

WearSens has been field tested with 30 subjects and a small menu, but he wonders it will be able to detect the thousands of ingredients and foods that make up the human diet. “It’s an interesting study, no doubt, but I want to see how it performs in a larger community,” says electrical engineer Edward Sazonov of the University of Alabama. Sazonov’s team is developing a rival Bluetooth device that uses piezoelectric sensors to measure chew patterns in the jaw, and records a picture diary of what people eat.

However, the WearSens may be destined for a different path, according to Sarrafzadeh and his partners Nabil Alshurafa and Haik Kalantarian. Though shrinking portions and tracking liquids in diet can aid nutrition, the team wants to explore whether WearSens could help other medical conditions.

The team has preliminary (unpublished) evidence that WearSens can detect when a person swallows a pill or smokes cigarettes. So the device might assist a patient who wants to adhere to a medicine schedule or a smoker that wants to quit. It could even send alerts to a family member or a doctor to catch slip-ups or cheaters.

The team is also planning a project with a UCLA lung transplant surgeon that will use the necklace to remotely measure the breathing patterns of those who receive transplants. Abnormal breathing could signal that a recipient’s body is rejecting the organ long before a patient has to visits the emergency room.