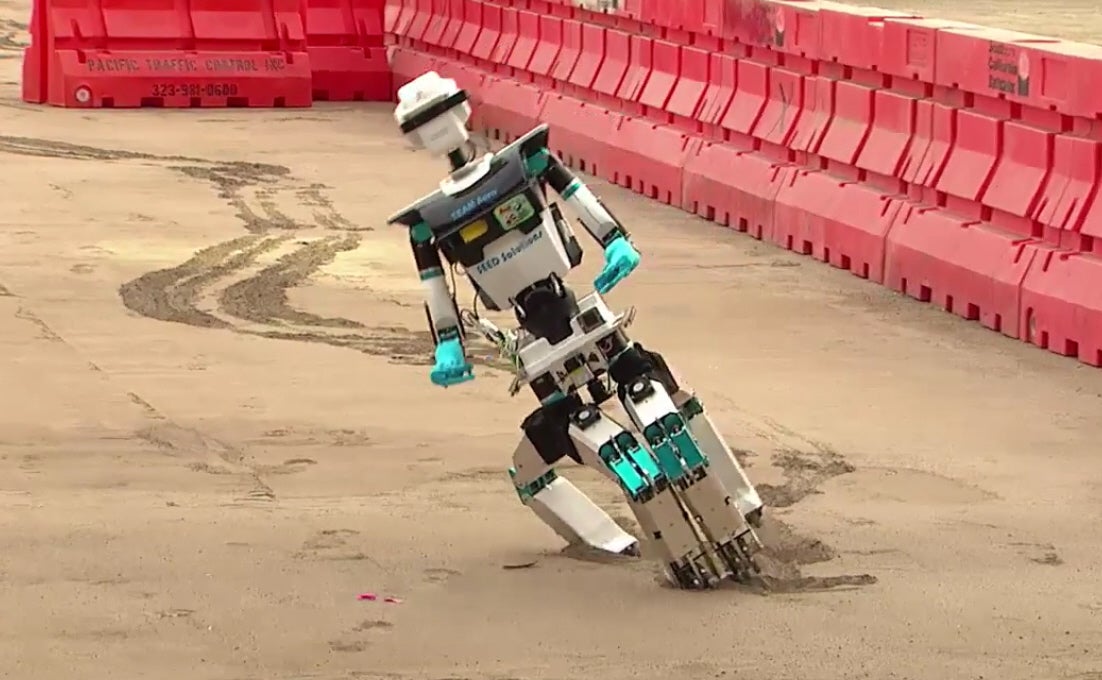 Robots are immune to pain, don’t have to breathe, and depending on how they’re designed, can go places humans can’t. They’re also, as my colleague Erik Sofge notes, about as good at walking as toddlers. Sofge is present to witness DARPA’s rescue robot competition, where vaguely-humanoid mechanical beasts will open doors, climb over obstacles, and otherwise attempt to be human-but-better.

Here are some of the 25 robots in the competition. That’s a lot of walkers, so below are the five robots that entered a competition for humanoids and decided to bring an extra pair of legs.

AERO DRC, built by a team from Tokyo, Japan, has four legs for balance, and took quite a tumble on DARPA’s Red Course:

Team NimbRo hails from Bonn, Germany, and their four-legged robot has wheels at the end of each leg because, as team member Sven Behnke explains, “we think the wheel was not the worst one.”

Tartan Rescue Robot can drive like a tank and climb ladders like a human, meaning it moves on four legs at least some of the time.

RoboSimian, from Jet Propulsion Laboratories is the least humanoid. While three of the above robots pair a set of arms with four legs, RoboSimian, like Tartan, crawls on all four limbs.

Here’s another video of RoboSiminian, because what a strange machine:

For more on the robots involved, including the two-legged ones, check out DARPA’s YouTube channel.