A shuttle on the ground, seen in a new light 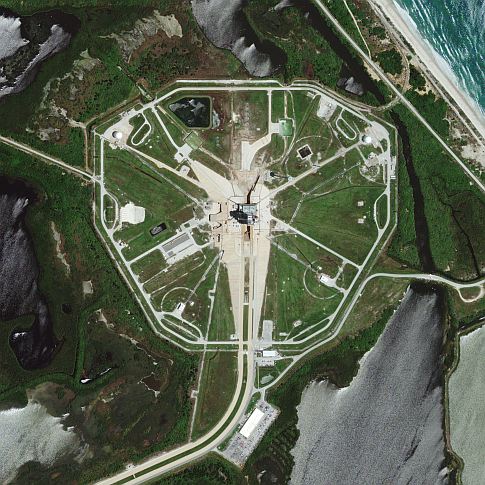 Here’s a view of the Space Shuttle you don’t frequently see–a half-meter-resolution satellite photograph taken from orbit by GeoEye-1 shows Endeavour on the launchpad, ready to go.

On June 11, the GeoEye satellite photographed Endeavour as it sat in the service structure on Launch Pad 39A at Kennedy Space Center in Florida. GeoEye-1 orbits at a speed of 4 miles per second, at a height of 423 miles above the planet, and shoots photographs with the highest civilian resolution available, one half meter.