Four Years of Google Earth, and What Has it Found?

The virtual mapping tool, which turns four years old this month, has led to some amazing discoveries 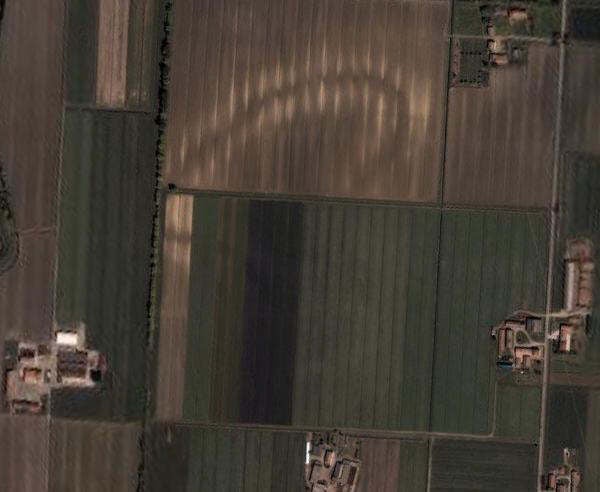 In this case, Google Earth uncovered a surprise practically in a user's own backyard. Italian computer programmer Luca Mori was looking at his neighborhood in Sorbolo, Parma, back in 2005 when he noticed an odd oval shape accompanied by dark rectangular shapes. Local archeologists from Parma's National Archaeological Museum explored the area and turned up an Italian villa that is possibly over 2,000 years old. Google Maps
SHARE

Google Earth in its current form went live in June 2005. In addition to allowing users to fly to their childhood homes, zoom in on potential vacation spots, and explore under the sea and atop the world’s highest peaks, the virtual mapping software has proven instrumental in a number of scientific discoveries — several in 2009 alone. Here’s a look back at some of the highlights.

Any guesses on future Google Earth discoveries? Will Google Earth be an ever-more-important scientific tool in the future? Post in the comments. 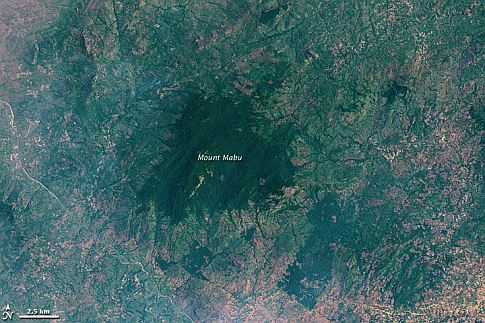 In 2005, a team of scientists lead by researchers at the Royal Botanical Gardens, Kew, in London, stumbled upon a previously unknown rainforest (to most of the world, anyway — some locals knew it existed) in Mozambique while searching for potential spots for conservation projects. The site, dubbed Mount Mabu, showed up as a dark green patch in the northern part of the country. In November 2008, a research team comprised of scientists from the UK, Mozambique, Malawi, Tanzania, Belgium and Switzerland traveled to the forest and found that it has astonishingly diverse fauna and flora. In addition to a number of rare flowers and animals, the team discovered three new species of butterfly and one new species of forest adder, a poisonous snake.

In this case, Google Earth uncovered a surprise practically in a user’s own backyard. Italian computer programmer Luca Mori was looking at his neighborhood in Sorbolo, Parma, back in 2005 when he noticed an odd oval shape accompanied by dark rectangular shapes. Local archeologists from Parma’s National Archaeological Museum explored the area and turned up an Italian villa that is possibly over 2,000 years old. 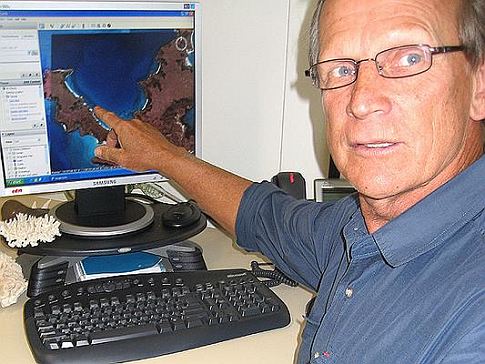 Late in 2007, Chris Simpson, a coral expert with West Australia’s Department of Environment and Conservation, discovered a rare coral formation off the country’s western coast. The area was a prime possible location for these “fringing” corals, which only live off of arid coasts that have no freshwater rivers emptying to the sea, but was inaccessible due to dangerous crocodile-infested waters, and likely would have never been discovered if not for satellite images. The Sydney Daily Herald reported Dr. Simpson as saying: “I feel like bloody Charles Darwin up here discovering these new reefs!” 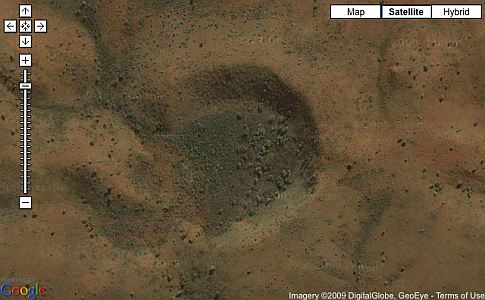 It Came from Outer Space

According to the Earth Impact Database (EID), which tracks the planet’s impact craters (huge craters usually left by meteors as they hit the earth’s surface), there are only 176 confirmed craters worldwide. They’re pretty rare. Imagine, then, how delighted one must be to stumble across an impact crater on Google Earth. In 2007, Australian geologist Arthur Hickman found a crater an average of over 850 feet across in the Pilbara region of Western Australia while playing around online. Testing of the Hickman Crater, as it was dubbed, has indicated that the crater was indeed caused by a meteor, but it hasn’t been added to the EID yet. If it is confirmed, it will be the 30th crater found in Australia, and the 177th in the world. 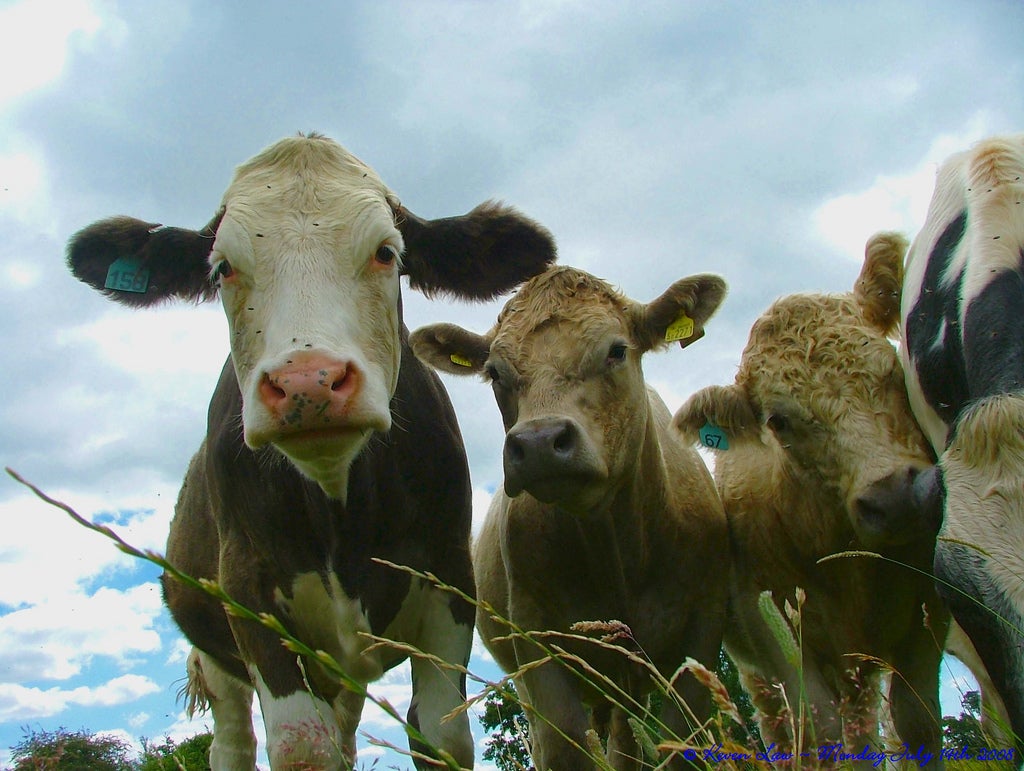 In August, 2008, German and Czech researchers published a paper in Proceedings of the National Academy of Sciences which stated that both cows and deer prefer to orient themselves north to south (or vice versa). The scientists’ findings challenged the popular belief that these herd animals stand according to the weather — out of the wind or in the sun to stay warm, for example. They compared animals worldwide using Google Maps, which showed that climate had nothing to do with it — regardless of the weather, the herds oriented according to the earth’s magnetic poles. Later research from the same group — also using Google Earth — showed that cows may also align with power lines. 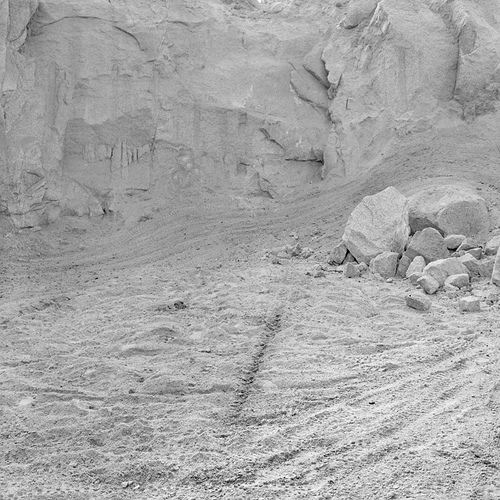 Countertop to Desktop, Desktop to Quarry

Earlier this year, University of Michigan paleontologists embarked on an unusual treasure hunt–aided by Google Earth–that ended in the discovery of fossils of early African mammals, possibly shedding light on the origins of animals in the region. Philip Gingerich, an expert on ancient whale fossils, was alerted to a 40 million-year-old specimen that was found in a chunk of limestone in an Italian stone-cutting yard, where it was being sliced into fancy countertops. The limestone was purchased from an Egyptian quarry, but no one was certain which one it came from. Gingerich used Google Earth to locate limestone bluffs in Egypt, and further explored man-made roads leading to the bluffs to detect possible quarries. He traveled to the site (in person, this time). While the hunt didn’t turn up any more whale fossils, the scientists did find remains of bats, rats and other small mammals that are upwards of 20 million years old. 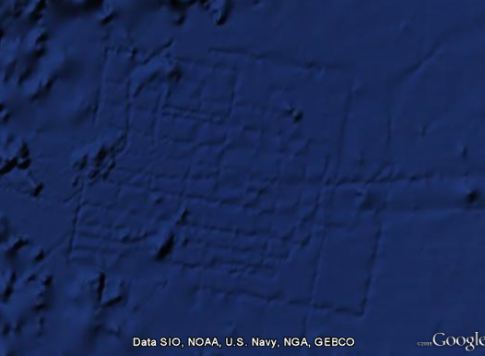 When Google Earth 5.0 came out last February, users worldwide were finally able to dive underwater with the new Ocean Layer feature. Soon after, media outlets and the blogosphere were abuzz with the newest discovery: the sunken city of Atlantis had been found off the western coast of Africa. Soon after, scientists dashed our hopes, saying the images were left by ship tracks and Google officially denied that their software had located the lost continent. 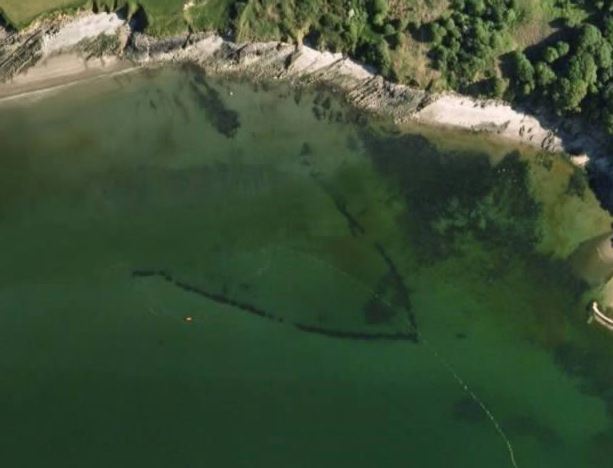 Last March, a 1,000-year-old fishing trap in a Welsh estuary was discovered with the help of Google Earth. First spotted from a plane, the V-shaped structure was examined by archeologists from Pembrokeshire College in Wales using the mapping software. Scientific diving teams found that the fishing trap is around three feet wide, one feet tall, and over 850 feet long. According to the researchers, fishermen herded fish into the trap, where they were stranded as the tide went out and collected with nets. The water level in the area is higher now than it was a millennium ago, and fish no longer get trapped here: instead, the structure has transformed into a naturally functioning reef. 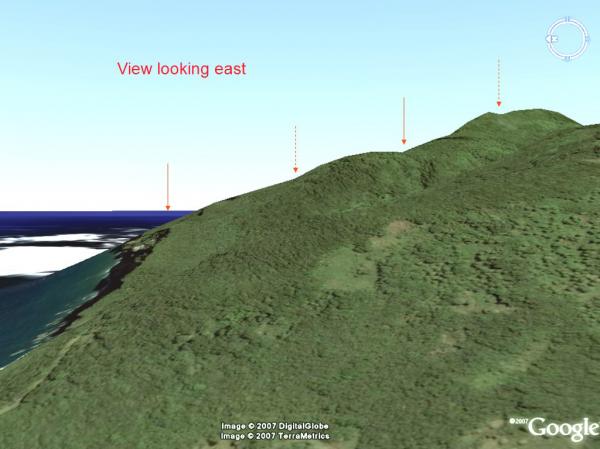 Using Google Earth last April, geologists and disaster risk management experts from the University of Portsmouth in England discovered a potentially dangerous spot on the aptly named Devil’s Peak, a volcano on the Caribbean island of Dominica. A million-ton chunk of the volcano is near-collapse — if it falls, the scientists say, it would trigger a tsunami and endanger residents and tourists in nearby Guadeloupe, a popular vacation destination. Additional research in the area is planned for this summer and for 2010 in hopes of further understanding the potential tsunami threat to reduce its risks to human life and property.
archaeology
atlantis
discoveries
earth
Gadgets