Why young orphans were once used as human refrigerators 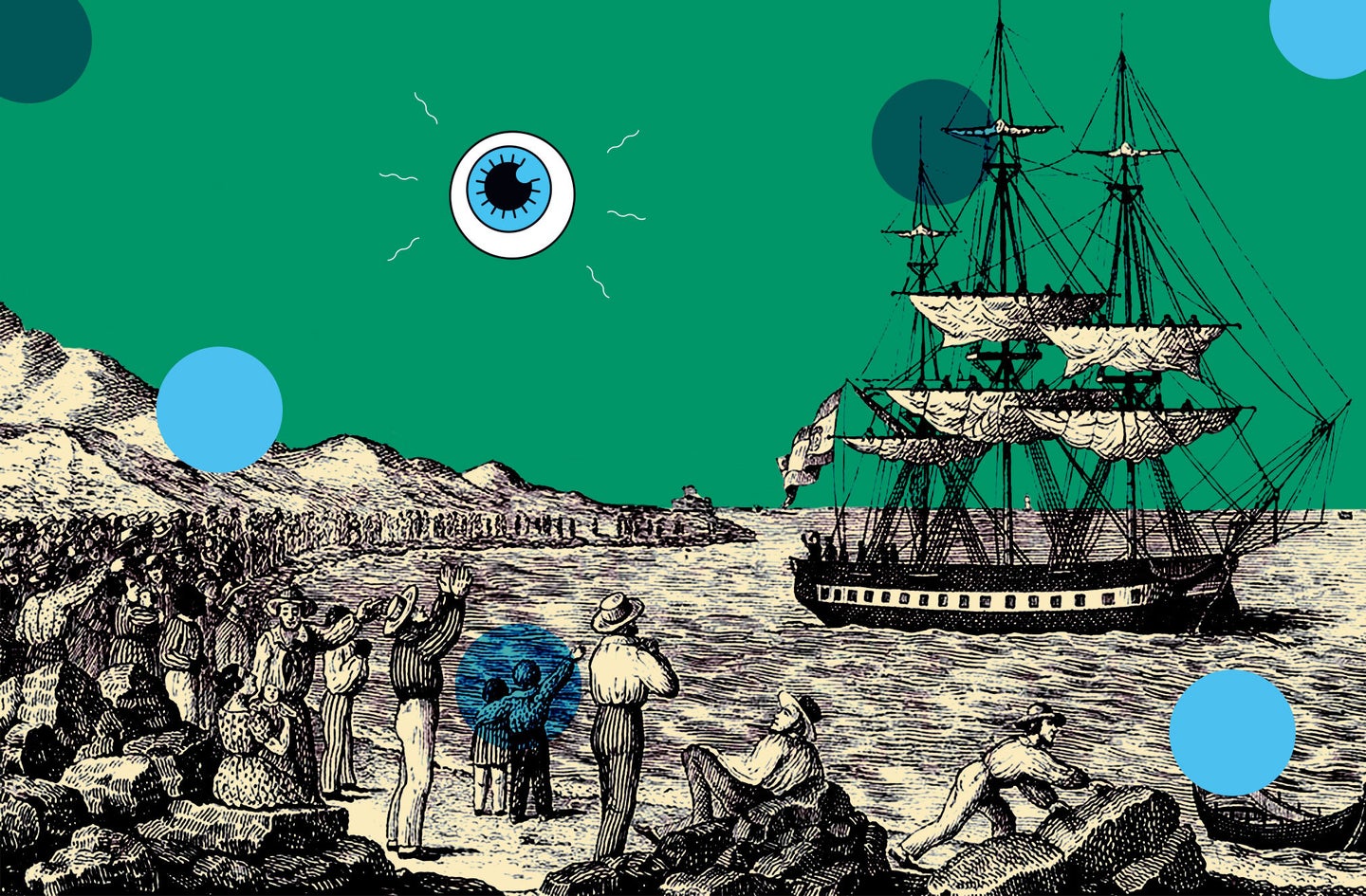 There are stories you expect to be uncontroversially positive and stories you expect to be irredeemably negative. The Balmis Expedition defies such binary categorization. On the one hand, it’s the tale of the first international effort to get vaccines into arms all over the world—an instance of a monarch choosing to put resources toward improving public health and eradicating a horrific disease. On the other hand, it involves young orphans—toddlers, in some cases—being crowded onto ships and sent around the world to serve as human incubators. But even those two polarities risk oversimplifying this moment in history.

By the 1700s, smallpox was a horrific fact of life, killing an estimated 400,000 people throughout Europe each year. But things were even worse in the Americas, which had been exposed to smallpox by Spanish invaders starting in the 1500s. It’s thought to have contributed to the downfall of the Incas and Aztecs, as the disease was almost always fatal to indigenous populations.

King Charles IV of Spain had lost several family members to smallpox and seen several of the survivors scarred significantly by virolation, which as I talked about on a past episode of Weirdest Thing, was the practice of purposefully infecting people with smallpox scabs or pus that had been weakened with steam or some other method. Because virolation actually infected you with smallpox, albeit often a weaker case than you’d catch naturally, you still got sick and had pus-filled lesions.

That changed in the 1790s, when Edward Jenner tested pus from cowpox blisters as a less dangerous form of inoculation, thereby inventing vaccines as we know them. He tested it in 1796 on his gardener’s son, which is a bit of a foreshadowing.

In 1803, King Charles announced his intention to provide free vaccination to the masses in the Spanish colonies—and to leave each region with the resources and knowledge necessary to continue their own vaccination programs in the future. Royal physician Francisco Javier de Balmis, who had spent time in Mexico researching botany and folk medicine, led the charge.

The hitch: Pus could stay usable on a piece of cloth or pressed between glass and sealed with wax for a journey of a few days, but what then? Some suggested bringing cows on board and slowly giving them cowpox one by one. But cows are loud, messy, and large—so Balmis went with 22 Spanish orphans between the age of 3 and 9 instead. Two boys would be infected with cowpox, and just before their pustules healed over, their pus would be used to inoculate another pair, and so on. The group made it to the Americas just in time to use one final remaining pustule—and to replenish their chain of children by renting some from local families.

By the time the expedition finished, some 300,000 people in the Canaries, Peru, Ecuador, Colombia, Venezuela, Mexico, the Philippines and China had received the vaccine for free.

FACT: Legends are strange things. But the legend of the poop knife is especially so.

Wade Davis, a Canadian anthropologist sometimes called the “real-life Indiana Jones,” is passionate about telling stories about the Inuit and their relationship with their icy homeland. But one of his stories is especially iconic. He wrote of a mysterious Inuit tale in one of his books, called Shadows in the Sun, back in 1998. This tale of survival goes as such, and I quote:w

“There is a well known account of an old Inuit man who refused to move into a settlement. Over the objections of his family, he made plans to stay on the ice. To stop him, they took away all of his tools. So in the midst of a winter gale, he stepped out of their igloo, defecated, and honed the feces into a frozen blade, which he sharpened with a spray of saliva. With the knife he killed a dog. Using its rib cage as a sled and its hide to harness another dog, he disappeared into the darkness.”

On its own, the story is bizarre enough, but in the past few years it’s taken on a new, more scientific life. Enter a group of scientists who said “hmmm let’s actually test this whole poop knife theory.” So they did—and really, really committed. The Kent State researchers created their own replica of the Inuit diet to create authentic poop, then molded said poop into knife shapes to see if Davis’s story would hold up in real life.

Using the poop knives that were frozen at brutally cold temperatures, they attempted to slice and dice a pig hide—but the knives left melty skid marks instead of serious dashes, meaning murdering a dog with ice cold poop is likely more myth than miracle.

And if testing the legend wasn’t enough, it spurred a discussion of whether or not we should take these kinds of tales at their face value. But whatever way you spin it, making a knife out of your own feces is definitely a tale to be told, even if the resulting weapon is pretty crappy.

But what about the boys? While historical records do suggest that Balmis intended for them to have wonderful lives in Mexico City—better lives than they could have had in Spain—but what information we have about them suggests that didn’t pan out. Listen to this week’s episode to learn more.

FACT: Bird tongues are way stranger than you think

There’s a lot of reasons why I am enamored with birds—I’ve waxed poetic about their stunning plumage and unique vision, silly mating dances, and food hoarding tendencies. So, the story for my Weirdest Thing debut fittingly ties around a peculiar, perhaps overlooked, feature of our avian friends: Their tongues.

Birders and scientists can glean a lot from the tongue of a bird, from feeding tactics to the anatomy of ancient extinct birds. Tongues can be so distinct that they can help identify different species, if you so happen to catch a lucky peek. Bird tongues come in a diversity of shapes, sizes, and structures, which each supply birds with an array of fascinating (and weird) behaviors. Some tongues are short and thick, some are frayed and barbed, some are pronged at the tip, while others are long and narrow—like certain woodpecker species.

Woodpeckers are well-known high-speed drillers, but many species have a remarkably long tongue within that chisel-like beak. These rope-like, fleshy extensions can grow to a third the length of its body, while others even have tongues that reach up to 5 inches past the tip of the bill.

You might be wondering, like I was, where does all that tongue… go? It turns out that woodpeckers tuck their tongues all nice and snug around the top of their skulls, and poke it through the nasal cavities.

If you think this floppy, long tongue would be cumbersome, think again: its length serves a number of functional advantages. In some species, like the Northern Flicker woodpecker, a sticky mucus coats around the tongue to help collect grub, like ants down in an anthill. Other woodpecker species use their tongues to get to hard-to-reach prey in their freshly burrowed trees.

Additionally, the long tongue is actually one way a woodpecker doesn’t get bad whiplash. By wrapping around the skull, the tongue actually acts a bit like a cushion for the brain and helps support the woodpecker as it pecks into trees, as writer Rebecca Heisman explains for the American Bird Conservancy. (Read the full paper published in PLOS ONE.) Listen to this week’s episode to hear more about how the woodpecker keeps on being its best headbanger self.