The best playground is one built by kids 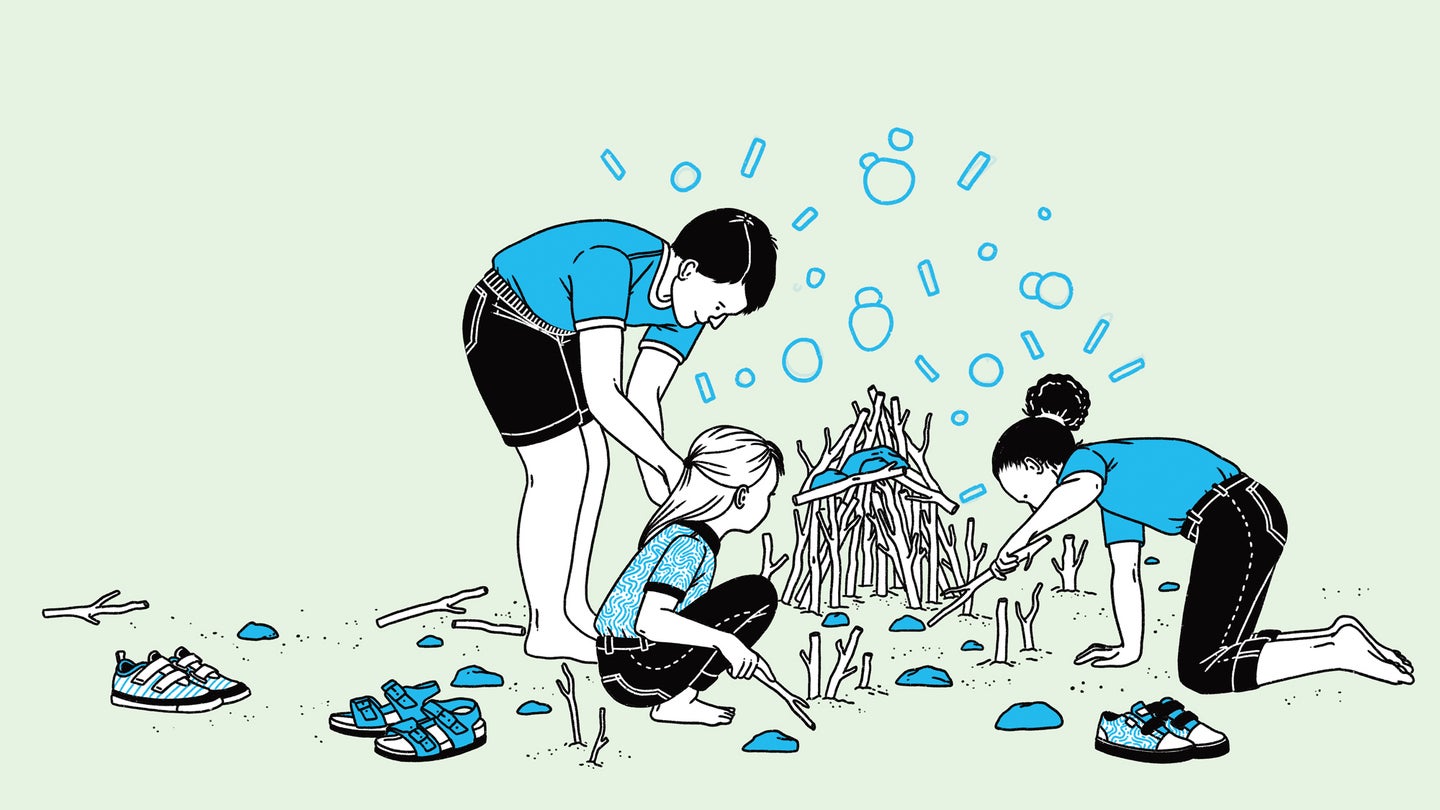 Mariana Brussoni is an associate professor of Public Health at the University of British Columbia. Here’s her tale from the field as told to Molly Glick.

Recreation works best when it’s unstructured and mostly unsupervised. Negotiating and building teamwork fosters proper higher-level thinking abilities and social skills. As a developmental psychologist, knowing this made me reconsider a fundamental piece of childhood pastimes: the playground.

To figure out if recess needed a reboot, I worked on a study published in 2017 where we modified the kids’ areas you typically see at parks—the ones with plastic slides and monkey bars—in a couple of facilities for children aged two to five. Because the standard equipment is sterile and kids can’t alter it, the setup prevents their imaginations from shaping their activities. We brought in sticks, rocks, and sand to see how those additions changed play. After two weeks in the new space, the little ones showed more cooperative behavior; they talked to each other more and considered each other’s feelings.

This type of recreation is gaining traction. So-called adventure playgrounds that originated after World War II are popping up again. These parks offer “junk” like shovels and lumber for kids to interact with. Some cities, like Toronto and Seattle, have also closed off streets at certain times to let children freely run. I’m optimistic that true playtime will make a big comeback.

Correction: Due to an editing error, the source’s last name was misspelled in the sub-headline. It’s Brussoni rather than Brusonni.