This image wiggles when you scroll—or does it?

You move, I move. 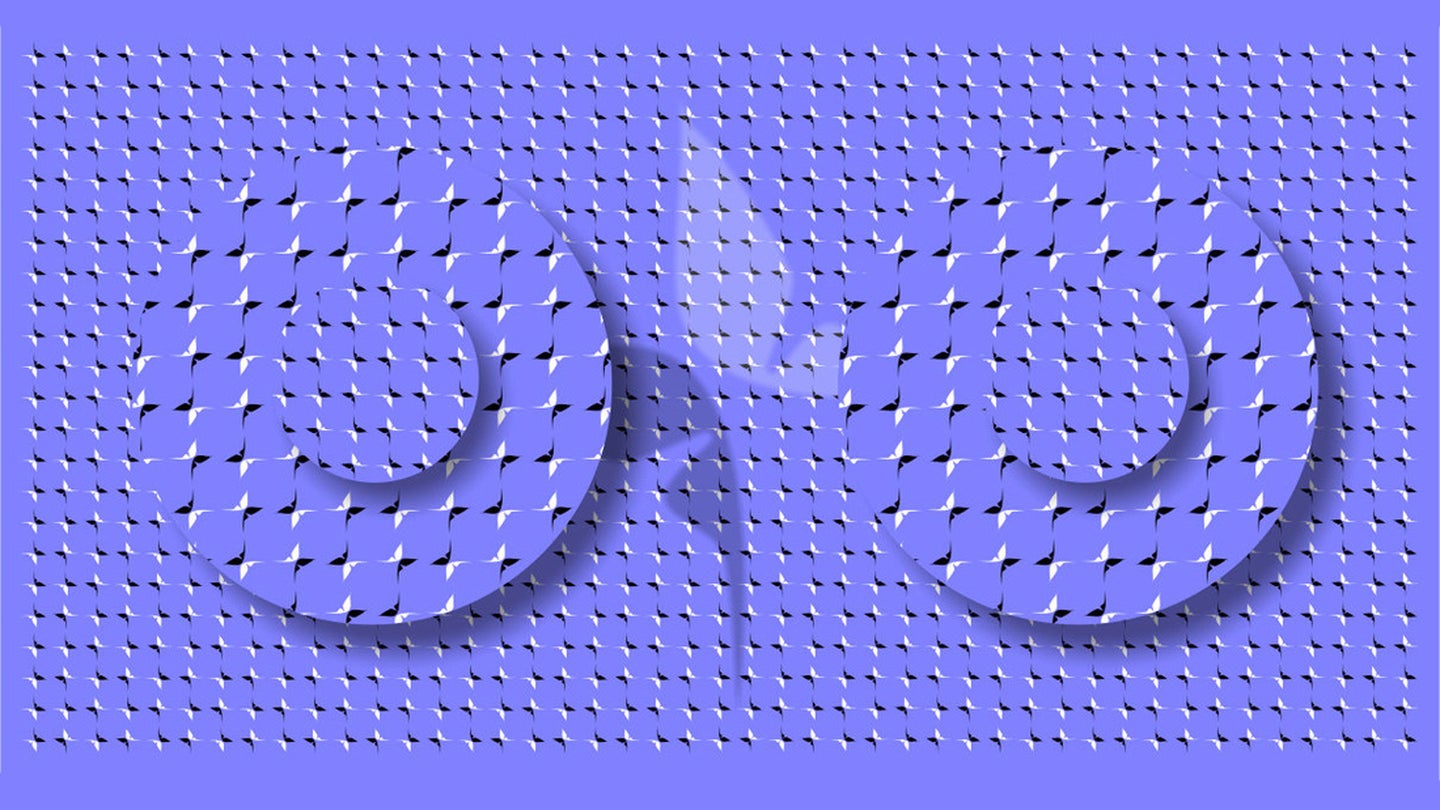 Look at the patterned image above. With the screen fixed, the design remains still. But scroll or physically move your screen ever so slightly, and the decorative display picks up speed.

When our eyes concentrate, they generate tiny jerk like twitches known as microsaccades, which alert our brains to motion. To prevent the world from seeming like a giant strobe light show, we suppress these movements, keeping the eye seemingly still.

But the image above hijacks this system. In the real world, sharp changes between light and dark signal movement. The picture here mimics this, as a light shape offsets a dark one. Also, each inside circle is rotated 90 degrees compared with its outer one, making the inner and outer circles quiver in polar directions.

Our never-ceasing microsaccades pick up on these contrasting colors as action and send that information, via motion-detecting neurons, to our brains. Our noggins then naturally suppress the microsaccades but retain the movement signals. So what you end up seeing is an endless continuum of false flux. Of course, to make it cease, you can always stop wiggling the screen around.