The best ages for kids to learn to read, speak new languages, and other skills

We spoke to experts about when kids should learn to swim, explore the internet, and more. 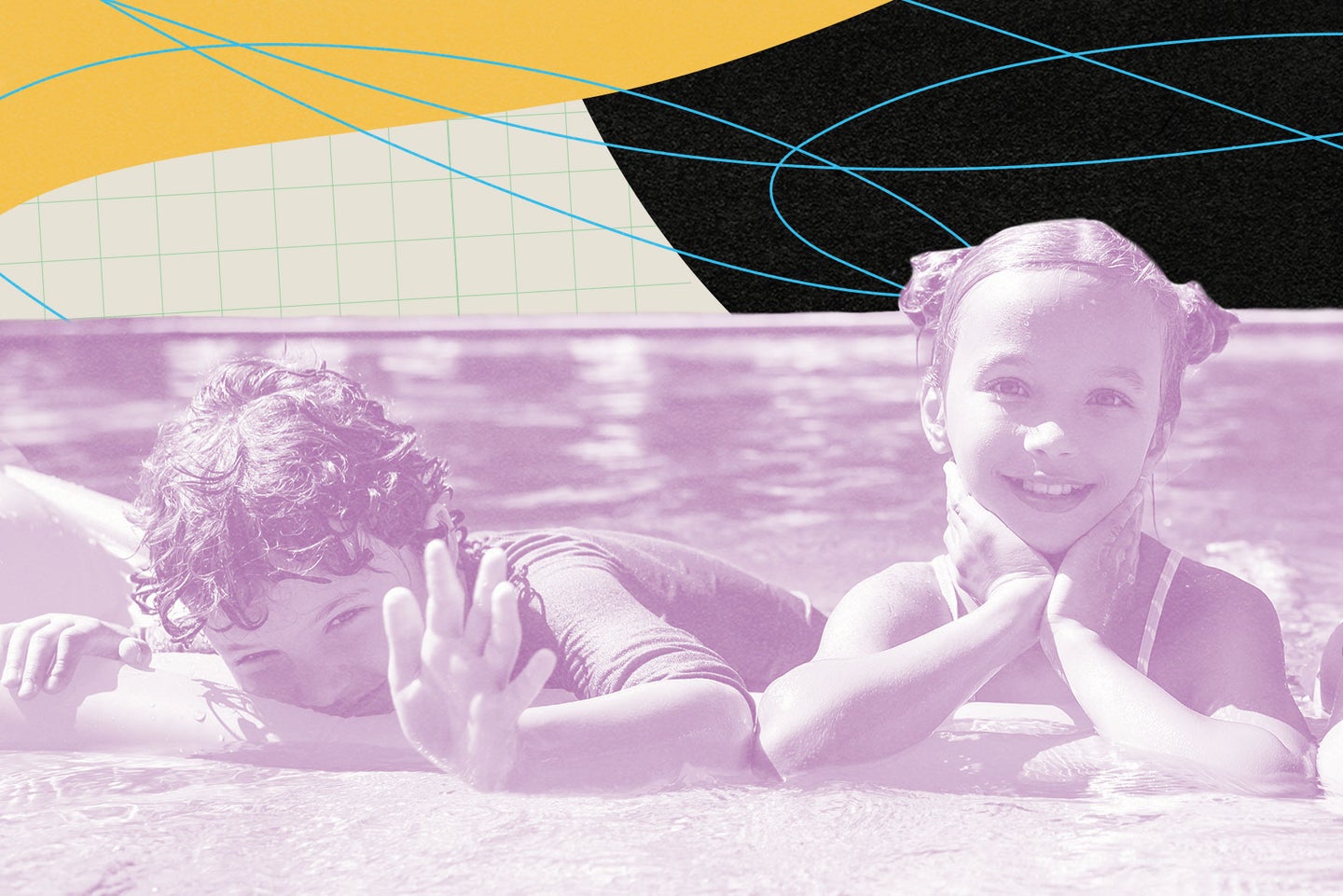 When to let your kids dip their toes into new activities and skills.
SHARE

Parenting a new human means making sure they have all the skills they need to thrive. But that can be a stressful proposition—not least because of all the conflicting advice out there. When should kids start reading? How can parents best help them learn multiple languages? How early should a child learn to swim or play sports?

There’s no universally perfect age or method for introducing a kid to new physical or intellectual pursuits, but that doesn’t mean the timing doesn’t matter. We asked experts when and how caregivers should bring new hobbies and life skills into a child’s sphere.

Hoping to raise a polyglot? Get them started on speaking new languages as early as you can.

When it comes to learning how to speak a language, children start picking up bits and pieces while they are still in the womb, says Daniel Yurovsky, an assistant professor of psychology at Carnegie Mellon University. Because of this, “there’s no reason to wait on introducing a child to another language,” he explains.

An early start is especially important for identifying and mastering pronunciations that are not common in a child’s native tongue. Distinguishing small differences between sounds becomes more difficult around age five or six, Yurovsky says, as we become set in the vocalizations we’re accustomed to. “The rolled ‘r’ in Spanish, for example, does not appear in English, so a child learning only English will eventually let that sound go,” he explains.

This calibration, Yurovsky says, allows us to make room for a more advanced understanding of the language structures we do use.

This idea also applies to grammar structures like gendered nouns. A native English speaker learning French is not accustomed to rules that require different articles in front of a noun depending on its “gender,” because English doesn’t work that way. The longer we spend speaking just one language, the more accustomed we get to its particular structures—and the harder it becomes to adapt to a new one.

While tackling multiple languages at the same time may slow a child’s initial learning progress, it doesn’t disadvantage them in the long term. The easiest way for a child to speak multiple languages is to start them all at or before birth, and the next best thing is to introduce new languages while they’re still in preschool.

That doesn’t mean older kids and grown-ups shouldn’t try to pick up new languages as well. Some aspects of language learning, like vocabulary, actually come easier to adults, so while the learning process can begin as early as birth, it’s certainly a life-long endeavor.

The best age to start reading with your child

Similar to the beginnings of verbal language understanding, it’s never too early to introduce a child to literature. Dipesh Navsaria, an associate professor of pediatrics at the University of Wisconsin-Madison School of Medicine and Public Health who also has a Master’s degree in children’s librarianship, says shared book reading with newborns can be an integral part of developing early childhood literacy. “[It] should start from birth,” he says. “We know that children have visual abilities, we know that they’re already taking in language.”

In addition to familiarizing the child with the sounds and structures that make up spoken language, shared time devoted to reading as an activity builds the emotional connection between the child and their caregiver, and creates a safe space for further interest in reading in the future. “It’s a way of carving out time in which you’re interacting back and forth with your child,” Navsaria adds.

[Related: Yes, little kids should do chores. Here’s how to get them started.]

As a caregiver reads aloud, the level of engagement will depend on the age of the child. Under the age of three, kids’ attention spans are short, so reading at them won’t be super effective. Instead, Navsaria recommends engaging in a dialogue to engage the child in the narrative of the story. “There’s no rule saying you have to read every word on the page,” he explains. “You can let the kid hold the book, you can let them go backwards in the book, you can let them go all over the place, it’s really okay.”

Reading aloud and inviting a young reader to interact with the story helps a child build what Navsaria calls “emergent literacy.” At this stage, usually under the age of three, a kid can’t read and write conventionally. But they can already start to make a connection between the words on the page in front of them and the story they’re being told.

The next stage, “print awareness,” comes around age three. Here, a child understands that the letters on a page are where the story being read to them comes from, even if they can’t yet read it.

Even after a child reaches a level, usually around kindergarten, where they can read on their own, continuing to read aloud to them still has value. Decoding text is hard work for a young reader, and most will be capable of hearing and understanding more complex sentences than they can spell out. Looking at a page while a caregiver reads can help a small child start to decipher more complicated words.

Navsaria emphasizes the importance of high-quality children’s books to enrich this process. “There’s sometimes the perception that children’s books are easy or simple to write,” he says. “There’s a careful craft to both the words and the illustrations, depending on the book you’re looking at, and there’s a reason classic books or award winning books are award winning.” Navsaria recommends looking out for these lauded titles when deciding what to read to a child.

The best age to teach children to swim

Developing physical coordination skills is important from both a functional and a safety standpoint—830 children under the age of 14 drown in the US every year. To prevent pediatric drownings, the earlier a child can be exposed to water, the better, says Jennifer Beck, an orthopedic surgeon at UCLA Health who specializes in pediatric sports medicine.

Beck says babies as young as 18 months have natural reflexes that allow them to begin building water safety skills, with the proper guidance and supervision. “Some level of coordination is needed, but not much,” she says. More advanced swimming skills will develop later on as a child builds more general coordination and becomes more comfortable in the water.

When kids should start playing sports

As both a social and a physical activity, playing sports can be an important part of childhood. Getting started in athletics isn’t feasible, however, until a child is potty trained, according to Beck. From there, she recommends starting young kids in sports that build fundamental motor skills: track for running; gymnastics for running, jumping, and landing safely, as well as building upper body strength; dance and martial arts to build overall body awareness, strength, and flexibility; and tennis and baseball for throwing.

[Related: What you need to know when hiking with kids]

Above all, Beck recommends starting a child in a variety of sports so they can figure out what they enjoy most and want to continue pursuing. “In the end this is supposed to be fun, it’s supposed to be good healthy physical activity, so getting active feedback from the child about if they’re enjoying it is important,” she says. “And if they’re not, switching is ok, because there are so many different types of sports and activities out there.”

It’s actually best for kids to maintain multiple sports for as long as possible, Beck says. This promotes well-rounded muscular development and prevents overuse injuries. This is why experts in her field recommend against specializing in a single sport before high school. She adds that this can also protect young athletes’ mental health by preventing burnout and sustaining enjoyment of the activity.

Finally, Beck recommends waiting until advanced middle school or early high school before allowing a child to participate in contact sports of any kind. “Basic movements are established in elementary school,” she says. “Waiting to get into sports that require complex movements until preteens or teens is my advice, after fundamental movements have been built.”

The right age for kids to start using the internet

In today’s world of constant connectivity, deciding how and when to give a child access to the web can be a challenge.

The nonprofit organization Common Sense Media advises that caregivers sit with young kids as they explore new online activities, so the adult can monitor and explain what’s happening on-screen. Additionally, the Mayo Clinic encourages caregivers to preview programs to ensure they’re appropriate for the child, seek out interactive and engaging options, and utilize parental controls to filter out unnecessary or inappropriate content.

[Related: A new science-driven app aims to help kids and parents play together]

The American Academy of Child & Adolescent Psychiatry (AACAP) recommends gradually scaling up screen time as a child gets older, while establishing and adjusting boundaries as necessary. For children as young as 18 months, the AACAP suggests limiting screen time to video chatting with family and friends, with adult supervision. As a child ages, on-screen educational programming can be added in, along with non-educational activities on a limited basis around the age of three. Above the age of six, time limits and parental controls should remain in place, but a little more freedom is encouraged to allow kids to build their own healthy habits.

The AACAP and Common Sense Media both recommend turning screens off during face-to-face family time—that goes for adults, too—and at least 30 minutes before bed. This helps kids understand the boundaries between the online world and the world around them, and ensures their screen won’t get in the way of quality time and quality sleep.