Birth Of Memory: Why Kids Forget What Happened Before Age 7

Recently, my nearly-4-year-old niece suffered the kind of childhood accident every parent dreads: she fell off her bike and broke … Continued 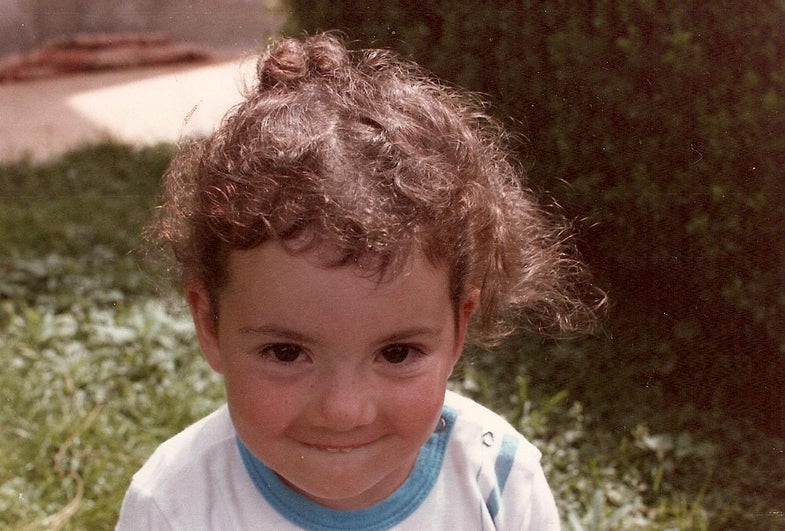 Recently, my nearly-4-year-old niece suffered the kind of childhood accident every parent dreads: she fell off her bike and broke a front tooth high above the gum line. The resulting pain and eventual extraction were a harrowing experience for her parents, but fortunately the little girl emerged with a cheery attitude: “Now I can slurp noodles through the gap,” she told me over the holidays.

Fortunately, she probably won’t remember any of this when she’s an adult. By the time she’s in second grade, the entire experience will be a dim memory captured in pictures.

And that’s because of a strange phenomenon known as childhood amnesia. Kids can remember events before the age of 3 when they’re small, but by the time they’re a bit older, those early autobiographical memories are lost. New research has put the starting point for amnesia at age 7.

Scientists have long wondered about the cause of this baffling memory-loss, and thought that language development might have something to do with it. But even rats and another animals show a similar amnesia without language abilities. Last June, Canadian researchers floated a possible cause: the precipitous growth of new cells in the hippocampus during infancy, known as neurogenesis. When brains are busy growing lots of new cells, they don’t store memories that would otherwise be long-term.

Whatever the mechanisms may be, when did the memories start being inaccessible?

In research published in the journal Memory, Patricia Bauer and her colleague Marina Larkina brought in groups of 3-year olds with a parent (typically a mother, as in most child development studies). The parent interviewed the child about events that had happened over the prior three months like a visit to a zoo or preschool, while the researchers videotaped.

Over the next 6 years, different groups of children came back at age 5, 6, 7, 8, or 9 to the lab and were questioned by the scientists on the events that happened when they were 3. Since the researchers knew the details of the events, they were able to probe exactly how much the kids remembered — and how they spoke about the memories.

The result? If the kids were between 5 and 7 at time of second interview, they remembered over 60% of events, Bauer tells KinderLab. But the children who were 8 and 9 remembered 40% or fewer of the events, and they had begun to talk about their memories in a different way.

“We think that it has to do with basic biological processes, as neural structures undergo a lot of postnatal development,” says Bauer. “Early in development those structures are working, but not very efficiently — children are forming memories, but through natural processes those are fading and becoming inaccessible. By the time you reach adulthood, those memories are working very effectively.”

Parents also have an effect on kids’ memories of events. Those who use an elaborative strategy with their little ones, asking lots of questions like “Tell me more” and “What happened?” and allowing the kids to guide the description, end up with kids that have earlier early and more robust memories, says Bauer.

Bauer is continuing her studies with a group of kids to be followed for 4 years, interviewed about memories at different points in their development. She says that the earliest memories tend to be ones filled with emotion, either positive or negative. So it’s possible that my niece will carry with her the memory of an early brush with the dental drill, but she might also leave it behind as she creates new memories.