The Double Life Of A Frog-Loving Spy

Nature gets down and dirty with the legacy of a prolific amphibian researcher/spook. 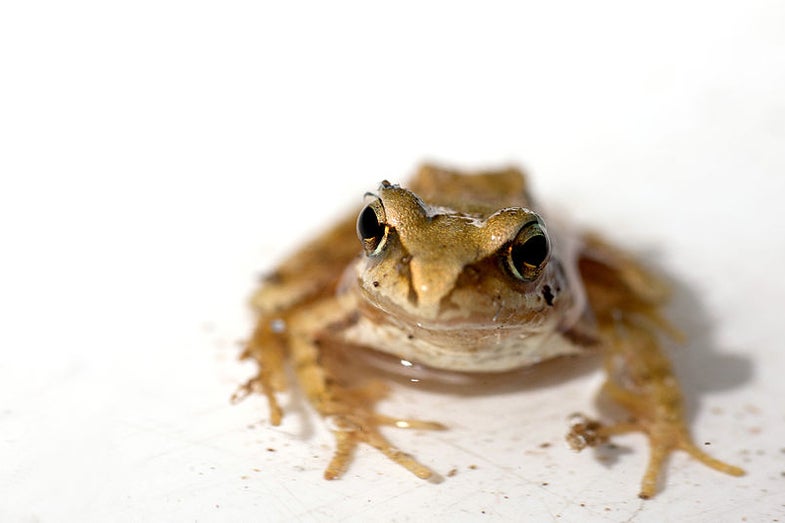 This has all the makings of a grand tale: A spy leading a double life. An exotic locale. And…an obsession with frogs? It turns out prolific amphibian researcher Edward Taylor, who died in 1978, led quite the life.

“The elder herpetologist had logged 23 years in the field over his lifetime, collecting more than 75,000 specimens around the world, and naming hundreds of new species,” Brendan Borrell writes in Nature. And yet, that isn’t the most interesting part of his legacy: “He was a racist curmudgeon beset by paranoia — possibly a result of his mysterious double life as a spy for the US government.”

His extensive career obsessively cataloging new species of frogs, lizards and snakes, mostly in the Philippines, took precedent over anything else in his life, Borrell describes. “‘I named about 500 species,’ he would later tell a reporter, ‘but I can’t always remember the names of my own children.’ His wife, Hazel, could not bear his long absences, and they divorced in 1925.”

But Taylor still found some time for “extracurricular” activities:

As he trotted around the globe, Taylor seemed to be conducting field work in conflict zones and, in his memoirs, he alluded to duties outside science. While working for the fisheries department in Manila, he helped to investigate the murder of an Englishman, traded tips with the Swedish secret service and scouted for mercury that could be used in munitions during the First World War. On his river journeys, he occasionally noticed Japanese people, and warned the local governor that they were ‘spying out of the land’.

But the true nature of Taylor’s work is finally coming into focus as intelligence records are declassified and research materials surface. They reveal that Taylor was indeed a spy, and that he continued to do intelligence work after the First World War, when he was sent to Siberia. His official purpose was to join the Red Cross to stop a typhus epidemic, but he was also gathering information on the Communist revolt in Russia and, later, the fate of grand duchess Anastasia, daughter of murdered tsar Nicholas II.

In the midst of his forays into espionage, he managed to describe dozens of new species. Many of his specimens, stored in the Philippine Bureau of Science, were destroyed during the U.S. attack on Manilla during World War II. Taxonomists are still arguing over whether all the specimens he declared as new species were actually new to science, or just slightly different examples of another species.

Read the whole sordid tale–spies, frogs and all–over at Nature.