This Frog Just Wants Love. Instead He Gets The Kiss of Death From A Bat

Poor tiny túngara frog just wants to find a lover. Sitting in the prettiest pond-shallow he can find, he whines... 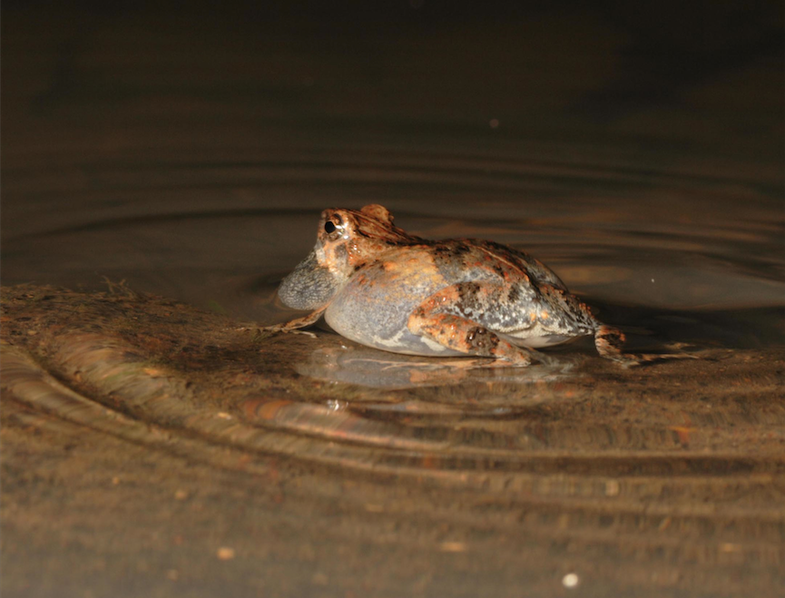 Poor tiny túngara frog just wants to find a lover. Sitting in the prettiest pond-shallow he can find, he whines and chucks repeatedly, inflating his vocal sac into a painful-looking, swollen balloon. With each tun-gara sound, his balloon swells into the water, producing ripples that spread away from the amorous amphibian. (To me it’s more like a Beeooooup – hear it in the video below.)

If he sees a shadow — the sign of a frog-eating bat (Trachops cirrhosus) — he quickly stops. But the ripples do not. And the bat can use them like a homing beacon, turning a dating game into dinner.

Pond ripples are another form of communication, intentional or not, as a new study explains. Along with listening to their bloops, male frogs notice the ripples of other males, increasing the rates of their own calls or coming closer to start a fight. And clearly bats notice, too.

Túngara frogs and frog-eating bats live in Central and South America. Previous research showed that túngara frogs normally stop making their mating calls when a bat leaves its perch on a nearby tree. And bats have been fooled by it, fluttering away when the source of the noise is no longer obvious.

But they are more likely to hunt frogs that come with an accompanying ripple, according to the study, published today in Science. The researchers, led by Wouter Halfwerk, a postdoctoral researcher at the University of Texas at Austin, think the bats can detect the ripples using echolocation. They set up an experiment where they played recorded frog calls next to trays full of water, which they had rigged to artificially ripple. The cheeping bats circled around the ripples.

Communication, in one very basic definition, is really just vibrations. Singing, shouting, appendage-waving, echolocating, splashing, clapping — all the assorted ways animals call to each other — change the air, the light and the water, and other creatures notice. Even the ones we don’t know are watching. 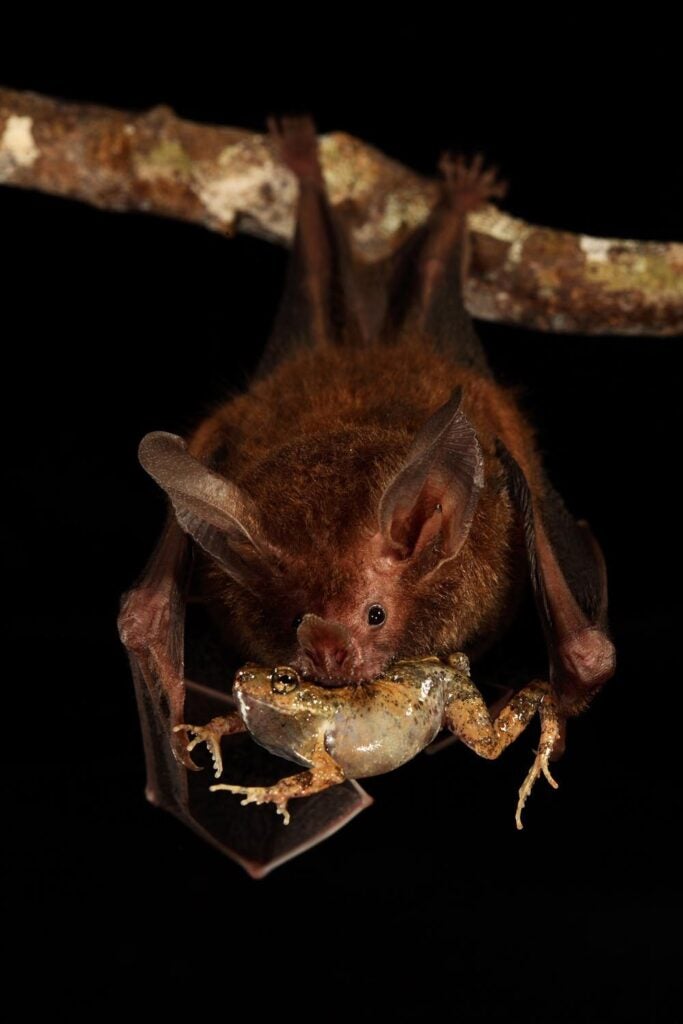 A frog-eating bat doing what it does.
Animals