What Happens When Stars Collide?

In this case, you get a newly observed kind of pulsating star. 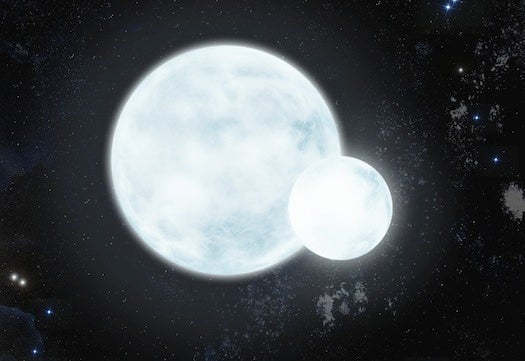 It sure would be interesting to watch two stars run into each other — from a safe distance, of course. One can imagine there would be quite the titanic battle going on between their competing gravitational forces, throwing off gas and matter as they collide.

They also leave behind interesting echoes, at least according to new research. A European team looked at the leftovers of one collision and found a type of pulsating star that has never been seen before.

It’s common for stars to form in groups or to be paired up, since they form from immense gas clouds. Sometimes, a red giant star in a binary system gets so big that it will bump into a companion star orbiting nearby. This crash could shave 90% of the red giant star’s mass off, but astronomers are still trying to get their heads around what happens. 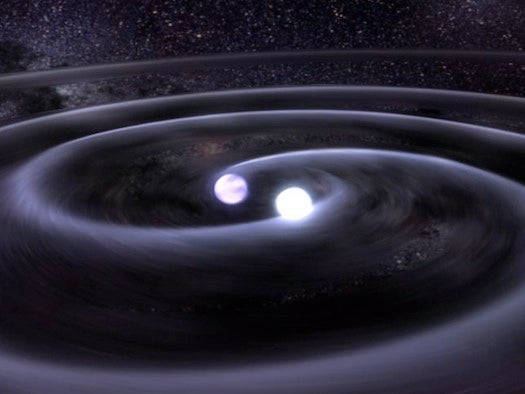 “Only a few stars that have recently emerged from a stellar collision are known, so it has been difficult to study the connection between stellar collisions and the various exotic stellar systems they produce,” Keele University, which led the research, stated.

Researchers who made the find were actually on the hunt for alien planets. They turned up what is called an “eclipsing” binary system, meaning that one of the stars passes in front of the other from the perspective of Earth.

The scientists then used a high-speed camera on the Very Large Telescope in Chile called ULTRACAM. The camera is capable of taking up to 500 pictures a second to track fast-moving astronomical events.

Observations revealed that “the remnant of the stripped red giant is a new type of pulsating star,” Keele stated.

“We have been able to find out a lot about these stars, such as how much they weigh, because they are in a binary system,” stated Pierre Maxted, an astrophysicist at Keele.

“This will really help us to interpret the pulsation signal and so figure out how these stars survived the collision and what will become of them over the next few billion years.”

The next step for the researchers will be to calculate when the star will begin cooling down and become a white dwarf, which is what is left behind after a star runs out of fuel to burn.

Check out more details of the find in Nature.