What Would Happen If I Ate A Teaspoonful Of White Dwarf Star?

“Everything about it would be bad,” says Mark Hammergren, an astronomer at Adler Planetarium in Chicago, beginning with your attempt... 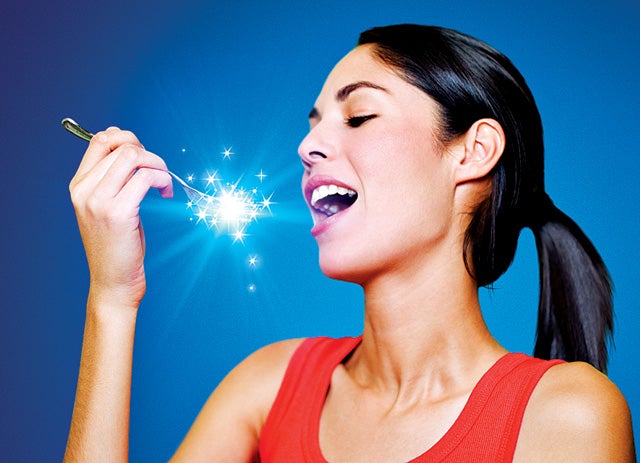 “Everything about it would be bad,” says Mark Hammergren, an astronomer at Adler Planetarium in Chicago, beginning with your attempt to scoop it up. Despite the fact that white dwarfs are fairly common throughout the universe, the nearest is 8.6 light-years away. Let’s assume, though, that you’ve spent 8.6 years in your light-speed car and that the radiation and heat emanating from the star didn’t kill you on your approach. White dwarfs are extremely dense stars, and their surface gravity is about 100,000 times as strong as Earth’s. “You’d have to get your sample—which would be very hard to carve out—without falling onto the star and getting flattened into a plasma,” Hammergren says. “And even then, the high pressure would cause the hydrogen atoms in your body to fuse into helium.” (This type of reaction, by the way, is what triggers a hydrogen bomb.)

It probably wouldn’t be worth the trouble anyway, Hammergren laments. White dwarfs are mostly helium or carbon, so your teaspoonful would taste like a whiff of flavorless helium gas or a lick of coal. But if you’re desperate for a taste of star, you don’t really need to travel 8.6 light-years—your fridge is full of the stuff. Most of the elements that make up our bodies and everything around us were formed in the cores of stars and then belched out into the universe over billions of years. Basically everything you eat was once part of a star. Might we recommend some star fruit?

This article originally appeared in the November 2009 issue of Popular Science magazine.