Big Pic: A Hypergiant Star And Its Clingy Companion

This enormous star is a million times brighter than the sun. 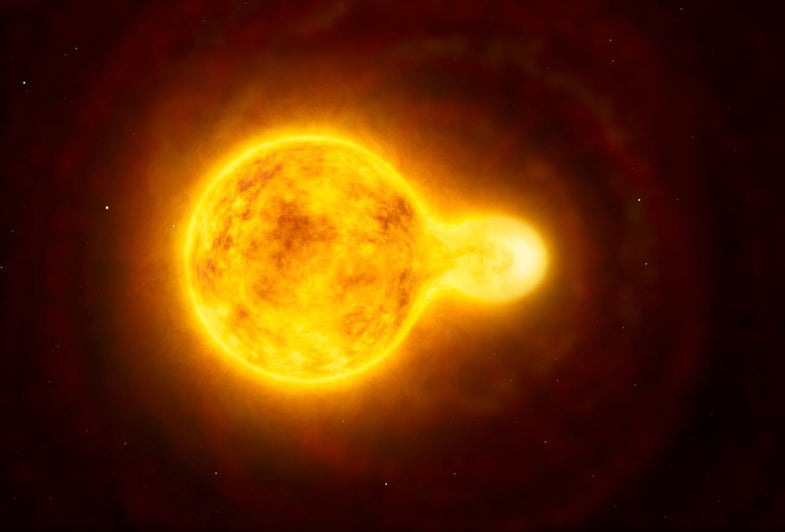 The astronomer who discovered the size of this star says it’s shaped like a peanut, but we disagree; that one “lobe” is much too large. Perhaps that’s because the larger star is, in fact, one of the 10 largest stars ever discovered. Its diameter is 1,315 times that of Earth’s sun.

Astronomers have seen the star, named HR 5171, before. In a new study, however, an international team of scientists learned much more about it. For example, they discovered that HR 5171 is a binary system with a small companion star that touches and orbits the larger star. The astronomers also calculated HR 5171 A’s (the bigger star’s) surprising size. The star is almost twice as large as scientists expect for stars of its type. 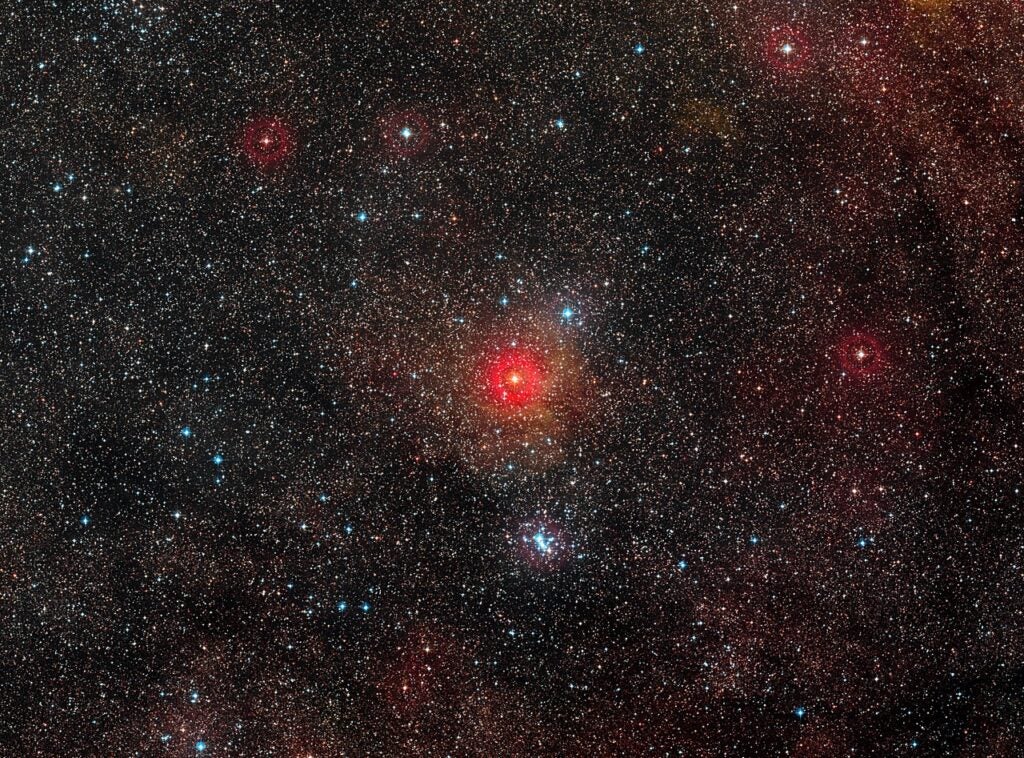 Telescope Image of HR 5171 Among Other Stars

HR 5171 A is a yellow hypergiant, a type of star that’s rare in our galaxy. Like its type-mates, HR 5171 A is big, bright and unstable. It’s about 1 million times brighter than the sun. Over the past four decades, it’s been cooling, enlarging and expelling material outwards.

The team made its new observations from data from the European Southern Observatory’s Very Large Telescope Interferometer. The astronomers also analyzed archival data extending back 60 years, to learn what HR 5171 A has been doing over time. They published their work today in the journal Astronomy & Astrophysics. You can see the full text of a version of the paper on the arXiv, where they posted it publicly before it was peer-reviewed.