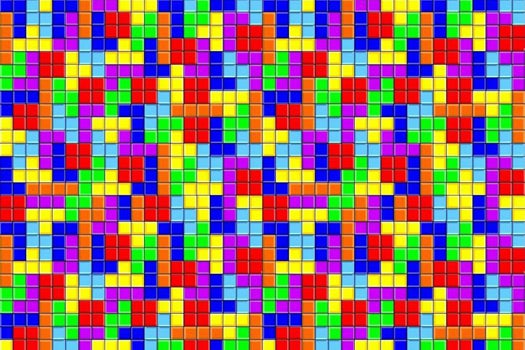 The classic game Tetris has been shown to help alleviate some symptoms of post-traumatic stress disorder, and apparently it’s also good at treating lazy eyes.

Usually amblyopia, more commonly known as a lazy eye, is treated by something like “patching”–where doctors put a patch over the stronger, dominant eye and the weaker, wandering eye has to adjust on its own. It works through plasticity: the ability of certain parts of the brain to take over the work of other parts. A team led by McGill University researcher Robert Hess wanted to explore different ways for treating the estimated 3 percent of people with the condition worldwide.

Instead of separating the work of the two eyes, the team devised a way of forcing them to work together. The researchers had people with amblyopia play Tetris with head-mounted goggles on. The goggles separated what the two eyes saw, so one saw only the falling blocks and the other only the blocks on the ground. After testing 18 adults over two weeks–nine with the two-eye goggle system and nine with patching–the group with the goggle system improved their weaker eyes considerably compared to the patched group, and even improved their depth perception.

Who ever said staring at a screen will ruin your vision?