GameSci: What Is (Scientifically!) The Most Addictive Game Ever?

What's going to glue you to the screen? Science explains. 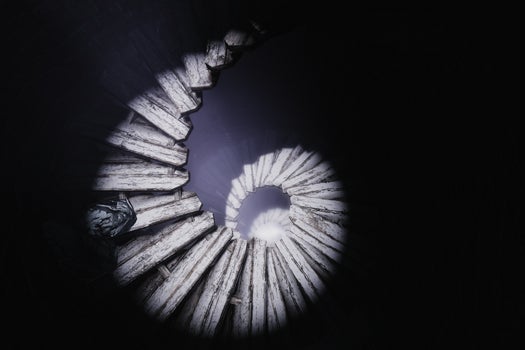 Back in 2007, a study of gamers appeared in the journal CyberPsychology and Behavior. The study, “Experiences of time loss among videogame players: An empirical study,” asked gamers to report how often they got sucked in to games: for better or worse, when they lost track of time while gaming, and how much time they lost. Included was this quote, which probably hit way too close to home for some:

When (Final Fantasy 7) first came out, my boyfriend and I took turns playing and ended up playing for pretty much three days straight. We hadn’t realized that two extra nights had passed and felt absolutely horrible physically afterwards. On a good note, playing videogames helped me quit smoking. I’d play instead and then huge chunks of time would go by with no nicotine cravings at all (Female, age 25).

Don’t worry about it, Female Age 25. We’ve all been there. You’re sitting there, thinking, “Well, I’ll just pop Fallout 3 in here for about 30 minutes,” then you wake up three days later with empty bags of Cheetos scattered across the floor and no recollection of what happened.

The study, by Richard T.A. Wood and colleagues at the International Gaming Research Unit Division of Psychology, Nottingham Trent University, noted that 99 percent of the study’s 280 participants experienced the time-warping properties of gaming. Some thought that effect was only a good thing (24.3 percent), some only a bad thing (29.3 percent), and others a mix (38.2 percent). About two-thirds of the participants lost track of time the most from the evening to the wee hours of the morning; only 1.4 percent of the participants said they lost track after getting up in the morning. (Sidenote: Who are you well-adjusted people playing games for, like, a single hour after coffee and before work? Teach me your ways!)

A little deeper inside the study is a compilation of what cements gamers’ butts to chairs. The survey maybe skews a little young, so some of the games mentioned might be biased toward relatively new (or circa mid-decade) releases. But let’s break those down and see if there’s a game that uses all of the features of addictive games to effectively destroy your retinas. Here are some of those characteristics:

Wood et al. report that most gamers wanted “complex and immersive” games. We can probably use that to eliminate some smaller games (sorry, Angry Birds), but that could still include a lot of genres and titles. In the study, Grand Theft Auto, Everquest, and _Quake III_–all pretty different games in different genres–get mentioned as examples of this.

Or missions, or high scores, or something that can result in being able to give yourself just one more checkpoint to reach. After that, you can reach the next level, and the next, and the next, until the firefighters bust through your door because you’ve missed rent and won’t answer your phone and everyone is just generally really concerned. 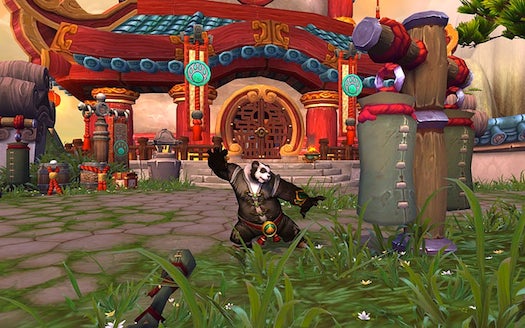 YOU CAN PLAY THEM WITH OTHER PEOPLE

Ah, yes. I was wondering when we’d get to the anecdotally most time-heisting game genre: The Massively Multiplayer Online Role-Playing Game. An online, usually dungeons-and-dragons-style game with a big world to explore. This includes games like the mind-explodingly popular World of Warcraft, which had more than 10 million players as of November and which gets mentioned by name in the study more than other game. Online first-person shooters like the Halo and Call of Duty franchises are popular games that meet this criterion, too.

THEY HAVE A PLOT

Gamers in the study said they couldn’t wait to figure out what would happen next in the story, so they wouldn’t put it down. So that eliminates popular choices like Tetris unless someone can convince me it has a plot. (You are trying to ruin someone’s plan for a very blocky building, maybe?) But actually this can still include … oh, I don’t know, probably most post-’80s games, really.

So what is the The Most Addictive Videogame Of All Time?

Well, let’s start with the most obvious choice: World of Warcraft. There’s a reason those 10-million-ish people are playing it (and forking over monthly subscription fees to do so). It meets all of those characteristics here, and some in surprising ways. Not only does it have a plot; it, and other games in the MMORPG genre, pretty much let you do whatever you want, giving you an inexhaustible amount of ways to play, and plots to make your way through.

Looking for a dark horse? Maybe something like The Sims, which meets most of these requirements but also in unexpected ways. It doesn’t exactly have a plot but anyone who’s played it can tell you what it’s like waiting out your avatar’s next task–“I have to drive my car to work now,” “I have to cook dinner now”–with anticipation. It’s not broken up into levels but can definitely be broken down by the player into artificial times (“Just one more virtual day!”), is plenty complex, and is fun with friends, even if it’s just over-the-shoulder.

But there’s obviously an amount of personal bias in picking this, too. My own drug is probably the Portal games, where you work your way through “complex” “levels” on your way to meeting who’s putting you through those levels (“plot”). The games are minimalistic and short but heavy on complexity and compulsively re-playable.

Oh, and by the way: If you’re looking to tear yourself away from a certain game, some of the study’s participants shared their tactics, like:

Play a music album and when it finishes I know I have been there a while!!! (Male, age 18)

Put the TV on a timing system so it automatically goes off after a while (Female, age 18).

Good luck with your habit!