Megapixels: Monkeys Take A Ride On The World’s Largest Rodent 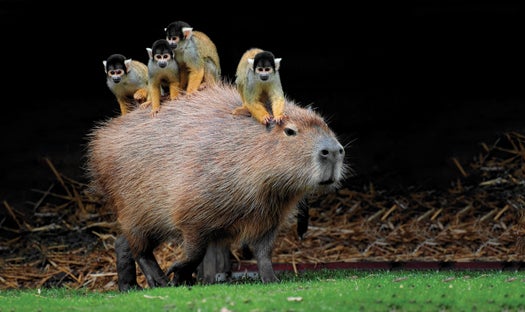 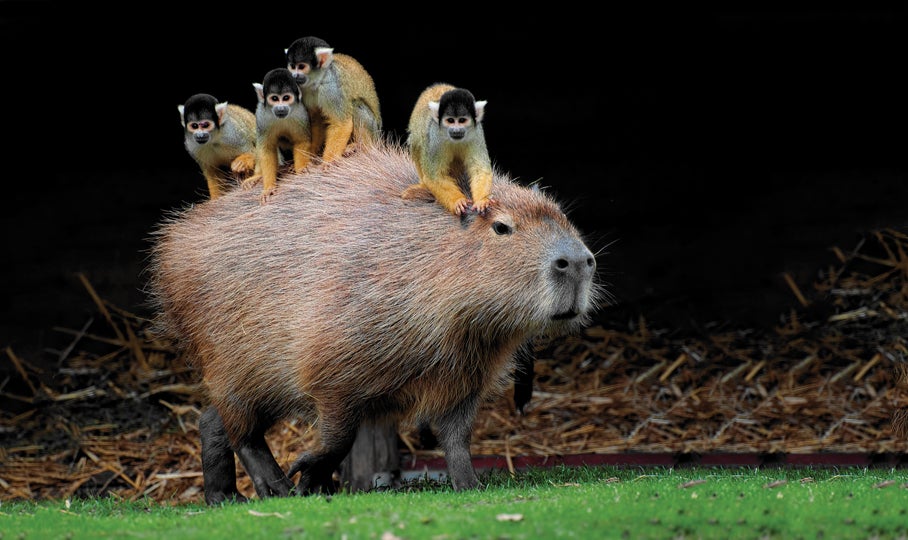 In the rainforests of South America, squirrel monkeys and capybaras would never meet. While squirrel monkeys live in trees up to 60 feet high, capybaras—the world’s largest rodents—dwell along river banks. But at the Beekse Bergen Safari Park in the Netherlands, the two species have shared an enclosure for eight years now, and they seem to be friends.

The monkeys ride and groom the capybaras. They even eat and play together. Interspecies relationships are more frequent between captive animals, says behavioral ecologist Marc Bekoff. Because keepers feed them, they can spend time getting to know their enclosure mates instead of foraging for food. In 2005, a similar arrangement at a zoo in Japan went sour when a capybara mauled a monkey to death. But Bekoff says that, for the most part, zoos are safe environments for odd relationships.