How to Pour a Perfect Beer 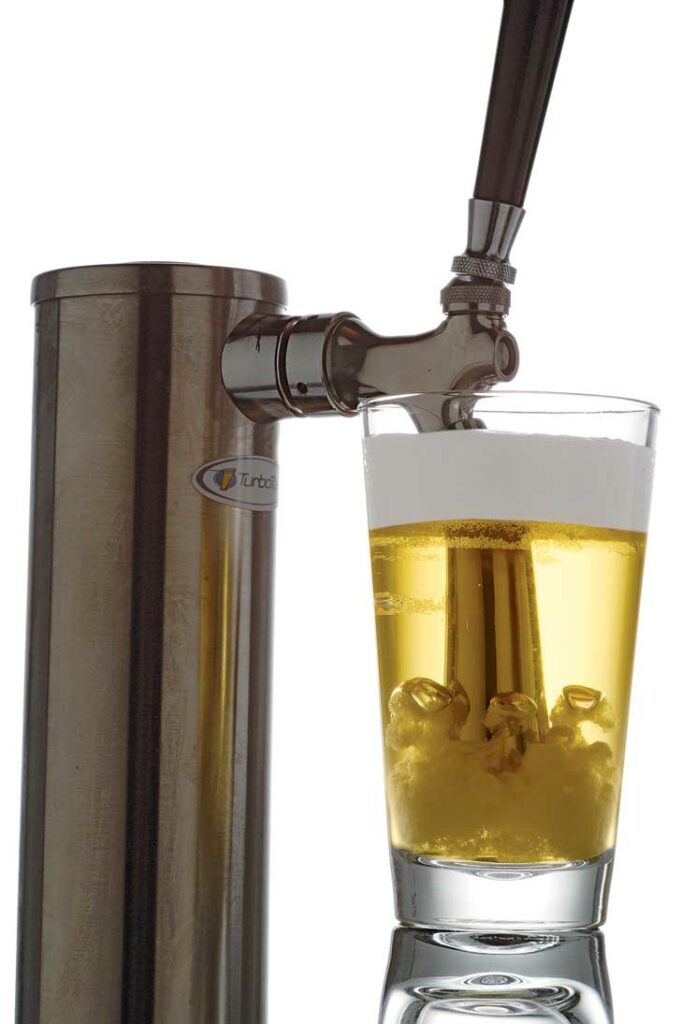 Great inventions are often responses to simple problems. For Matt Younkle, the problem was a discouragingly long line at his college bar. Ten years later, the thirst-inspired spark of frustration he felt then has resulted in Chicago-based Laminar Technologies´s TurboTap (turbotap.com), a 4.5-inch-long stainless-steel nozzle that attaches to standard beer faucets and pours a beer twice as fast as existing taps.

Pumping beer at high speeds through a traditional tap creates turbulence-the increased pressure causes the beer to flow randomly, not just straight down. Also, air travels up through the tap, mixing with the beer and disturbing its flow. Finally, the beer smashes into the bottom of the glass and foams up.

To limit foam, Younkle grounded his design in fluid mechanics. He extended the tap nearly to the bottom of the glass and added an internal diverter shaped like a Hershey´s Kiss, which gently guides the beer outward as it exits the tap, preventing turbulence. Bartenders can crank up a keg´s pressure until it delivers a pint every three seconds and still create an ideal 1.5 inches of foam on every pour. Bars began installing the TurboTap this summer, and a home version could be available by next year. Here´s hoping it´s ready in time for the Super Bowl.