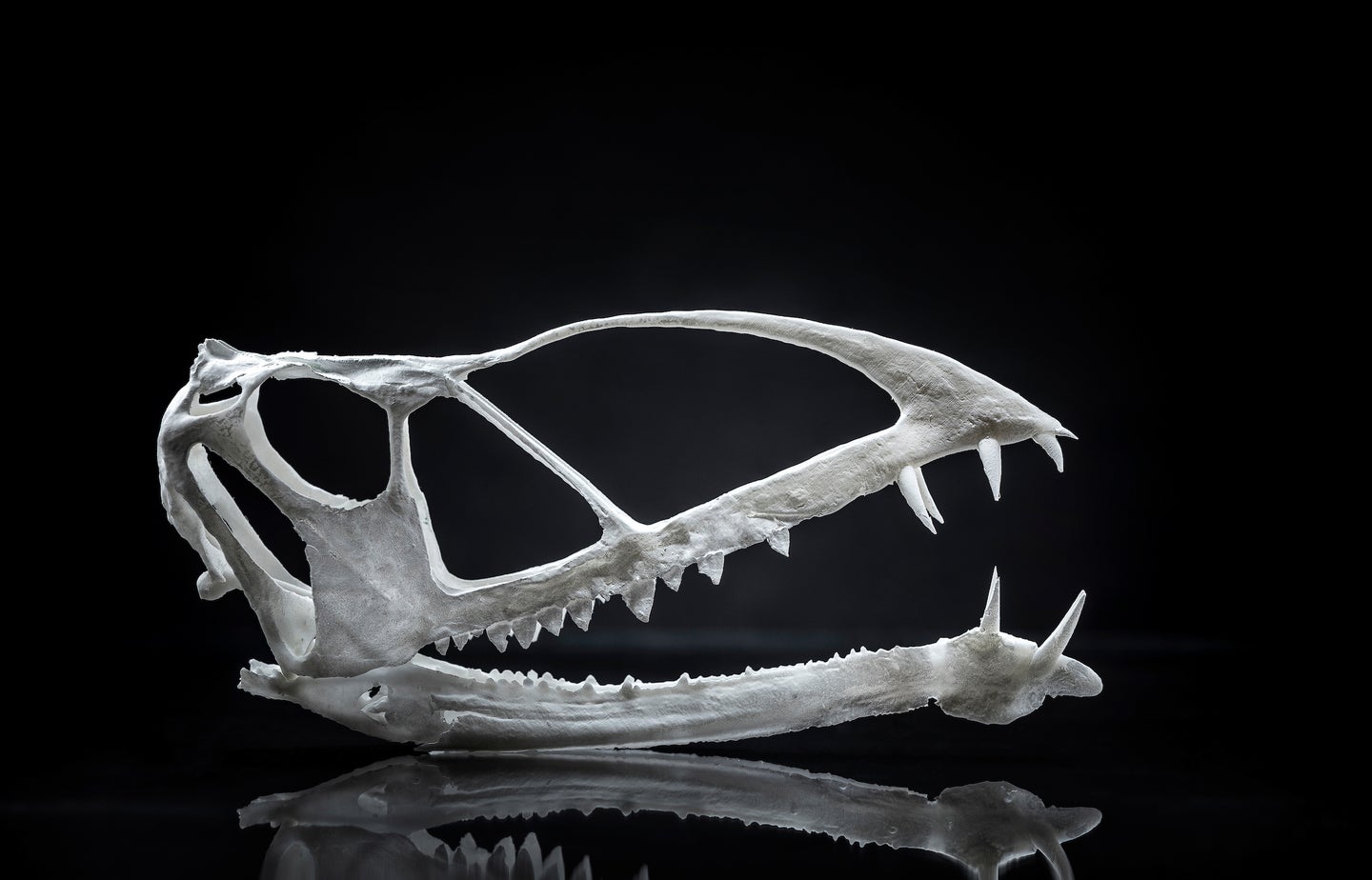 Back in the day, dinosaurs roamed the earth, but pterosaurs were masters of the sky. Though better known as pterodactyls to the general public, pterosaurs are familiar to anyone with even a basic knowledge of paleontology. But while we know pterosaurs existed, we also know relatively little about them. Their fossilized remains are extraordinarily rare, and when it comes to the Triassic period of the prehistoric world, we’ve only found shoddy, dusty fragments of just 30 pterosaur specimens.

Well, that’s all we were left with. In a new paper published Monday in Nature Ecology & Evolution, scientists unveiled a bombshell find out of the Saints and Sinners Quarry in northeastern Utah: the 200-million-year-old bones of a new pterosaur species, Caelestiventus hanseni, whose genus means “heavenly wind.” The rare specimen is the first Triassic pterosaur found in a desert setting, and remains remarkably, unusually intact for its age. Pterosaurs seem to have been much more common and diverse than we thought.

“You always dream about these things,” says Brooks Britt, a geological sciences professor at Brigham Young University and the lead author of the new study. “Pterosaur bones are so uncommon. You don’t walk out there and say ‘I’m going to look for pterosaurs in the rock.’ They’re such a small component of the biota that’s being preserved.”

Pterosaurs probably weren’t rare back in their heyday, but like birds and other flying vertebrae, these creatures had delicate builds and lightly constructed bones. “Their bodies get easily lost to consumption and predation, and just plain rotting,” says Britt. “The bones are typically badly crushed, and if they aren’t, they might be badly distorted.” The dearth of intact specimens means we still have tons to learn about pterosaurs.

The Saints and Sinners Quarry is chock full of thousands and thousands of Triassic-era bones. There are so many that researchers don’t just dig them out of the ground one at a time. Instead, they carve out giant blocks of sandstone and whittle them down in the lab.

“You’re working pretty blind when you’re working on a block of rock,” says Britt. “There’s no way of knowing what’s inside and if there are bones there.” The team found several early crocodile skeletons before they found something they didn’t recognize—the remains of a pterosaur.

“You’d mostly just find pterosaur bones in lakes or shallow marine areas,” said Britt. “Here we’ve found them in what was at the time a big desert. It seems like pterosaurs were actually a well-adapted and ecologically widespread animal in their time.

The Caelestiventus hanseni specimen remained intact in a three-dimensional layout because the bones were fossilized in sand. “Most of the skeletons of the small early pterosaurs are dramatically crushed by the fine-grained marine sediments deposited above them, because their bones were hollow inside,” says Fabio M. Dalla Vecchia, a pterosaur researcher with the Institut Català de Paleontologia Miquel Crusafont in Sabadell, Spain, and a coauthor the study. Sand, fortunately, doesn’t compress.

So instead of being left with just a single bone from a single body part, the team was able to study the preserved remains of a face, the skull, the lower jaw, and part of a wing. The skull in particular gives the researchers an idea of what the brain looks like, and suggests early pterosaurs had sharp vision—but a lackluster sense of smell. The team also found evidence that this particular species had folds of skin under the neck like some kind of bizarre ancient pelican, which may have been used as a pouch for holding food or as some sort of display function.

Caelestiventus hanseni looks unusually large for a Triassic pterosaur. Dalla Vecchia says it bears relation to the Dimorphodon, a Jurassic-era pterosaur. Both fall under the same Dimorphodontidae family, which suggests that these pterosaurs survived the end Triassic mass extinction and crossed into the Triassic/Jurassic boundary.

Right now, the team is taking a more detailed look at each uncrushed bone, not just to glean more about Caelestiventus hanseni but also to reinterpret what’s already known about other pterosaur species. And that knowledge itself might actually be used to help humans fly through the air more effectively.