FYI: What Is the Oldest Toy in the World?

The National Toy Hall of Fame awarded “oldest toy” to the stick. Edward Bleiberg, a curator of Egyptian art at... 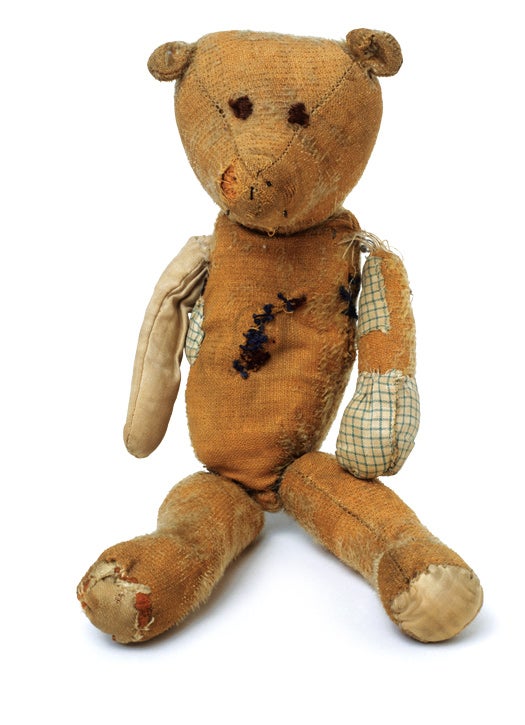 The National Toy Hall of Fame awarded “oldest toy” to the stick. Edward Bleiberg, a curator of Egyptian art at the Brooklyn Museum, says that Neolithic balls made from mud are probably out there, but in any case it would be difficult to determine if they were playthings.

In 2004, archaeologists dug up a 4,000-year-old stone doll head in the ruins of a village on the Italian island of Pantelleria. That the head wasn’t found in a ceremonial ground made it different than most ancient human figures and suggests that it was probably a toy. It had curly hair and was buried with miniature kitchenware. Bleiberg says that archaeologists have found many wooden dolls in Egyptian tombs that date back just as far, but most of those figures were found engraved with reproductive symbols, and probably weren’t for play.

Games might be older than dolls. In ancient Egypt, senet, a board game that looks like backgammon, appears in wall drawings from around 2686 B.C. Egyptian kids might not have played senet, but they did play something like jacks around the same time—throwing rocks in the air and picking up pieces of clay before they fell back to earth.

ancient egypt
Ask Us Anything
February 2012
Future of Fun
games