FYI: Why Do Libraries Have That Smell? 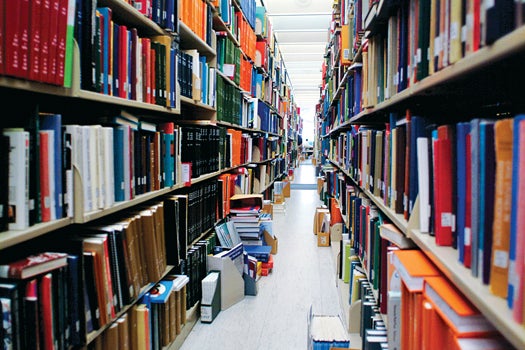 The musty smell is most likely cellulose decay. Since the mid-19th century, when papermakers began using groundwood pulp in place of cotton or linen, most paper has contained an unstable compound called lignin, which breaks down into acids and makes paper very brittle. Since 2001, the Library of Congress has treated at least 250,000 books every year with magnesium oxide. The chemical deacidifies paper and slows decay.

Lorraine Gibson, a chemist at the University of Strathclyde in Scotland, runs a project called Heritage Smells that will identify decay in its earliest stages. She is working on a handheld mass spectrometer, a sort of artificial nose that locates the molecules that cause the musty smell.

Molecules move down a flight tube, and the movement through the tube helps identify the mass of the molecule. Once researchers have identified the molecules that speed decay, they can work to stop it.

This article originally appeared in the January 2012 issue of Popular Science magazine.