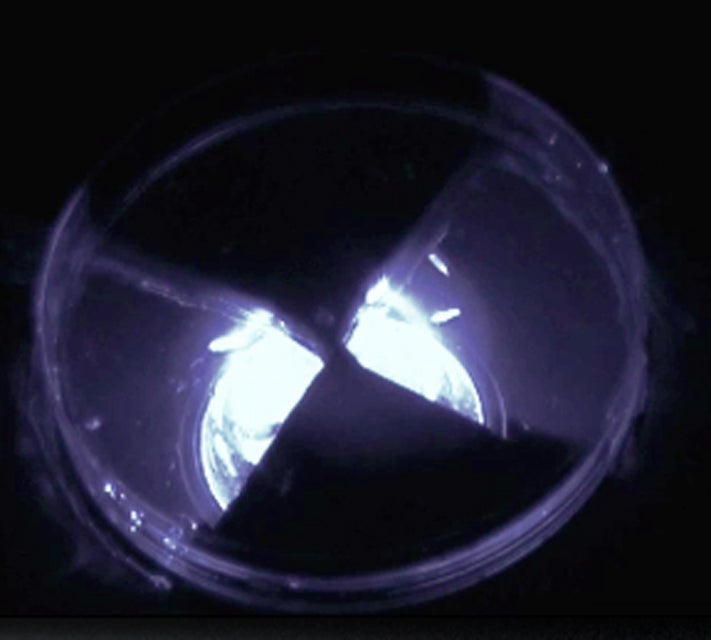 Scientists in Germany figured out how to modify fruit fly larvae so they can “smell” light, encouraging them to move toward it, rather than away from it like they normally would. Before you get excited about actually smelling Skittles when you see a rainbow, however, bear in mind that the fruit fly larvae are much easier to manipulate than humans.

The work involves activating single receptor neurons out of 28 olfactory neurons. All the olfactory neurons were capable of producing a protein that is activated by light. The researchers had to choose which one to make light-sensitive.

They found they could either activate cells which would normally register repulsive odors and make the flies go away, or they could activate cells that respond to attractive odors like banana, marzipan or glue. Those odors are all present in rotting fruit, which attracts fruit flies.

The neurons send an electrical signal if they are stimulated with blue light, giving the fly larvae the impression that it has smelled something. As shown in the photo, the larvae went toward the light. The point is to study how the neural network operates, the researchers say.

They used thin electrodes to detect the light-activated neurons’ electrical signals. Then they followed the signal all the way into the brain, allowing them to observe where the signal went. The method could enable tests on living animals without harming them, according to Klemens Störtkuhl, who led the research.

The next step is to test the modification on adult fruit flies.