Rare earth elements have received a good deal of attention lately, not least because they are indeed very rare, and... 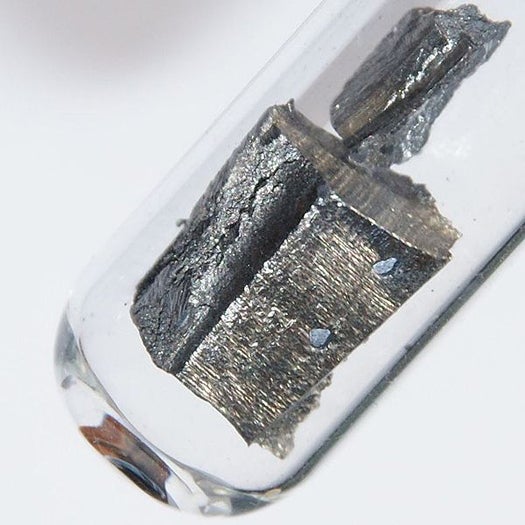 Rare earth elements have received a good deal of attention lately, not least because they are indeed very rare, and the country holding most known reserves – China – is gobbling them up faster than it can mine them, leaving few leftovers for export. But now Boeing has announced a deal to deploy its remote sensing technology to map out possible U.S. deposits of rare earth elements in an effort to rebuild a domestic supply chain for U.S. industry.

Rare earth minerals are crucial for everything from high-tech computing hardware to cell phones to military tech. Some estimates suggest China holds as much as 97 percent of the planet’s rare earth oxides, but even with those vast holdings the nation recently cut back on exports to feed its own insatiable demand for the stuff.

Meanwhile, new rare earth mines are planned in the U.S., Canada, Australia, and Africa, but operations won’t be up and running for a few years. During that time, Boeing’s remote sensing technology will hopefully be able to confirm the existence of both “light” and “heavy” rare earth deposits in places like Idaho and Montana, where earlier sampling has shown concentrations of some valuable rare earth elements.

Boeing’s proprietary technology can be deployed from overhead via airplanes or satellites, scanning wide swaths of the ground for electromagnetic signatures that suggest the presence of certain substances like neodymium. The highly magnetic element is used in everything from hard drives to hybrid cars to fighter jets, and securing reserves of the stuff is essential to future industrial advances in everything from computing to alternative energy.

Put another way, we need rare earth elements to move forward with a lot of the technologies that are widely considered to be the future, be they wind turbines, cleaner-burning cars, or smart electrical grids. Which explains Boeing’s enthusiasm for joining the search; Boeing builds everything from airliners to satellites to fighter jets, not to mention many of the high-tech flight, targeting, and navigation systems therein. In fact, though Boeing isn’t saying much about the technology, there’s a good chance the very sensing tech being used to search for rare earth elements is itself chock full of rare earth elements.

That fact isn’t lost on companies like Boeing. Re-establishing a domestic supply chain of rare earths won’t take place overnight, but with so much skin in the game there’s a good chance American industry will figure out how to get it done.