Technically, it's a carbon-neutral convention centre 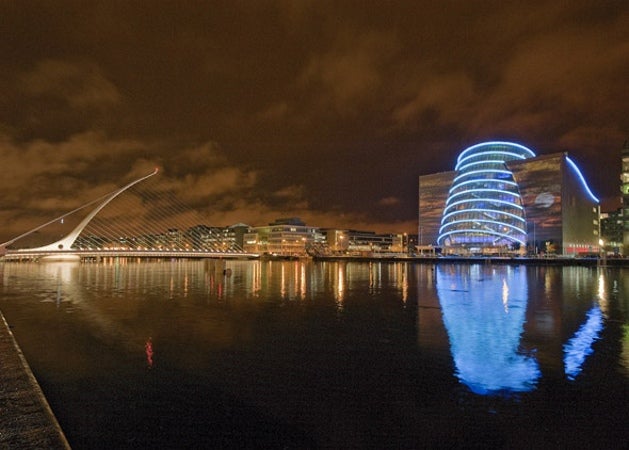 Dublin’s newly opened (and creatively named) Convention Centre Dublin is the first officially recognized carbon-neutral convention center in the world (even ahead of the dice-house). It’s a feat accomplished with the help of one very sophisticated central brain, which monitors environmental conditions and adjusts energy use accordingly–in real-time.

The design and construction of the building affirm the eco-ethos–it’s constructed vertically, which is more energy-efficient than the typical sprawling convention center. It’s also made of low-carbon concrete, which helps to offset the carbon footprint somewhat. But it’s the temperature and energy monitoring system that really separates the CCD from its peers. 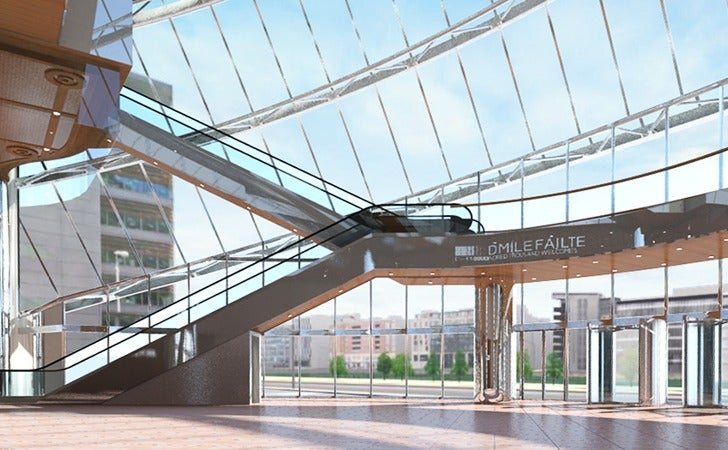 The building uses an energy recovering ventilation system, including a thermal wheel heat recovery system which actually traps radiating heat from guests, as well as water vapor in the air, for use in heating and cooling later. It’s got a massive ice storage unit, which it turns out is a much more green method of cooling the air down than air conditioning. (That’s how they do it in California, after all!) And all of this is regulated by an integrated building automated system, which continually monitors temperature, pressure, and other environmental factors and adjusts its efforts in real-time.

That’s not to play down that this is a functional, and massive, convention center. It holds 8,000 guests, including a 2,000-seat auditorium, and has “banqueting facilities” for up to 3,000 of your closest banqueting friends. And, of course, it has giant glowing rings on its exterior, which isn’t necessarily environmentally sound but is totally shiny.