The raising of livestock consumes two-thirds of the planet’s farmland, and is a major source of greenhouse gases. Meanwhile, tons... 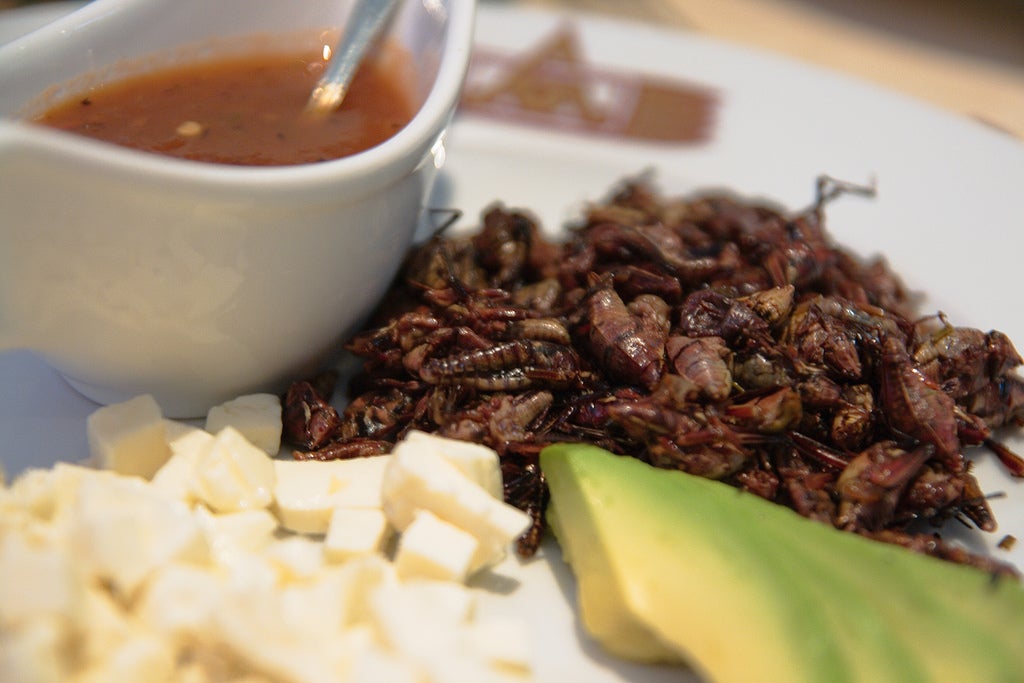 The raising of livestock consumes two-thirds of the planet’s farmland, and is a major source of greenhouse gases. Meanwhile, tons of edible, sustainable protein swarms all around us, free for the taking. In a new policy paper being considered by the UN’s Food and Agriculture Organization (FAO), Belgian entomologist Arnold van Huis makes the sensible recommendation that the western world eat more insects.

Farming edible insects like mealworms and crickets would produce far less greenhouse gas — 10 times less methane and 100 times less nitrous oxide — than the large mammals we currently farm. Insects are metabolically much more efficient, which makes them far cheaper to feed and raise; and, since they’re so biologically different from humans, they are less subject to contagious disease scares like mad cow. They are high in protein and calcium, and, with over 1,000 edible species, offer plenty of delicious variety.

In April, the FAO started a pilot locust-farming project in Laos, where entomophagy is not unheard of, but where it’s been in decline under the cultural influence of the West. According to the Guardian, 15,000 household farmers already raise locusts in Thailand, and that expertise can be transferred elsewhere.

Introducing a bug-rich diet to the western world might be more of a challenge, although it’s certainly not unheard of. A British author named Vincent Holt published an essay advocating it in 1885, along with a nice selection of menus — moths on toast, anyone? — in a pamphlet called Why Not Eat Insects?

Van Huis proposes a two-phase plan: first just farming insects to feed to more conventional livestock; and then gradually introducing them directly to the menu for humans. “We’re looking at ways of grinding the meat into some sort of patty, which would be more recognizable to western palates,” he says.