Vibration-Powered AA Battery Charges Up When You Shake It

When my little flashlight or my electric toothbrush goes dead, some atavistic impulse leads me — and I suspect I’m... 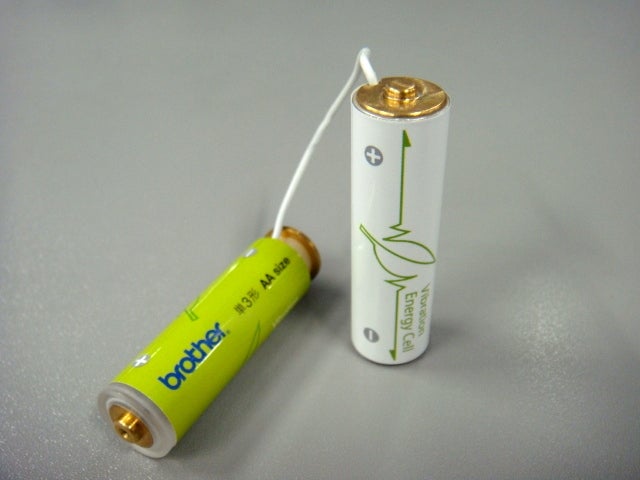 When my little flashlight or my electric toothbrush goes dead, some atavistic impulse leads me — and I suspect I’m not alone — to stare for a moment at the misbehaving gadget and then give it a violent shaking, as though the electrons are stuck and just need a little encouragement.

Soon, thanks to Brother Industries, that caveman approach to technology could actually work. The Japanese company is demonstrating standard AA and AAA batteries that incorporate vibration-powered induction generators, so they actually charge when you shake them.

In the prototypes, each functional battery takes up two battery slots: one for the generator and the other for the capacitor that stores the charge. The unit is sufficient, according to Brother, to power a TV remote or an LED flashlight, which they will be demonstrating at the Techno-frontier 2010 exhibition in Tokyo next week.

Truly, an idea whose time has come. Next they need to get to work on a device that recharges when you curse at it.