More than 60 ships are being dispatched to ward off a green tide approaching the city of Qingdao, the Guardian... 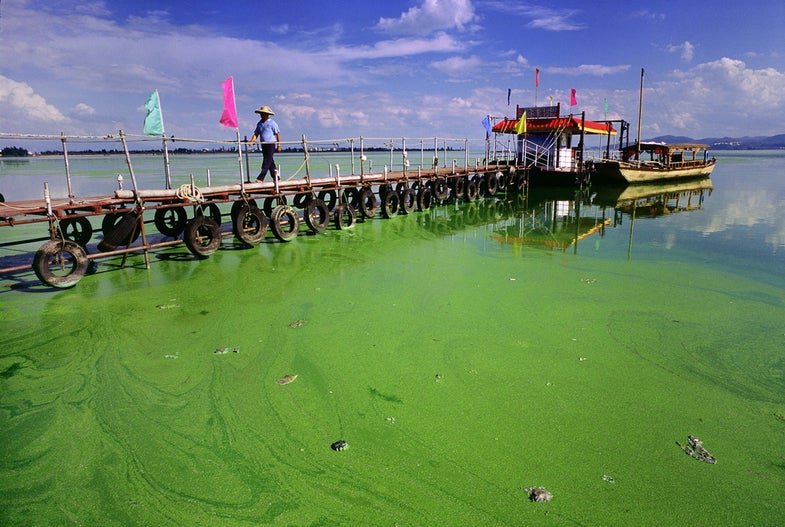 More than 60 ships are being dispatched to ward off a green tide approaching the city of Qingdao, the Guardian reports. Officials in the Chinese coastal city hope an armada can save them from a looming onslaught of green algae.

Like the U.S. eastern seaboard, it’s the hottest week of the year in northern China, where temperatures are higher than they have been in decades. The heat promotes algal growth. The same effect takes place in stagnant ponds, when algae forms a thin green film on the water’s surface. But in this case, it’s so dense that it can choke out life beneath the surface.

What’s more, scientists say, it must be removed before it starts to decompose on beaches, where it will release noxious gases and impact the local ecosystem.

About 170 people were helping cart off the seaweed, known as enteromorpha, using a massive net and a dozen trucks. The Guardian says as of Wednesday, they had removed about 3,900 tons of the stuff.

Chinese state-run media says the algae covers an area of more than 150 square miles. It’s not as bad as a similar outbreak in 2008, however — that one threatened to ruin the sailing events at the Olympics.

On the bright side, the algae is being taken away for processing, possibly for use as fertilizer or animal feed.