Those of you who thought 3-D had jumped the shark, check this out. Using a new instrument at the Very... 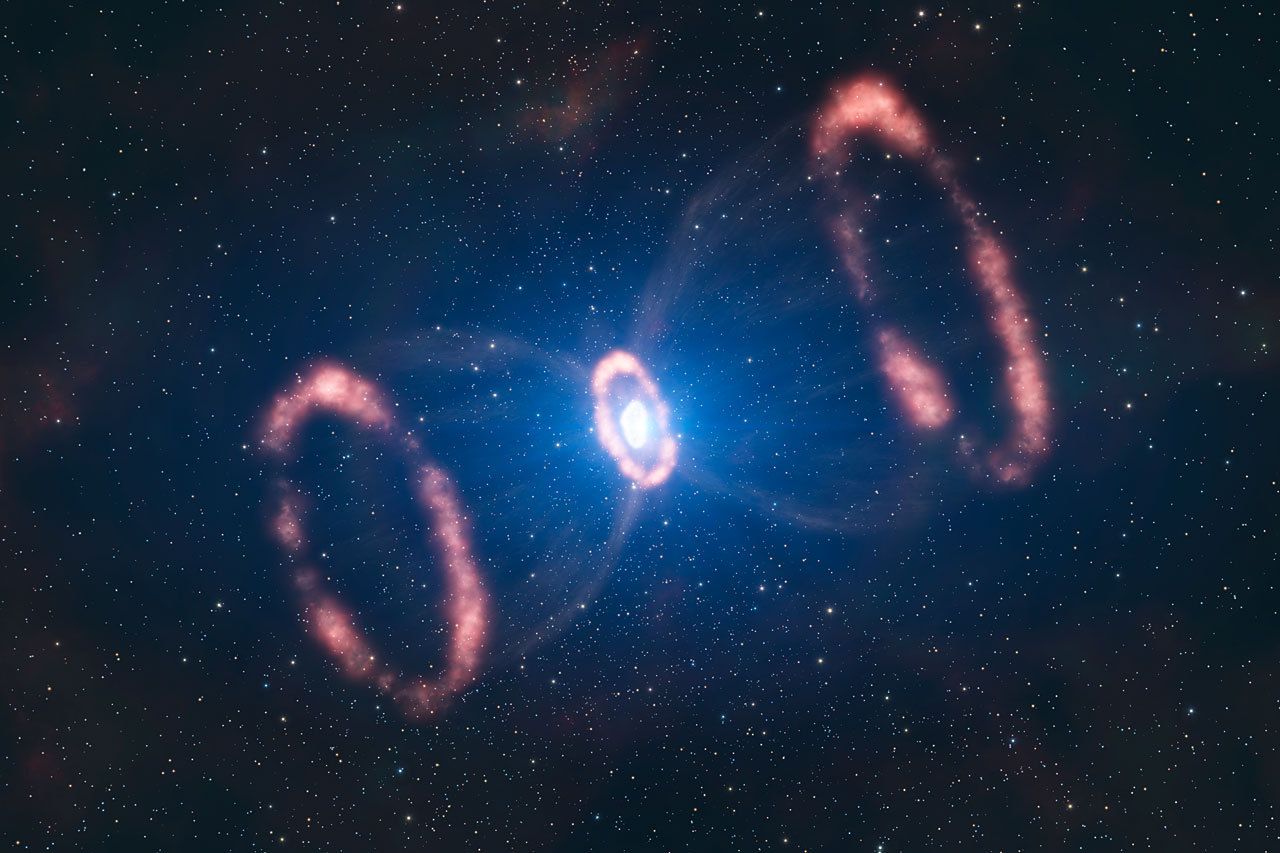 An artist's impression shows material being ejected from supernova 1987A, a star that exploded in the nearby Large Magellanic Cloud. A new instrument on the European Southern Observatory's Very Large Telescope allowed astronomers to reconstruct the supernova in 3-D. ESO
SHARE

Those of you who thought 3-D had jumped the shark, check this out. Using a new instrument at the Very Large Telescope, astronomers have been able to capture a three-dimensional view of the distribution of the innermost material expelled by a supernova, the European Southern Observatory said today.

Astronomers learned the original fireworks were concentrated in one direction, which indicates the supernova was very turbulent and not symmetrical, a finding that supports the latest star-death models.

Stellar scientists were able to measure the trajectory of Supernova 1987a’s ejecta, and found it spewed from the star at 62 million miles an hour. The explosion was stronger and faster in some directions than others, which scientists had already predicted. The data represents the first direct confirmation of supernova asymmetry.

Karina Kjær, lead author of a paper on the findings published in Astronomy and Astrophysics, says the way that the star exploded is imprinted upon the core’s inner material: “We can see that this material was not ejected symmetrically in all directions, but rather seems to have had a preferred direction. Besides, this direction is different to what was expected from the position of the ring.”

Supernova 1987a, seen in 1987, was the first naked-eye supernova observed in 383 years. It is in the relatively close Large Magellanic Cloud, and has provided several notable astronomical breakthroughs, like the detection of neutrinos from the collapsing stellar core.

Find out more in this video.