Physicists simulate the death of a white dwarf 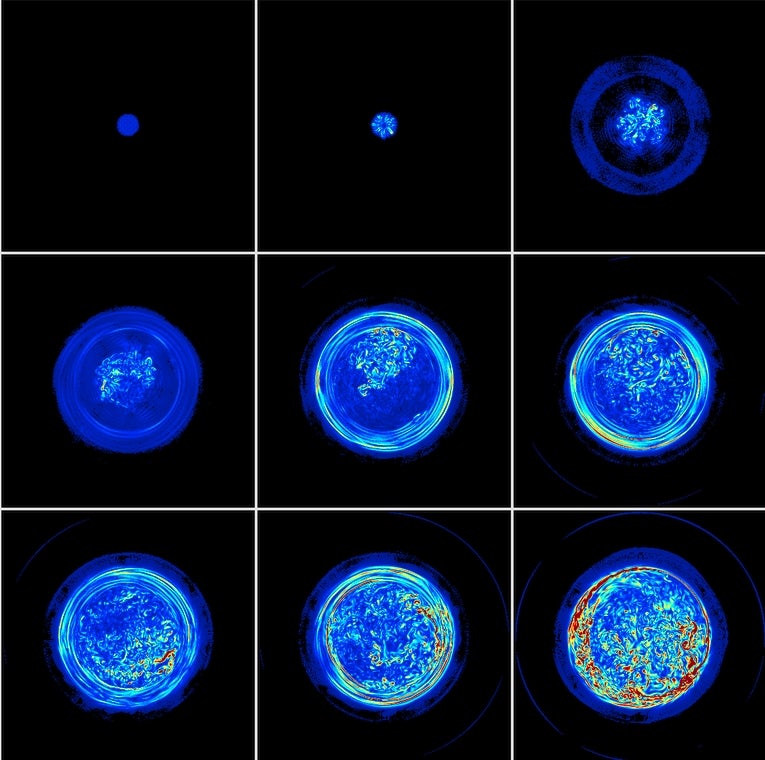 Good news for astrophysicists and fans of massive thermonuclear explosions alike: a team of mathematicians at the DOE’s Lawrence Berkeley National Laboratory, working alongside two astrophysicists from Stony Brook University and U.C. Santa Cruz, have modeled the hours leading up to a Type Ia supernova, capturing the gritty details of the cataclysmic death of a white dwarf star for the first time.

Type Ia supernovae are one of the great mysteries of the universe, not only because we’ve never seen one up close, but also because they are used by astrophysicists as a standard to measure the expansion of the universe. The theory that our universe is expanding at an accelerating rate is based on observations of these cosmic explosions, so naturally researchers want to know if supernovae always occur identically; put another way, they want to know if their standard is standard.

Many computer simulations have attempted to produce an accurate model of a Type Ia supernova, but so far none has been successful, mainly due to a lack of computing power. For the last three years, the Berkeley team has been working on software known as MAESTRO that is intended for processes occurring at speeds lower than the speed of sound, allowing the simulation to churn out detailed results using less supercomputing time than traditional simulations. MAESTRO simulates the flow of mass and heat through the star, but the sound waves have been stripped out, allowing the code to run much more efficiently.

The result is a full-star simulation of the hours, not just the seconds, before the star dies in an apocalyptic display of pyrotechnics. A Type Ia supernova starts out as a white dwarf — that is, a star that never grew hot enough to fully fuse its carbon and oxygen. But given the right proximity, white dwarfs can accrue mass from other nearby stars until a critical mass is reached and the star begins to simmer under the heat and pressure, a process that can go on for centuries. The center of the star gets hotter and hotter until a tipping point is reached in the final few hours, after which convection can no longer move heat away from the center fast enough. At around 1 billion degrees Kelvin: boom. After burning and simmering for millennia, it turns to a cosmic explosion in seconds.

According to the team’s paper, observations about the convective flow of heat within the star could be critical to understanding the supernova process and, in turn, the fate of the universe. For those of us less interested in the universal life-cycle, the models have produced some beautiful cosmic watercolors. 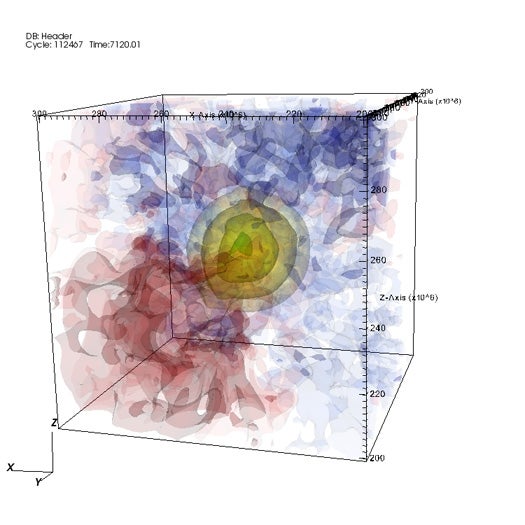 A team of researchers has developed the first 3-D models for Type Ia supernovae caused by dying white dwarf stars. The models could provide clues to the fate of the universe.