Feisty ankylosaurs clubbed each other with their tails

Their signature bony tails may have been used to assert dominance as well as take down T-rexes. 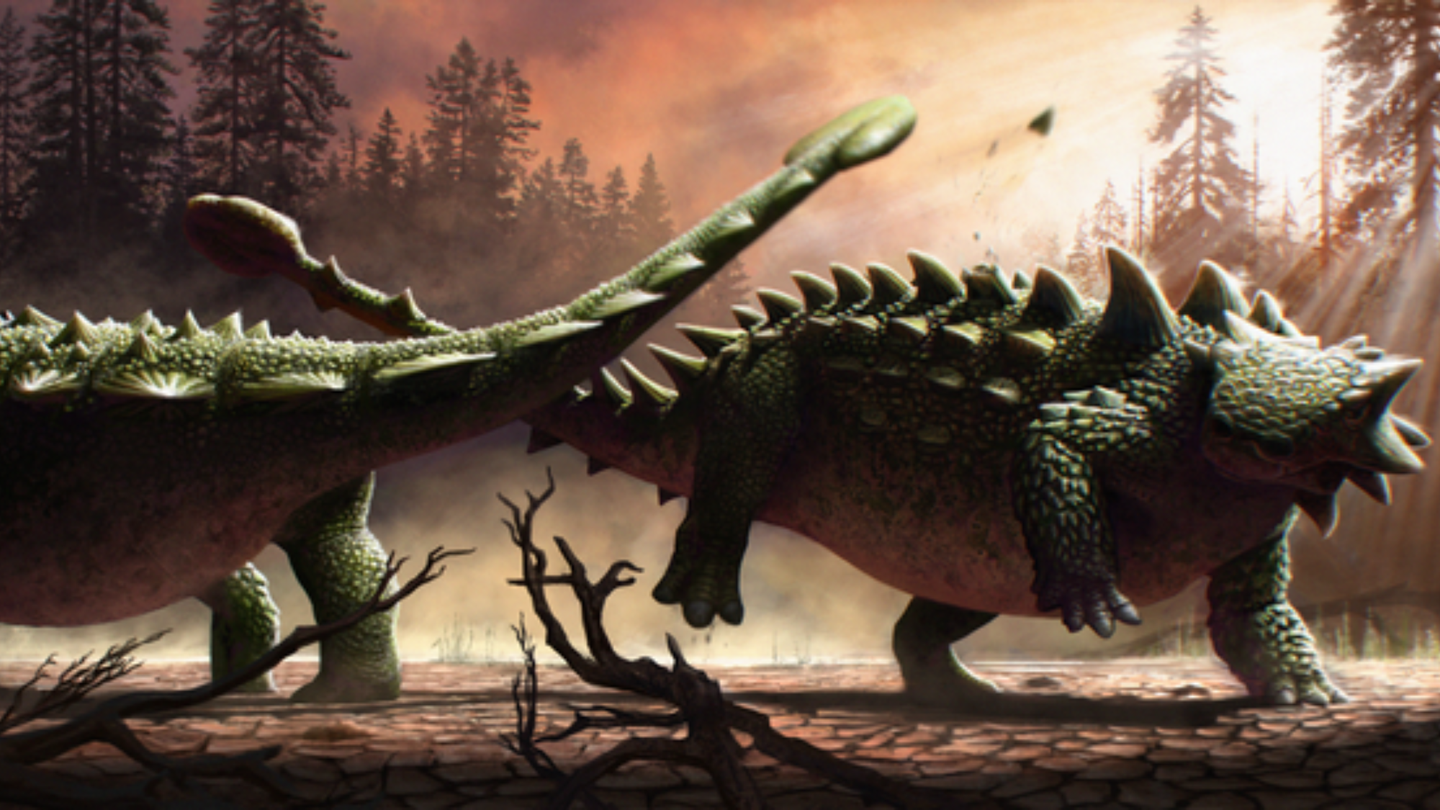 When the discovery of a new species of ankylosaur (Zuul crurivastator) was announced, it delighted 80s movie fans the world over due to its resemblance to the monster Zuul from the 1984 classic Ghostbusters. The dinosaur’s name means, “Zuul, the destroyer of shins,” in reference to its 10 foot long tail that was likely used to smash the legs of two legged tyrannosaurs like the Tyrannosaurus rex.

Now, scientists from the the Royal Ontario Museum (ROM), Royal BC Museum, and North Carolina Museum of Natural Sciences have found new evidence for how these tank-like armored dinosaurs used these signature tail clubs. Their study was published today in the journal Biology Letters.

[Related: This new species of dinosaur looks like Zuul from Ghostbusters.]

A very complete and well-preserved fossil of Zuul crurivastator housed at the Royal Ontario Museum has spikes along its flanks that were broken and actually re-healed while the dinosaur was still living. Scientists believed that these injuries were caused from a strike by another ankylosaur’s massive tail club.

The team suggests that ankylosaurs had complex social behavior, potentially battling one another for territorial and social dominance or even engaging in a rutting season for mates the way many animals like deer and elk do. In animals alive today, specialized weapons like the antlers of deer or the horns of antelopes evolved to be used mostly for fighting off members of the same species during battles for territory or mates.

The plant-eating dinosaur lived throughout the United States and Canada during the late Cretaceous Period, about 74-67 million years ago. The Zuul skeleton used in this study was found in the famed fossil-rich Judith River Formation of northern Montana.

Initially, Zuul’s skull and tail had been freed from the surrounding rock, while its body was still enclosed in 35,000 pounds of sandstone. The body was exhumed after years of work, and had most of the skin and bony armor across the entire back and flanks in tact. This gave scientists a remarkable view of what the dinosaur actually looked like when it roamed the Earth.

“I’ve been interested in how ankylosaurs used their tail clubs for years and this is a really exciting new piece of the puzzle,” said study co-author Victoria Arbour, Curator of Palaeontology at the Royal BC Museum, in a statement. “We know that ankylosaurs could use their tail clubs to deliver very strong blows to an opponent, but most people thought they were using their tail clubs to fight predators. Instead, ankylosaurs like Zuul may have been fighting each other.”

The back half of the ankylosaur’s tail was stiff and the tip was covered in huge bony blobs, making the tail a pretty fierce sledgehammer-like weapon. The new research shows that the tail clubs could have been used for inter-species combat as well as a defense against bigger predators and that this conflict within the species likely drove their evolution.

“The fact that the skin and armour are preserved in place is like a snapshot of how Zuul looked when it was alive. And the injuries Zuul sustained during its lifetime tell us about how it may have behaved and interacted with other animals in its ancient environment,” said David Evans, Temerty Chair and Curator of Vertebrate Palaeontology at the Royal Ontario Museum, in a statement.