Esther Lederberg changed our understanding of how bacteria breed

Overshadowed by her Nobel-winning husband, Lederberg made essential discoveries in microbiology and genetics. 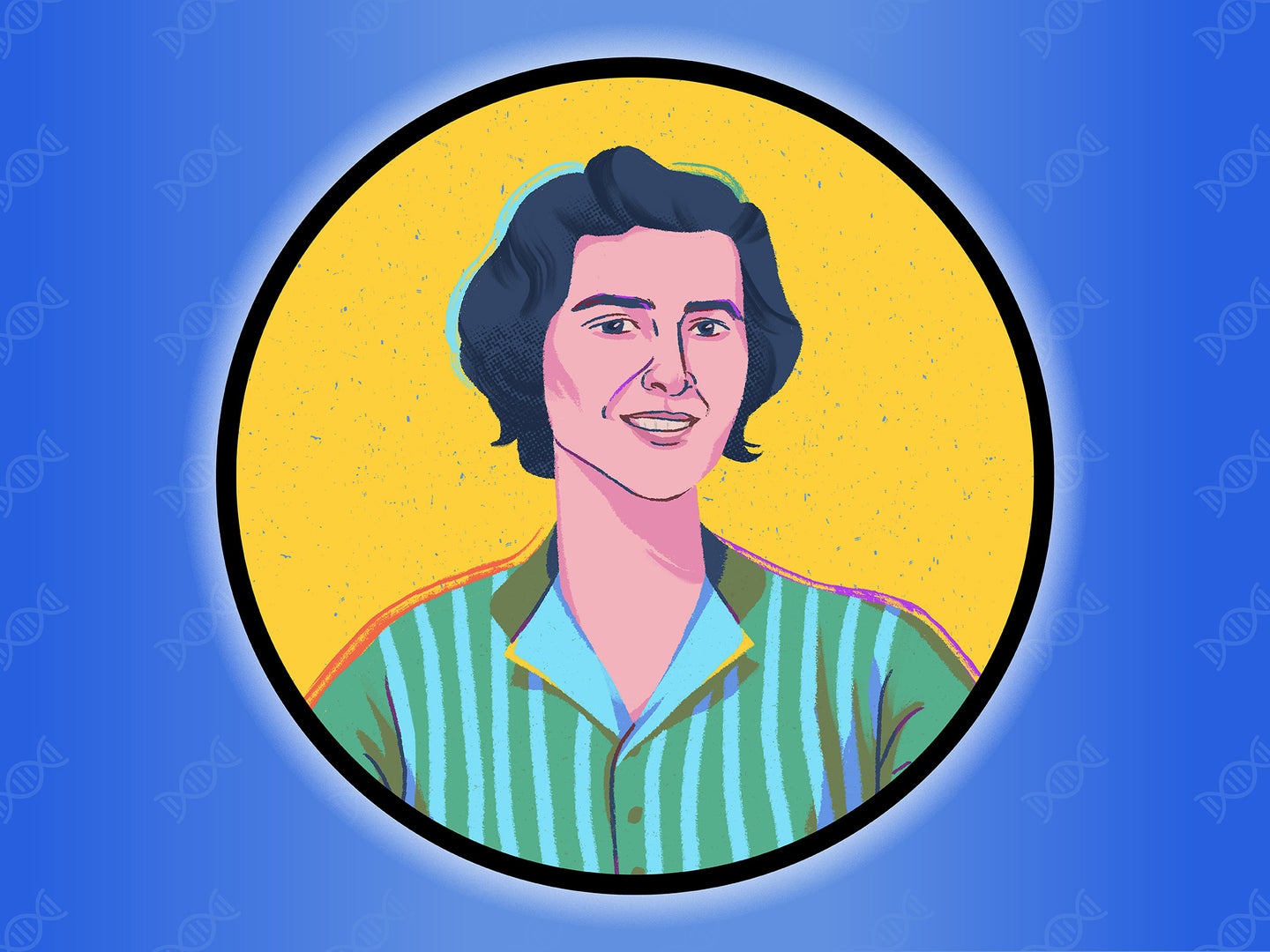 On December 10, 1958, microbiologist Esther Lederberg stood next to her husband. Clad in a pale, floor-length gown, clutching a small purse in gloved hands, she gazed unsmiling into the camera. Joshua Lederberg had just won a Nobel Prize in Physiology or Medicine for his discoveries in bacterial genetics.

For him, it was the spectacular peak of his career. For her, a bittersweet moment. Esther had worked with Joshua in a lab for more than a decade. She had helped him earn the highest recognition in science, yet he shared the award with two male researchers. Meanwhile, she was marked not as a brilliant scientist, but a brilliant scientist’s wife.

Born in New York City in 1922, Esther Miriam Zimmer grew up during the Great Depression. Her family owned a printing business, but money was tight—meat was a rare treat, and lunch often consisted of a slice of bread topped with tomato juice. As a child, she impressed her family with her language abilities; she mastered Hebrew, and graduated high school at 15 with awards for French and Spanish. The obvious and acceptable path for this bright young woman would have been to earn a teaching degree at Hunter College. She pursued biology instead. Biographer Thomas E. Schindler—whose account was the first in-depth look at Lederberg and a key source of insights into her life—speculated that she might have fallen in love with it after reading Microbe Hunters, a science bestseller from 1926. After a master’s in genetics at Stanford University, she moved back to New York in 1945.

A year later, at a post-war symposium at Cold Spring Harbor, which focused on heredity and variation in microorganisms, she met Joshua Lederberg. The pair married on December 13, 1946. To celebrate, the newlyweds attended a lecture on the mutagenic effects of nitrogen mustards—toxic chemicals designed for warfare, some of which were also tested as cancer treatments. Eventually, they settled down together at the University of Wisconsin (now the University of Wisconsin-Madison) where they both focused on bacterial genetics.

The two researchers complemented each other. Joshua was a big picture thinker, but not a bench worker, while Esther was a keen experimenter with dexterous laboratory hands. Joshua came up with novel terms like plasmids and microbiomes, and Esther made his ideas bloom in petri dishes. Joshua proved that bacteria could exchange genes with one another, but it was Esther who prepared the cultures for many of his experiments.

Many of those experimental protocols were extremely tedious and time-consuming. For some of them, she had to lift tiny samples of bacterial colonies with a sterile needle and transfer them to new plates—sterilizing the needle, and repeating it again, and again. One day in 1951, she had an idea that originated from her make-up kit: Like many other women, she powdered her face using a pad of velveteen cloth. She wondered what would happen if she pressed the soft fabric onto a bacteria-seeded petri dish and then pressed it onto a clean plate. Would it leave a microbial imprint similar to the ink stamps from her family’s printing business? When she tried it, the germs in the second dish turned out to be an exact copy of the original. That tinkering evolved into a new technique named replica plating, which remains a laboratory staple to this day.

That wasn’t Esther’s only lasting contribution. She also discovered, for the first time, a bacteria-targeting virus that hid inside its host genome instead of killing it. She named it “phage lambda,” and the finding helped scientists understand how viruses transfer DNA from one bacterium to another (transduction) as well as how bacteria swap their own DNA (horizontal gene transfer)—concepts now harnessed to develop genetic therapeutics and other drugs. When she followed Joshua to Stanford after he won the Nobel, she was the inaugural director of the Plasmid Reference Center at Stanford University until 1986, a year after her official retirement.

The prize, however, tipped the delicate balance of Esther and Joshua’s life in his favor. He came to lead the newly created department of genetics at Stanford while Esther’s position didn’t even offer tenure. This phenomenon is called the Matilda Effect (named for American suffragist Matilda Gage, who described it in her essays in the 1800s) in which women’s scientific contributions are credited to men or overlooked. Conversely, many well-known male researchers enjoy the Matthew Effect, in which other people’s work is more likely to get attributed to them.

The Lederbergs’ marriage fell apart in the wake of the Nobel, and they divorced eight years later. In 1993, Esther married Matthew Simon, a mathematical linguist. After she died in 2006, he spent years plowing through her records and photos in order to put together a memorial website in her honor—and help give her a legacy all her own.