Move over, Stegosaurus, there’s a new armored dino in town

Scientists uncovered a 'shield-bearing' dinosaur that weighs as little as a cat. 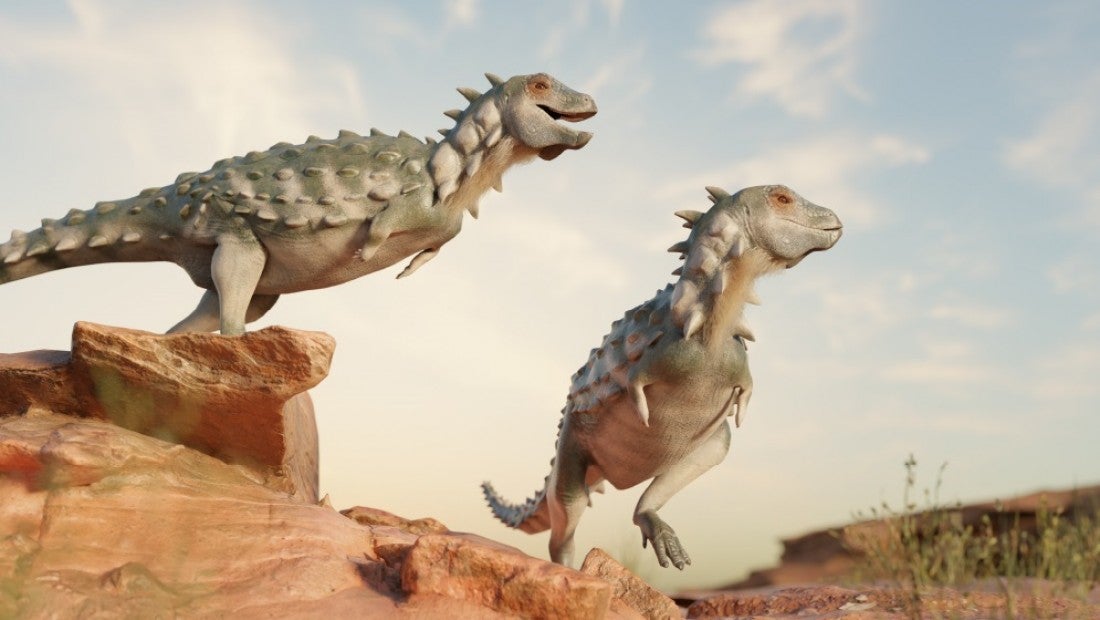 Paleontologists in southern Argentina have recently discovered an adorable, five-foot-long armored dinosaur. The Jakapil kaniukura roamed the Earth during the hot and humid Cretaceous period roughly between 145.5 and 65.5 million years ago, and weighed 9 to 15 pounds–the size of the average domestic cat.

The tiny dino’s fossilized remains were dug up during multiple digs over the over the past 10 years near a dam in Patagonia’s Río Negro province. The province is home to the La Buitrera palaeontological zone, a region well-known for the discovery of three complete southern raptors (Unenlagia) skeletons, herbivorous terrestrial crocodiles, the oldest found chelid turtles, and more.

Jakapil is part of the Thyreophoran dinosaur group that lived from the Jurassic period to the early Cretaceous period whose name means “shield bearer.” This feisty-looking group includes the bony backed, spiky tailed Stegosaurus and the tank-like Ankylosaurus. Like its prickly cousins, Jakapil had built in physical defenses, with rows of bony oval-shaped armor along its neck, back, and down to its tail.

[Related: This fossilized butthole gives us a rare window into dinosaur sex.]

The team published their findings in the journal Scientific Reports on August 11th. They first discovered Jakapil’s partial skeleton alongside 15 tooth fragments, which revealed that jakapil’s teeth were leaf-shaped like a modern-day iguana’s.

According to lead paleontologist Sebastián Apesteguía, Jakapil marks the first-of-its-kind discovery of an armored dinosaur from the Cretaceous in South America. It also resembles a more primitive form of thyreophoran dinosaur that lived in the area significantly earlier.

“Thyreophorans originated about 200 million years ago and rapidly evolved into various species distributed throughout the world,” Riguetti, first author of the work and a Conicet doctoral fellow at the Center for Biomedical, Environmental and Diagnostic Studies at Maimónides University said in a release. “However,of these early thyreophorans, the lineage represented by ‘Jakapil’ was the only one that lasted until at least 100 million years ago.”