The secret to saving salmon is lodged in their ears

Salmon of the Nushagak River shift their habitat year-to-year—and that has important implications for how we protect these fish. 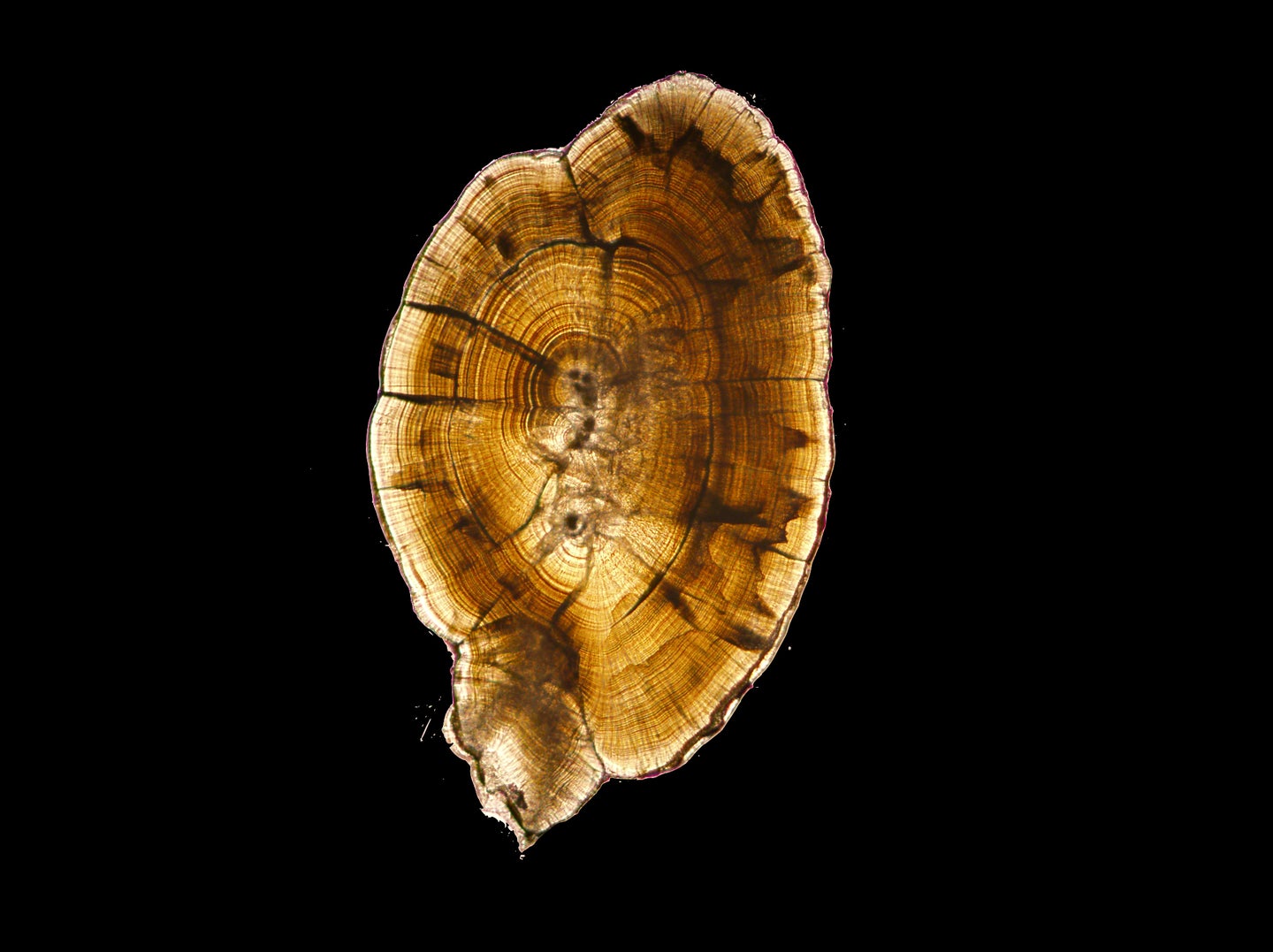 The sockeye and Chinook salmon that hatch, grow, and return to spawn on southwest Alaska’s Nushagak River are part of the world’s largest salmon fishery, Bristol Bay. The bay is home to a $1.5 billion fishing industry and plays a crucial role to local subsistence-based communities. And a new study shows protecting them is far more complicated than previously thought.

That’s because the fish have a dynamic, ever-changing relationship with the vast and varied habitat of the Nushagak watershed, shifting where they hatch and grow year-to-year, according to a new study published today in Science. This makes it hard to declare where the best habitat is. “We show that these dynamics are shifting around, influencing how the entire landscape produces key resources and how that varies through time,” says Sean Brennan, lead author and fisheries ecologist at the University of Washington. “The entire landscape is interconnected and all contributing to the production of these resources.”

Ideal habitats for mobile species like salmon move about over time in response to changes in the environment, resulting in what ecologicals call “shifting habitat mosaics.” The study demonstrates how the Bristol Bay fishery—the source of almost half the world’s sockeye salmon—remains reliable even while the salmon shift between habitats across the watershed. “It’s a really elegant study that shows how salmon watersheds work,” says Matthew Sloat, director of science at Wild Salmon Center, a conservation organization.

Conveniently, fish harbor a perfect tool to map their habitat mosaic: ear stones, or otoliths, that accumulate mineral layers across their lifespan. In a sliced ear stone, these layers looks just like tree rings—and relay similar information. The stones form as calcium carbonate from the river water accumulates over time. These layers alone wouldn’t indicate a location, but natural waterways also contain small amounts of strontium, which also gets laid down within the calcium carbonate layers. Depending on where in the fish are, the ratio of strontium isotopes varies, creating a unique chemical signature that researchers can use to determine where salmon have been living over their entire lifetime. And, the size of ear stone rings can reveal how much a fish grew in a particular environment. The scientists plucked these stones from sockeye and Chinook returning from sea at the mouth of the Nushagak. They analyzed the otoliths of a total of 1,377 salmon, collected during 2011, 2014, and 2015.

Locations of where fish originated on the river varied year-to-year, as did where the young fish foraged and grew, the study found. For example, in 2011, Chinook hatched in the northwest portion of the basin, the upper Nushagak River. But this area of high production moved east to the Mulchatna River, a tributary of the Nushagak, in 2014 and 2015. In 2014, sockeye originated near the Tikchik Lakes; in 2015, the fish hatched across a wider spread of lake and river habitats.

Why some locations are great spawning or growing habitat one year and not the next is not an easy question to answer, says Brennan. “Good habitat” for salmon involves some combination of temperature, food availability, and streamflow conditions.

What scientists do know is that having such a menu of habitat options is crucial for the survival of mobile species. As the authors write, “Shifting habitat mosaics are a central feature of what makes ecosystems resilient.” The mosaics allow species to adapt to change—when one area is less productive, they can find better habitat. “The system itself itself acts as more than the simple sum of its parts,” says Brennan. “You essentially have this built-in buffering capacity to produce this renewable resource that is critical to the region.”

Sloat adds that in contrast to Bristol Bay’s relatively consistent, sustainable catch, fisheries in the Lower 48 tend to have more polarized good and bad years. That’s because those watersheds are far more developed than the pristine Nushagak, and lack the mosaic of habitat types found there.

The study indicates that attempts to delineate habitat can backfire. A draft environmental impact statement for the proposed Pebble Mine, a controversial copper and gold excavation that would be located along a tributary of the Nushagak, described impacted fish habitat as being of “lower quality” and continued on to state that “drainage-wide impacts to Pacific salmon populations from these direct habitat losses would be unlikely.” But that perhaps ignores the long-term variation in ideal habitats across the basin. “This study demonstrates that the short-term assessments can give you a misleading picture of the value of salmon habitat—a stream with low productivity one year may have high productivity another year,” says Sloat. “So, that’s an important message for development, that you really need to think more long-term.”

Especially as the climate warms, protecting these whole mosaics—not just patches of habitat—will be important, says Brennan. “One way to build in the capacity to adapt and be resilient to that type of unpredicted change is to keep all the options on the table to spread the risk.”