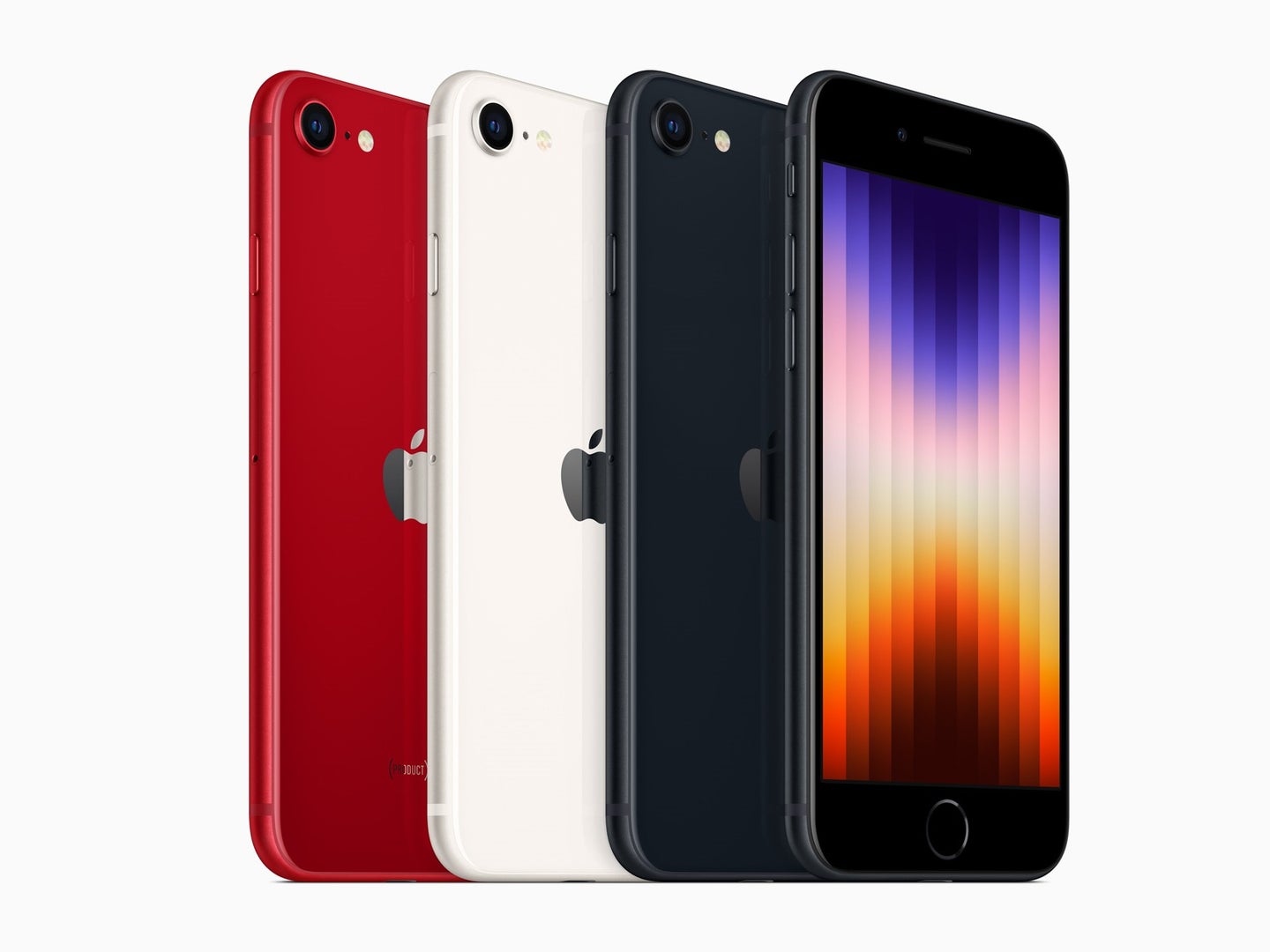 Apple announced updates for two of its more affordable mobile devices at its “Peek Performance” event held Tuesday, March 8, introducing a new, fifth-generation iPad Air with its M1 processor inside and a third-generation iPhone SE that adds support for 5G. Both devices are available for preorder beginning Friday, March 11, and will be released on March 18.

The iPad Air with an M1 chip takes a step closer toward competing with Apple’s 11-inch iPad Pro. The new tablet now offers comparable performance, support for 5G connectivity, USB-C with up to 10Gbps data transfer speeds, and an improved 12MP front-facing camera that can track subjects as they move around a space.

Apple claims the M1 processor’s 8-core GPU brings 2x faster graphics performance to the new iPad Air compared to the 2020 model. That means you can more easily play graphic-intensive games, edit multiple streams of 4K video, and experience more realistic augmented reality. You also get the same support for Apple Pencil 2 and Apple’s lineup of keyboard cases, including the Magic Keyboard. Apple mentioned the new iPad Air will support the new release of iMovie, which is set to release next month.

Apple said the iPad Air’s 10.9-inch Liquid Retina display has a peak brightness of 500 nits and HDR support. However, it doesn’t appear to include ProMotion, a display feature that offers an adaptive refresh rate up to 120Hz. The feature is available on iPad Pro and iPhone 13 Pro models and provides users with a more fluid and responsive experience when swiping through content and menus.

Just like the 2020 iPad Air, the new version lacks Face ID for logging into the device. The new iPad Air still features a power button that includes Touch ID. Face ID has become such a prominent part of Apple’s high-end device lineup, so it’s not entirely surprising it hasn’t come to the iPad Air. Still, the new Air finds an impressive balance between power, design, and price, and sits just below Apple’s 11-inch iPad Pro at a price that makes it more accessible.

Apple has also introduced an updated iPhone SE that adds support for sub-6GHz 5G and the same A15 Bionic chip found in the iPhone 13 series. It will be available for $429 with 64GB, which is an increase over the previous model’s starting price of $399.

The iPhone SE’s design remains unchanged, featuring a 4.7-inch display and Touch ID home button. It also retains the single 12MP camera on the back, although Apple said it’s gaining some software-based improvements like Deep Fusion to draw out more detail in images and HDR 4 to make your photos look punchier while maintaining skin tones.

One of the iPhone SE’s biggest weaknesses was its battery life, and Apple claims we’ll see improvements thanks to the A15 Bionic chip. Speaking of battery, the iPhone SE still supports Qi wireless charging, though it lacks MagSafe functionality. Other specs include an IP67 rating for water resistance and the “toughest glass in a smartphone on the front and back,” which can also be found on the back of the iPhone 13 series.

The new iPhone SE starts at $429 for the 64GB version and is available in midnight, starlight, and Product Red. You can also find the device with 128GB and 256GB of storage.