Digging into some frequently asked questions about Apple AirTag including how to get the battery out. 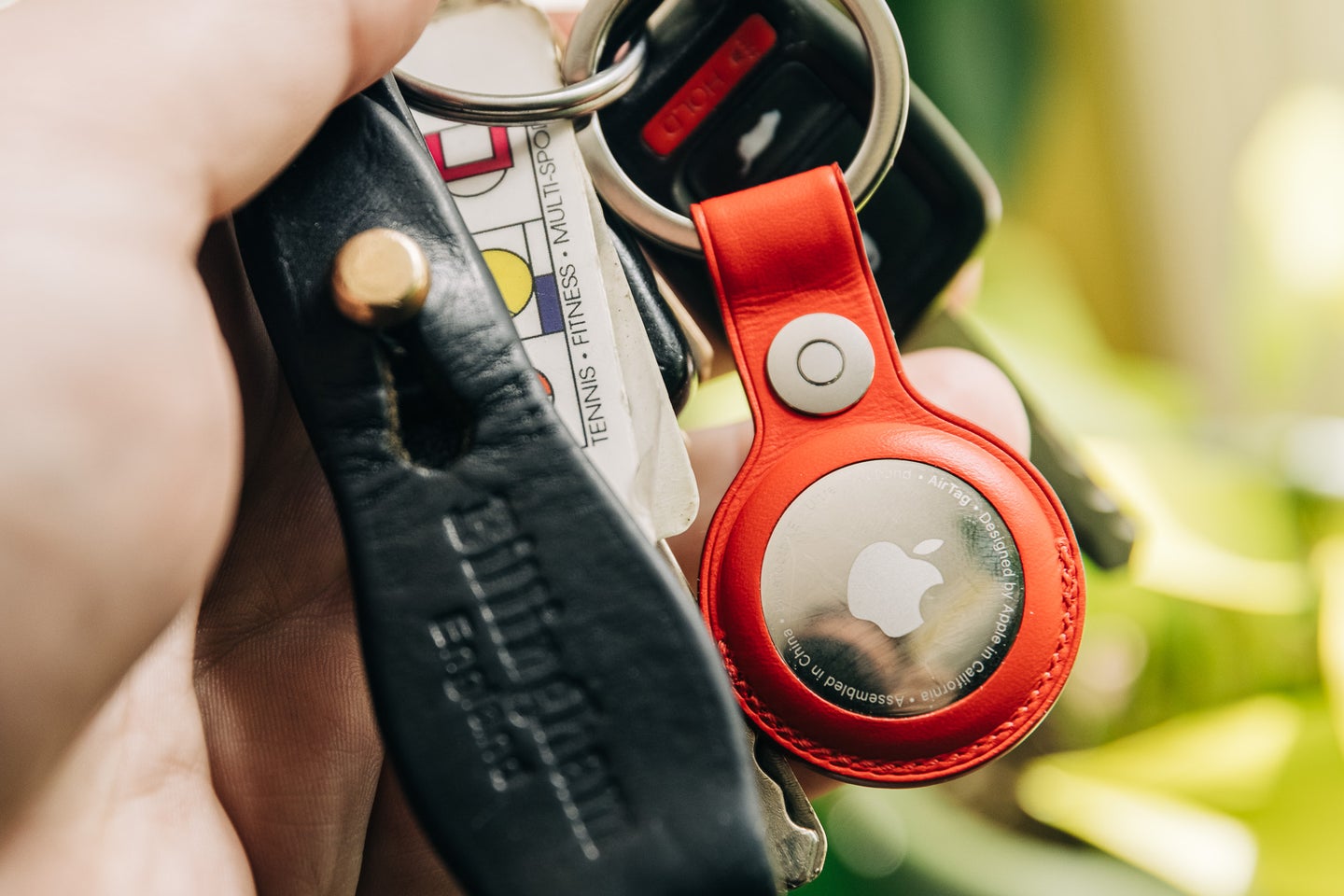 This week, Apple finally announced AirTag. These button-sized trackers rely on the company’s Find My network to keep tabs on just about anything. I’ve had a handful of them for the past 24 hours, so don’t consider this a full review, but I can answer some of the most common questions I’ve seen online. Here’s a list of things you may be wondering.

Apple sells single trackers for $29 and four-packs for $99. The packages sport a rather minimal design with an actual-size picture of the AirTag on the outside. The package sizes make them look like they could house a really classy vape and its refills, respectively. They feel perfectly suited for Apple to market them as “stocking stuffers” when the holiday shopping bacchanal commences later this year.

Does AirTag have a hole in it for a clip?

Nope. You can stick it in the pocket of a jacket or a bag. But, if you want to attach it with a clip or carabiner, you’re going to need to buy an accessory. I’m currently trying out the $29 Loop, the $39 Leather Loop, and the $35 Leather Key Ring.

Various companies have already announced AirTag accessories, including some from long-time Apple pal, Belkin. Moment has announced some simple, low-profile mounts that attach an AirTag to your computer or tablet without too much fuss.

Are they easy to set up?

As soon as you peel off the protective plastic layer, the AirTag beeps and goes into pairing mode. Bring it close enough to a compatible iPhone and it will pop up a familiar pairing module like the one for the Apple Watch or AirPods.

The phone will ask you if you want to associate the AirTag with your device, and once you agree, it asks you to choose a name for it. There’s a predetermined list of objects to choose from. It’s full of boring practical stuff like “keys” and “backpack.” I recommend something that seems funny now, but will become very annoying and frustrating down the road when you need to use the service. Try something like “cherished sled from my childhood” or “Secret emergency stash of Aunt Annie’s pretzels gift cards.”

What can you do with AirTag once it’s up and running?

Clicking into the Find My app will give you several options. You can play a sound from the tag so you can track it down that way. You can also use the Find feature, which relies on the most recent iPhone’s built-in chip to give you a hyper-accurate location. Once activated, Find mode literally guides you to your AirTag with on-screen directions and haptic feedback.

Will AirTags work with my ancient iPhone that I refuse to upgrade?

It depends on how ancient we’re talking. You’ll need iOS 14.5 to get the AirTags working, which means anything older than an iPhone 6S is out of luck. Those phones have stopped getting important updates and it’s probably time to upgrade anyway.

What kind of battery does AirTag require and how the heck do you get the compartment open?

AirTag isn’t rechargeable. Rather, it relies on a CR2023 button battery. Believe it or not, you can find them at most department stores in the battery department. Amazon sells six-packs for $9, which is pretty cheap when you consider Apple says each one will last a year.

To replace the battery, set the AirTag down on a table with the white side facing down. Use two fingers to push down on the shiny side, then turn slightly and the back comes off. I had to look up a YouTube video on how to do it because I didn’t see instructions in the packaging. Maybe I lost the instructions in a fit of irony.

Apple AirTags have achieved IP67 toughness ratings, which means it should be able to survive at least 30 minutes submerged in up to 3 feet of water. I hucked mine in a full bathtub and it seemed to work just fine. Then I got in the bath, lit a candle, and wrote some of this article because it’s wrong to waste water (or opportunities for self-care).

Do the shiny AirTag surfaces collect scratches and fingerprints?

Yes. I expect AirTags to get a nice patina as it gets destroyed by the keys in my pocket over time.

When is the full review coming?

I’m going to live with AirTag for a while to see what it’s like in the real world. I had previously bad experiences with some other similar products from other companies. They often just didn’t work when I needed them. I have higher hopes for Apple’s effort.