Third-party magnetic accessories have started showing up for the iPhone 12. 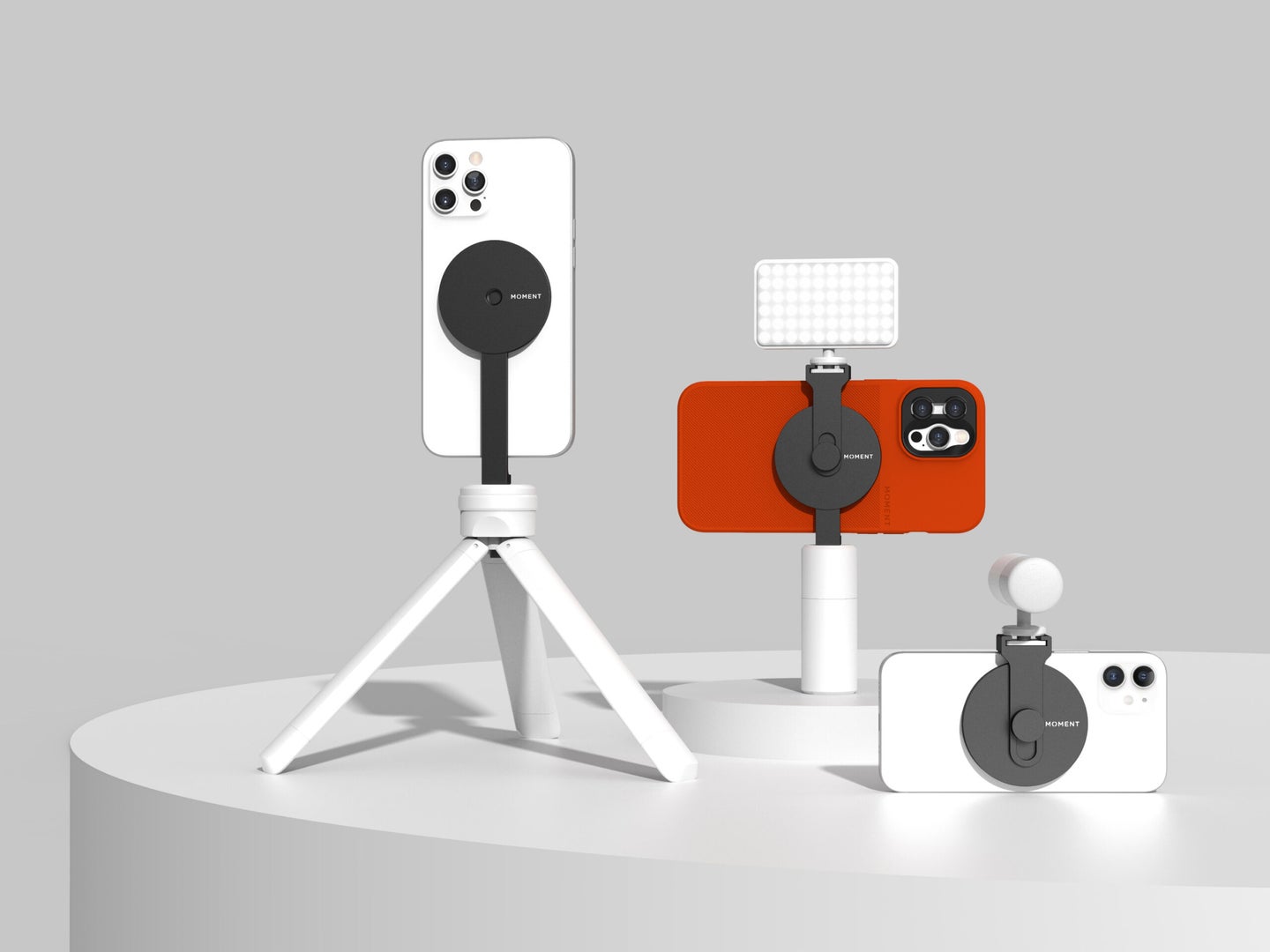 The bracket on top of the device can hold a light or microphone meant to sit on top of a DSLR. Moment
SHARE

Apple announced its new iPhone 12 lineup late last month. Its 5G connectivity was the big headline, but its MagSafe magnetic accessory system was a pleasantly useful surprise. Apple already makes some first-party accessories including cases, a pouch for the iPhone 12 Mini, and a wallet attachment that holds several credit cards to the back of your device.

MagSafe isn’t staying totally within the Apple family, however. Moment, a company best-known for its excellent smartphone accessory camera lenses, just released a series of MagSafe add-ons of its own.

As you might expect from Moment, many of the accessories are camera-related. There’s a universal tripod plate with various threaded sockets, as well as an adhesive wall mount that sticks to any flat surface with a tacky 3M adhesive. The company also offers both vertical and horizontal tripod mounts with a typical tripod socket on the bottom. The horizontal tripod mount and the dedicated cold shoe adapter both add a place to attach an accessory light like the ones that typically attach to the top of a DSLR.

Lastly, there’s a car vent mount meant to hold your phone in place as you drive. It’s handy for navigating with apps like Google Maps, but it’s also useful if you want to make videos in your car as you drive without breaking the law and holding onto your device.

Moment claims its (M)Force magnets provide an even stronger attraction than the first-party Apple accessories to prevent your phone from falling off any of the new mounts. That’s a worthy consideration for larger phones like the 12 Pro Max, which checks in at more than a half-pound in weight before you add a case. Moment also sells a line of MagSafe cases that work with its line of accessory lenses.

Apple is still in the process or rolling out its own MagSafe accessories—the MagSafe Duo launches “at a later date” and will charge both a phone and an Apple Watch at the same time. Companies like Belkin have started rolling out their MagSafe charging solutions, while Otterbox and other manufacturers are already shipping compatible cases.

Some analysts predict that MagSafe is a big step toward phones with no ports at all in just a few generations, which will make accessories compatible with Apple’s wireless charging tech even more valuable. If you’re a fan of snapping things onto the back of your smartphone, you can expect an exciting couple years to come.