Don't panic—you can get them back. 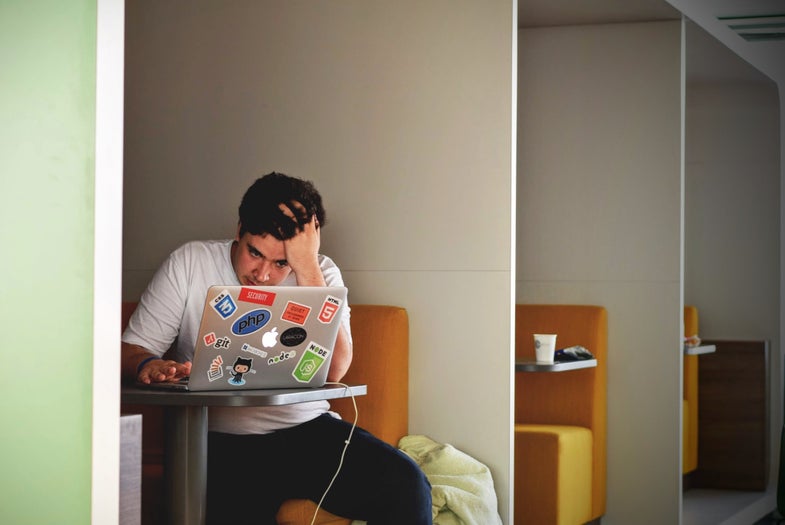 This story has been updated. It was originally published on May 30, 2017.

Now that we’re living in a mostly digital world, it’s a lot easier than it used to be to accidentally delete that precious family photo or important bank statement. One slip of the finger, and whole folders of files can disappear into the digital ether.

If you’re hit by such a mishap, don’t panic. If you keep calm and act fast, you might be able to get your files back. In fact, you can explore a few different methods on your quest to restore your data. From tools built into your operating system to third-party apps you can download for free, here’s how to rescue those files.

Nowadays, you really have no excuse for not backing up everything that’s on your computer and phone. The available backup and cloud storage apps are so comprehensive and easy to use that you barely have to do anything to update the spare copies of your data. What’s more, backups are your best protection against any accidental file deletion, not to mention other potential problems like ransomware.

Of course, if you don’t already have a backup system in place, it won’t be much help if you’ve arrived here in a panic. But you can at least make sure you set something up to protect your future files. On your computer, look at the options built into Windows (OneDrive) and macOS (iCloud), as well as independent apps such as Dropbox and Google Drive.

All of these services sync your files between computers and the cloud. So when a file disappears from one place, you can restore it from another. For example, in the Dropbox web interface, just click the Deleted files link and then restore whichever file or folder you want back. For even more protection against data loss, consider a service like Crashplan or Backblaze.

Check the Recycle Bin or Trash

Many people will have already thought of this one. But if you’re not aware, both Windows and Apple computers have folders that keep all deleted files for a short while—just in case you want them back.

A Windows machine calls this folder the Recycle Bin. Its icon might already be on your desktop, but if not, simply open File Explorer, click the drop-down menu at the start of the file path field, and choose Recycle Bin. You can click on individual items and restore them one by one, or select Restore all items to undelete them en masse. Files will return to their original location, though you can copy and paste them somewhere else if you prefer.

[Related: The recycle bin settings you didn’t know you needed]

If you’re on a macOS computer, deleted files will end up in the Trash, and this folder appears on the right-hand end of the dock by default. Again, you can drag files out of the Trash folder, or right-click on a file and choose Put Back from the options menu to restore them to their former location.

Both of these options are time-sensitive. On a Mac, files stick around in the Trash for 30 days. But on a Windows machine, they only stay in the Recycle Bin until the folder exceeds a certain size—so the sooner you act, the better.

Use a third-party app

A host of third-party applications promise to at least try to bring back your files from the digital grave—though none are guaranteed to work. These programs scour a specified disk to look for file fragments that haven’t been overwritten yet. Then, they (hopefully) piece those bits back together to make a coherent file again.

Options include EaseUS Data Recovery (for both Windows and macOS), Active@ Undelete (Windows only), Disk Drill (both Windows and macOS), and Recuva (Windows only). You can download and run all of these programs for free, though in some cases, you will have to pay to actually get your data back. Don’t part with any cash until a scan has actually run, and the program has confirmed that it can recover your important files.

You’ll find all of these choices, and most other reputable options, simple to use. And they don’t require much configuration either: Simply choose the drive you’d like to search through and let the app get to work. It’s a good idea to run more than one undelete program on your system, as different apps might be able to detect different sets of files.

How to recover files from phones or tablets

Phones and tablets handle file storage differently than computers do, making it harder to recover deleted information from these devices. On the other hand, a lot of mobile apps have an undelete feature built right in, so you might well be able to restore that erased file with just a few taps.

Take photos, for example—they’re the most common type of file you’ll be trying to get back from your phone. In Photos for iOS, tap Albums and then find the Recently Deleted album, which saves erased pictures for 30 days. In Google Photos for iOS and Android, open the menu and tap Library, then Trash to see recently deleted pictures, which stick around for 60 days before they disappear forever.

If your deleted files were erased from a memory card inside your phone, try plugging the card into a card reader attached to your computer and using one of the desktop applications we mentioned above. Again, there’s no guarantee that those files will be recoverable, but these tools are your best bet for getting your data back.