The Rap Guide To Climate Chaos 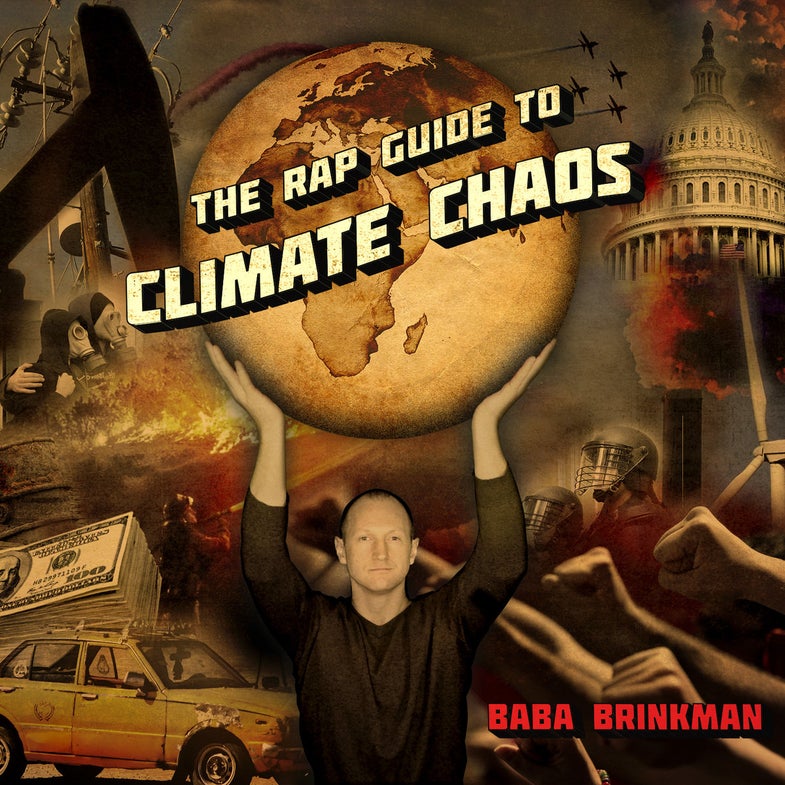 Baba Brinkman has 99 problems, but a firm grasp of climate science ain’t one.

The self-described “peer-reviewed rapper” just released a new album based on his one-man show. The Rap Guide to Climate Chaos takes listeners on a musical tour of the defining issue of our time, from carbon bubbles to cap-and-trade. If it sounds dense, fear not. In a field dominated by hockey-stick line graphs and jargon-filled policy papers, Brinkman’s lyrical stylings bring much-needed color, clarity and humor.

Science fans will gush over “What’s Beef,” a rhyming rebuke of climate denial with Bill Nye in the role of Biggie Smalls. Nye chimes in on the chorus: “What’s beef?/Beef is when the scientific findings all agree/Beef is when the public perceives controversy/Beef is when the contrarian view, with no data supporting it, still gets through.”

Brinkman grew up listening to NWA and Public Enemy, but he was always drawn to science as a source material. Brinkman’s previous works dug into contentious topics like evolution and religion. In every endeavor, he sought the counsel of experts.

In writing The Rap Guide to Climate Chaos, Brinkman conferred with world-renowned climatologists Michael Mann and Gavin Schmidt, along with Harvard science historian Naomi Oreskes. The final product was a play and an album that was as informative as it was entertaining.

“I hope people use the album as a wake-up call and a rallying cry to take the threat of climate change more seriously and, paradoxically, I hope they also lighten up about it and learn to have fun rising to the challenge,” said Brinkman. “If we can rock a dance floor with a song about carbon finance, maybe our species still has a chance.”

To buy the album or learn about Brinkman’s other projects, visit his website.