They're gonna need it 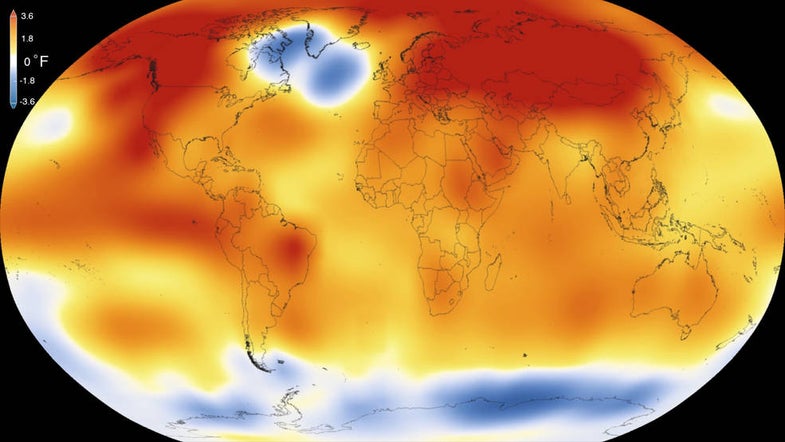 The next four years are not looking good for climate change. President-elect Donald Trump, who believes climate change is a hoax (it’s not), is looking for ways to dismantle the groundbreaking Paris climate agreement and has appointed a climate change skeptic to head up the Environmental Protection Agency.

But amidst the carbon-choked clouds gathering over our future, there is one small bright ray of sunshine: a group of schoolchildren has just won the right to sue the government over its failure to curb climate change.

The group, called Our Children’s Trust, consists of 21 young people between the ages of 9 and 20. In several states they’ve been arguing that “in causing climate change, the federal government has violated the youngest generation’s constitutional rights to life, liberty, property, as well as failed to protect essential public trust resources.”

As our country continues to rely on fossil fuels to power our homes and our cars, we’re already starting to feel the impacts of a warmer world. But it’s the next generation that will bear the brunt of the melting ice caps, drying farmlands, wildfires, and more severe storms. And it turns out they’re kind of mad about that.

Although various agents in the petroleum industry and the government motioned for the kids’ case to be thrown out, Judge Ann Aiken from Eugene, Oregon gave the kids the right to sue.

This is just the beginning of what will likely be a long and arduous legal battle for these kids, but it’s an important step in the right direction. The same tactic worked in the Netherlands last year, when a court ruled that the government “has to ensure that the Dutch emissions in the year 2020 will be at least 25 percent lower than those in 1990.” Here’s hoping we can repeat that in America.

Our Children’s Trust has organized several efforts to get youths across the country involved with combating climate change.

In you’re an adult and you want to get involved, here are four things you can do to help stop climate change from getting worse.

Correction 11/15/2016: A previous version of this article mistakenly stated that a previous judge ruled against the kids. We regret the error.