Project: GMOExperiment.com Genetically modified organisms (GMOs) have been around since the early 1980s, and have proven popular enough with farmers... 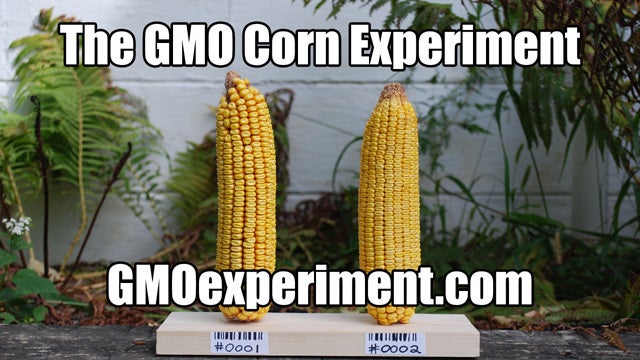 Genetically modified organisms (GMOs) have been around since the early 1980s, and have proven popular enough with farmers that by 2004, genetically modified crops were being grown by 8.25 million farmers in 17 countries. Although the general scientific consensus is that GMOs are safe, and have many benefits (including increased yield and better food security, especially for third world countries), GMOs have their opponents. Anti-GMO advocates are concerned that they have not been tested enough and may be harmful to humans and animals.

Meanwhile, on the Internet, all kinds of theories and claims abound, and unfortunately many of these are proclaimed as truth when they haven’t been verified. Biology Fortified, Inc. (BFI), a non-profit organization made up of science communicators, has decided to test one such claim (that wild animals avoid eating genetically modified corn) by launching a massive citizen science experiment.

For the experiment, registrants will receive four ears of corn, which will be enough to do two experiments. The ears will be placed on a special stand, and then placed outside on a dry day, in a place where squirrels, birds, etc., are likely to find them. Citizen scientists will take measurements, and send pictures and the data with an easy-to-use web portal. The ears themselves will be barcoded and double-blinded to safeguard the results of the experiment.

Although the crowdfunding phase of this project is already closed (the project was funded very quickly to 218% of it’s goal), there may still be some experiment kits left. You can register at this link, or if you would simply like to fund a kit for a school child, you can donate at this link.

You can also check out their Google Hangout or YouTube channel.